Indian benchmark equity indices, the BSE Sensex and NSE Nifty50, continued the downtrend on Wednesday closing lower for the fifth session amid lingering macro concerns, despite positive global cues. Trade sentiment remained cautious with a negative bias as the International Monetary Fund slashed its gross domestic product forecast for India for the current and the next financial year to 7 percent and 7.2 percent, respectively. Here are the main highlights from the stock markets today:

Here are the main highlights from the markets today

-Market slips for 5th straight day, ends at two-month closing lows with the Nifty slipping more than 356 points. The Sensex has erased 1,233 points in last 5 sessions.

Three private-sector lenders from the Nifty Bank index gained over 100 percent, doubling investor wealth in the last 5 years. These include Kotak Bank, HDFC Bank, and IndusInd Bank. The Nifty Bank index has risen 88 percent in this duration as compared to a 45 percent gain in the Nifty50 index. READ MORE

Metal stocks declined on Wednesday, with the Nifty Metal index down about 3 percent in the afternoon session. A consistent global economic slowdown and domestic liquidity crunch, along with a lacklustre demand from both auto and construction companies have weighed on metal prices in recent times. The automobile industry in India has been experiencing major stagnation for the past four quarters. READ MORE

Zee Entertainment is the only Nifty50 stock that rose in double-digits this month. Zee Entertainment shares jumped over 11 percent in one month as promoters are in talks to sell a stake of the company. However, in last one year, the stock price has eroded 28 percent and about 21 percent this year.

However, the company has been delivering a good set of earnings after it launched its OTT platform, Zee5. The June-quarter earnings saw a strong set of numbers. The company's consolidated net profit surged 62.6 percent to Rs 530.6 crore compared to Rs 325.88 crore in the corresponding quarter last year. READ MORE

IndiGo promoters — Rakesh Gangwal and Rahul Bhatia — are finally headed for a truce, sources told CNBC-TV18, adding that the finer details of an agreement between the two arrived at by the board are being worked out. The board meeting was held on July 19 and 20 to consider the April-June earnings of the firm as well as to discuss the dispute between the two promoters. There are no differences between the promoters on operational issues and airline strategy, said the sources on the condition of anonymity. READ MORE

Nearly 100 fund managers sell entire stake in Yes Bank in last 1 year; what should you do?

In the last one year, about 100 mutual fund managers have completely sold their stake in Yes Bank. In June 2018, 227 mutual fund schemes had Yes Bank in their portfolio; however, by June 2019, the number was reduced to 132, data from Morningstar India showed. Consequently, the exposure of mutual funds to Yes Bank drastically came down to Rs 1,751 crore in June 2019 from Rs 8,930 crore in June 2018. However, a sharp fall in the price of the scrip is also responsible for this. READ MORE

Chennai-based Dolly and Rajiv Khanna, famous for picking quality mid and smallcap stocks, cut their stake in 11 companies in the June quarter, according to shareholding data as of July 22. Most stocks in their portfolio (primarily mid and smallcaps) have given negative returns so far in 2019, which has led the duo to reduce holdings. There are six companies in which the duo reduced stake in June quarter but kept it above 1 percent. They are IFB Agro Industries, Nocil, Muthoot Capital, Rain Industries, Nilkamal and Radico Khaitan. READ MORE

Shares of Britannia Industries fell for the fourth trading session and hit a one-month low of Rs 2,635.95 due to weakness in the stock market. Shares of Britannia Industries were down 3 percent at Rs 2,648, the weakest among the Nifty FMCG stocks. So far in 2019, shares of the company have fallen nearly 15 percent, while the Nifty FMCG index, which declined 5.6 percent during the same period.

Eicher Motors' shares dropped to a three-year low of Rs 16,175 on a report that HDFC Bank has stopped extending credit to its dealers. Weak automobile sales across the country have led to lower profits for dealers, and increased the number of defaults by them. Higher defaults by dealers could be a reason for HDFC Bank stopping funding. At 12.30 pm, shares of the company were down 4 percent at Rs 16,420, the worst hit on the Nifty 50.

Nifty CPSE index tanks 9% in 1 month. Is it still a good investment? 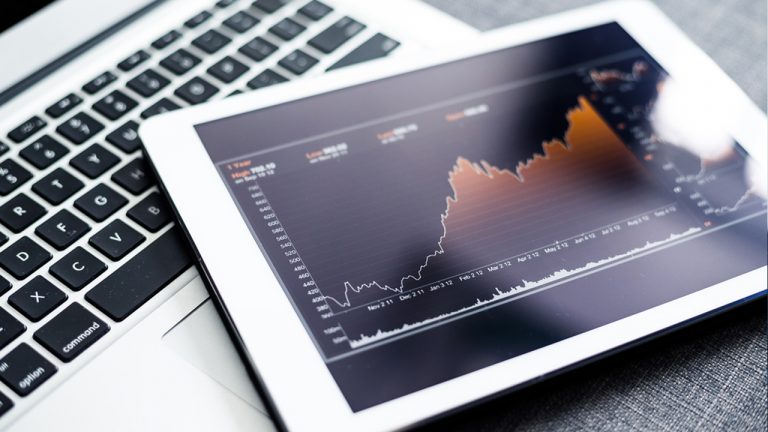 The CPSE-ETF, which is an open-ended investment scheme, was launched as a route for divestment of part of the government's stake in certain CPSEs.

Drawing from a cricketing analogy, Gautam Shah, director & chief technical analyst at JM Financial, said that the Nifty Bank is Rohit Sharma of the market.

Shares of HDFC Life gained as much as 5 percent to Rs 532.90 after the company reported a near 12 percent rise in June-quarter net profit. HDFC Life's first-quarter profit-after-tax advanced to Rs 425 crore as compared to 380 crore in the corresponding period last year, as the value of the new business (VNB) doubled for the company. READ MORE

Shares of Mahindra & Mahindra Financial Services declined as much as 15 percent to a 52-week low of Rs 289.15 on Wednesday, after India's largest tractor financier reported a 66 percent slump in its June-quarter consolidated net profit. READ MORE

Gold prices rose on Wednesday, moving away from a one-week low touched in the previous session, as escalating tensions in the Middle East drove investors towards the safe-haven metal, while a stronger dollar limited the metal’s gain. Spot gold was up 0.3% at $1,420.65 per ounce as of 0353 GMT, after hitting its lowest since July 17 at $1,413.80 in the previous session. US gold futures were steady at $1,421.30 an ounce.

#CNBCTV18Market | #Nifty fails to hold 11,300, trades below this level for the first time in the last two months pic.twitter.com/gJhlI2C1nM

Indian shares edged up after a flat start on Wednesday. The Sensex added over 84 points, or 0.22 percent, to trade at 38,067 in initial trade. The Nifty also surged 23 points, or 0.20 percent, to trade at 11354. The Nifty MidCap index was up 0.14 percent, while the Nifty Bank too gained 0.12 percent. Yes Bank, Zee Entertainment, HDFC, Indiabulls Housing Finance and Titan were among top Nifty gainers, rising by up to 2 percent. BPCL, Grasim, Maruti Suzuki, Cipla and Indian Oil Corp declined by up to 1.3 percent.

The Securities and Exchange Board of India (Sebi) Prohibition of Insider Trading Regulations 2015 (PIT Regulations) have been equipped with its recent round of amendments to play an increasing role in public M&A transactions. Based on the recommendations of the Committee on Fair Market Conduct chaired by TK Viswanathan, the amended PIT Regulations, which came into effect on April 1, 2019, have lent much required clarity to various aspects of deal making. READ MORE

Bharti Infratel Q1 Earnings: Key things to watch out for

Here are the key things to watch out for:

-A muted quarter is expected for the company, with the revenue seen flat at Rs 3,600 crore.

-For FY19, the revenue growth was only 0.6 percent and there was a sharp decline in the average tenancy from 2.26 to 2.06. The tenancy is likely to be weak in Q1 as well. The average tenancy has declined for the sixth straight quarter now. READ MORE

Media firm Zee Entertainment Enterprises Ltd (ZEEL) Tuesday reported a 62.56 per cent increase in consolidated net profit at Rs 529.76 crore for the first quarter ended June 2019, helped by growth in subscription revenue. The company had posted a net profit of Rs 325.88 crore in April-June quarter a year ago, ZEEL said in a BSE filing. Total income during the quarter under review stood at Rs 2,112.03 crore, up 15.93 per cent from Rs 1,821.78 crore in the corresponding quarter of the previous year. READ MORE