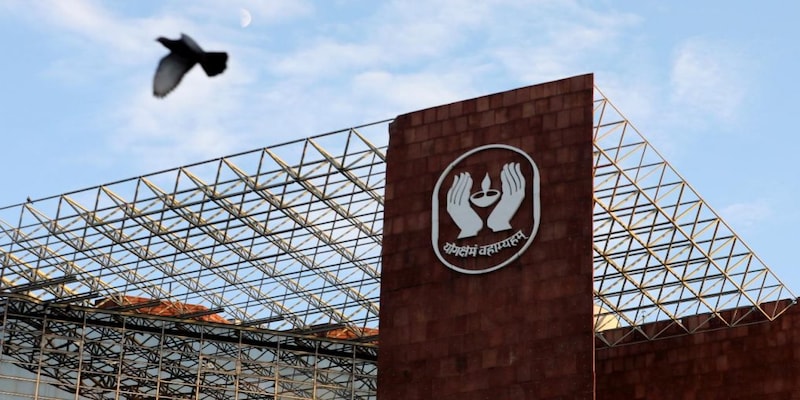 Finance Minister Nirmala Sitharaman announced in her budget speech the initial public offer (IPO) of Life Insurance Corporation of India (LIC) is "expected shortly." The government is planning to raise up to Rs 1 lakh crore through the sale of shares in the LIC IPO, which could be India's biggest IPO to date.

The IPO, which is expected to come out in early March, is expected to fill the fiscal deficit of this year. A report by IIFL Securities has detailed the strengths, weaknesses, opportunities, threats (SWOT) analysis of the LIC IPO.
SWOT Analysis of LIC IPO
Strengths
Brand name: LIC is one of the "oldest and strongest" companies in India in terms of brand awareness. As per the report, the company is domestically and internationally known for its brand image, campaigns, and corporate excellence. LIC is also one of the third strongest and tenth most valuable insurance brands globally.
Product portfolio: The company caters to a wide range of product offerings, from insurance plans to whole life plans, moneyback plans, and endowment plans. Each of its plans has multiple schemes catering to different age groups and types of customers.
Market share: Plus, its market share is the highest in new business premiums (61 percent) and the number of policies (71 percent). Its accounts under management doubled to Rs 37.7 trillion in FY21 on a standalone basis.
Inorganic growth: It has a slew of investments throughout companies — private and public — that allows the company to grow organically while providing them with capital support. It has two subsidiaries and four associate companies that look after its pension fund, housing finance, mutual fund, banking, and cards business.
LIC has the strongest network of agents in the country. As of March 2021, it had over 13.5 lakh agents across the country.
Also Read | Union Budget 2022: LIC IPO expected shortly, says FM Nirmala Sitharaman
Weakness
Life insurance is a competitive industry. Despite LIC being a market leader, private companies compete with LIC in terms of better service. Moreover, the report said, "The company lacks in giving proper service to their customers due to their traditional way of doing business."
LIC is also one of the largest employers in the country and shouldering this responsibility of enabling employment, it rarely invests in technology to improve its efficiency. Plus, the government often intervenes in the business where "maximum growth and income is involved," the report said. This affects the "decision making and utilisation of its resources."
As compared with private players, LIC's expenditure on advertisement is low, as shown by the "quality of ads and content they create."
Opportunity
IIFL Securities said the company has the ability to expand its product portfolio and cater to customers by introducing even more products depending on the needs of the customers. "The company should look forward to expanding its footprints into new geographies with new products," it said.
The report also said LIC should focus on spending heavily on advertising and marketing to create new product offerings and cater to new-age customers.
Also Read | From LIC to Delhivery, Ola, Pharmeasy, a look at upcoming IPOs in 2022
Technology has played a major role in the insurance sector for a long time. The company can exploit advanced technologies such as blockchain and artificial intelligence to improve the business on a greater scale, the report suggested.
LIC has a high disposable income, which can be put to use by investing in new-age companies, from which even LIC can benefit in terms of technology advancement and make a high return, the report advocated.
Threats
"LIC has to abide by the rules and regulations laid down by the government. This puts limitations on the growth of the company," the report said, adding that the company has invested in many loss-making companies in the past due to policies laid by the government.
It further mentioned the mis-selling attributes of LIC agents, saying the company doesn't have a complete hold on the agents. "In order to gain personal interest, the agents mis-sell the customers with policies not required by them due to which LIC losses the customer's trust," the report mentioned.
LIC restricts its chances of catering to the young urban population by following traditional methods. They do not have a liberty "to garner new technologies and means of distribution," it said.
Catch today's market highlights
(Edited by : Ajay Vaishnav)
Check out our in-depth Market Coverage, Business News & get real-time Stock Market Updates on CNBC-TV18. Also, Watch our channels CNBC-TV18, CNBC Awaaz and CNBC Bajar Live on-the-go!