Laxmi Organics IPO opens today; why should you subscribe it

Laxmi Organics IPO opens today; why should you subscribe it 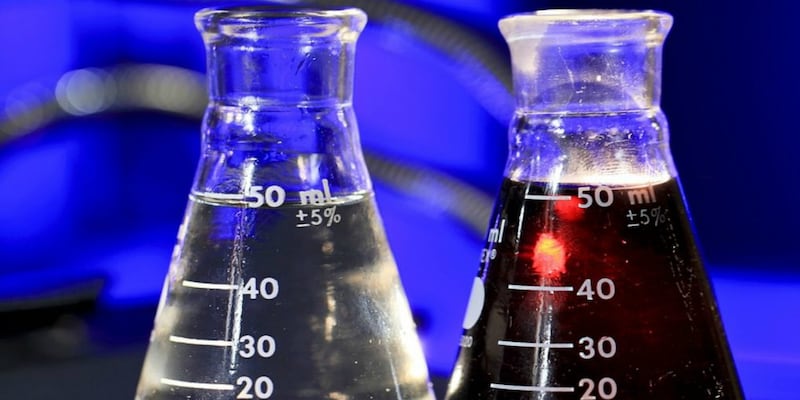 Most brokerages advise subscribing to the issue on strong growth and expansion plans and high market share in the specialty chemicals space.

The initial public offering (IPO) of Laxmi Organics, a specialty chemicals manufacturer, opened on Monday with the aim to raise Rs 600 crore. The company has fixed the price band for the issue at Rs 129-130 per share. The IPO will close on March 17.

The total issue size has been reduced to Rs 600 crore from Rs 800 crore earlier as the company has raised upto Rs 200 crore in its pre-IPO placement. The IPO comprises a fresh issue of Rs 300 crore and an offer for sale of Rs 300 crore from promoter group Yellowstone Trust.
The company garnered Rs 180 crore from 15 anchor investors ahead of its initial share-sale at Rs 130 per share.
Most brokerages advise subscribing to the issue on strong growth and expansion plans and high market share in the specialty chemicals space. New acquisitions and a great clientele are also key positives for the firm.
Anand Rathi
The company has a strong presence in Acetyl intermediaries & specialty intermediates business. Further, it is establishing the Fluorospecialty chemicals business. The company plans to expand and optimise its capacity and product portfolio. Considering the growth prospects, we give this IPO a 'subscribe for the long term' rating.
Angel Broking
We recommend Subscribe on Laxmi Organic’s IPO with a long-term perspective given its striking growth plans led by scheduled new acquisitions, expansion of core business, the entry in high margin fluoro chemistry segments and long-term contracts for specialty intermediates.
The company is the largest manufacturer of ethyl acetate with a 30 percent market share. It is the sole manufacturer of diketene derivatives in India with a 55 percent market share. While growth has been muted in FY20 due to floods and low production along with weak spreads, we expect it to improve as new capacities and business segments come on stream in FY22/23E.
Emkay
We believe Laxmi Organic will report better growth than the industry average in both the divisions (AI & SI), driven by increasing capacities, strong customer relations, long-term intermediate contracts, favorable product mix, and a better demand environment. Its entry into the complex high-margin fluorochemicals space will open up new growth avenues for the company along with margin expansion. At the upper end of the price band at Rs 130, the stock would be available at 77 times FY20 post issue EPS.
Choice Broking
At a higher price band of Rs. 130, the company is demanding a P/E valuation of 77.2x, which is at a significant premium to the peer average of 43.4x. However, if we annualize the H1 FY21 EPS, the demanded valuation P/E comes out to be 37.7x. Considering the historical performance, the issue seems to be aggressively priced. Hence, we recommend 'subscribing with caution' for the issue.
Check out our in-depth Market Coverage, Business News & get real-time Stock Market Updates on CNBC-TV18. Also, Watch our channels CNBC-TV18, CNBC Awaaz and CNBC Bajar Live on-the-go!