Updated : February 08, 2019 03:08 PM IST
Large inflows, instead, are seen going back into liquid funds.
Equity mutual funds received Rs 6,158 crore in January as against the Rs 6,606 crore in December, a fall of around 6.7 percent, according to AMFI data.

The inflow into equity mutual funds, including the Equity Linked Saving Scheme (ELSS), fell for the third straight month in January and remained largely subdued, according to the Association of Mutual Funds in India (AMFI) data. Equity mutual funds received Rs 6,158 crore in January as against the Rs 6,606 crore in December, a fall of around 6.7 percent, according to AMFI data.

Investments in the equity mutual funds declined largely due to the increasing risks in the global markets such as the persisting US-China trade war,  the upcoming general elections and the ongoing volatile trend in the financial markets. 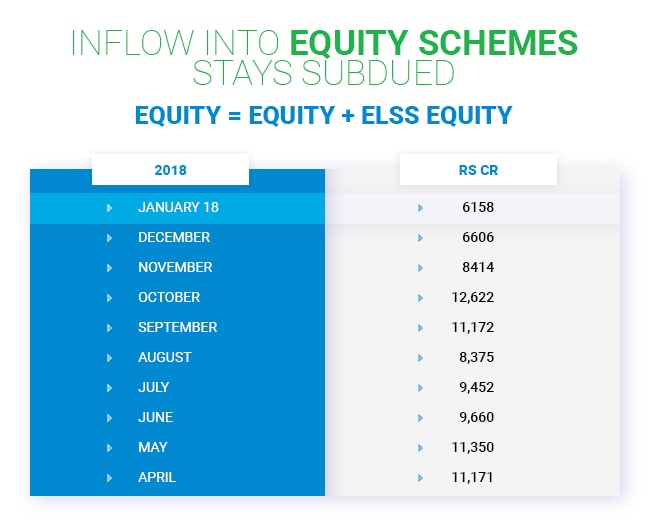 Large inflows, instead, are seen going back into liquid funds. Liquid funds, which are used for investing money in short-term market instruments in essentially the money-market category, saw an inflow of Rs 58,637 crore last month, compared to around Rs 1.5 lakh crore in the month of December. 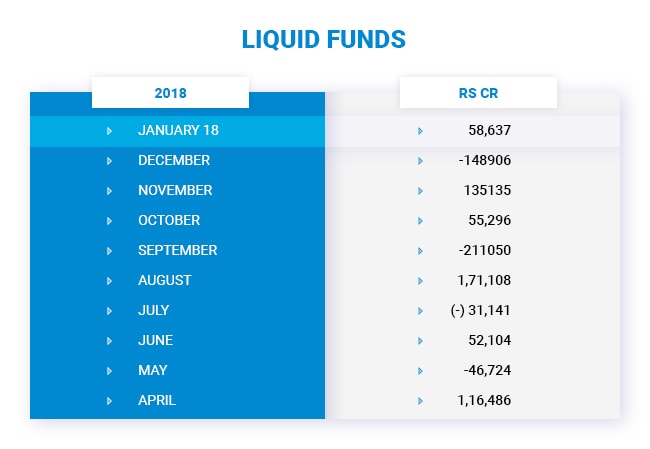 Balanced funds, often called hybrid funds and own both stocks and bonds, witnessed an outflow of Rs 952 crore in January, Amfi data showed, compared to an inflow of Rs 45 crore last month. Equity Exchange Traded Funds (ETFs) are investments that combine stock investment and equity mutual funds. The inflow in this category has also seen a sharp decline of Rs 721 crore from the earlier Rs 10,878 crore, almost a 93 percent decline.

The stock market, going by the recent trend, has been very volatile due to geopolitical risks and macroeconomic changes in the Indian economy, among other reasons. Taking into account all the above, the total of the inflow into income funds, that is mutual funds, ETFs or any other type of fund that generate an income stream for investors, has seen an overall inflow of Rs 2,080 crore in January as against the outflow of Rs 3,407 crore in the previous month.