With the RBI policy now behind, the focus on Dalal Street will turn to domestic auto sales, quarterly business updates, the forex market and foreign fund flows. Analysts warn that an extended pullback might not be so easy for the market.

Auto sales, forex moves and foreign fund flows will be in focus on Dalal Street this week, after the RBI boosted the sentiment on Friday with a rate hike that was along expected lines, though Governor Shaktikanta Das warned of more increases in the coming months. Quarterly business updates and any wild moves in crude oil will also be on investors' watch list in the holiday-truncated, four-session trading week.

Globally, a slew of speeches by major central bankers will be on investors' radar.

The week that was

Indian equity benchmarks Sensex and Nifty50 fell more than one percent each last week — a third back-to-back weekly loss and the longest losing streak in four months. Negative global cues amid persistent worries about steep rate hikes and their impact on economic growth continued to hurt investors' appetite for risk in check on Dalal Street.
Investors cheered the absence of surprises in the RBI's monetary policy at the fag end of the week, helping both headline indices trim their weekly cuts. 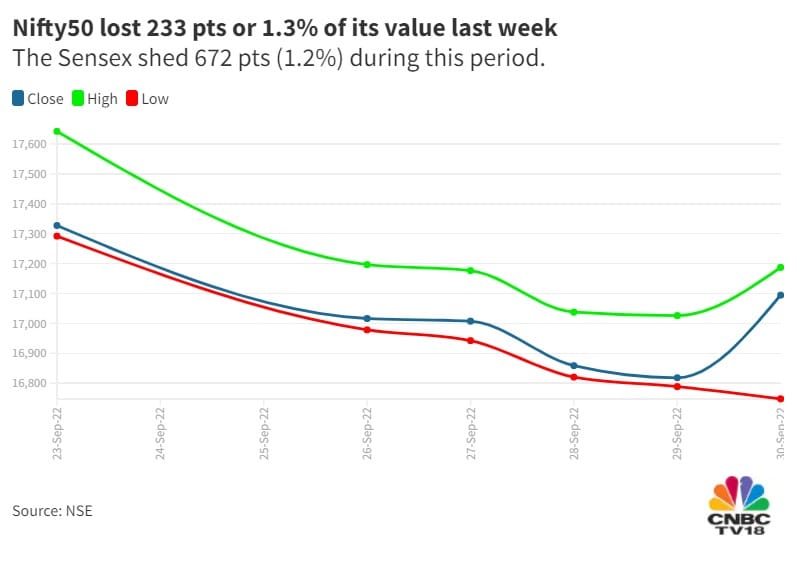 Weakness in auto, metal, oil & gas and financial stocks pulled the main indices lower, though strength in IT and healthcare shares lent some support.

A total of 36 stocks in the Nifty50 basket declined for the week. Adani Ports, Hero MotoCorp, and Adani Enterprises — which entered the 50-scrip universe last week — were the top laggards. 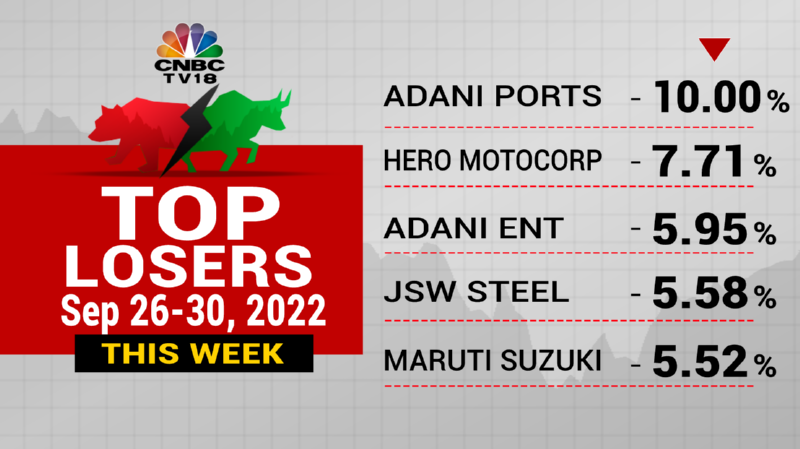 On the other hand, PowerGrid, Dr Reddy's and Cipla were the blue-chip stocks that rose the most. 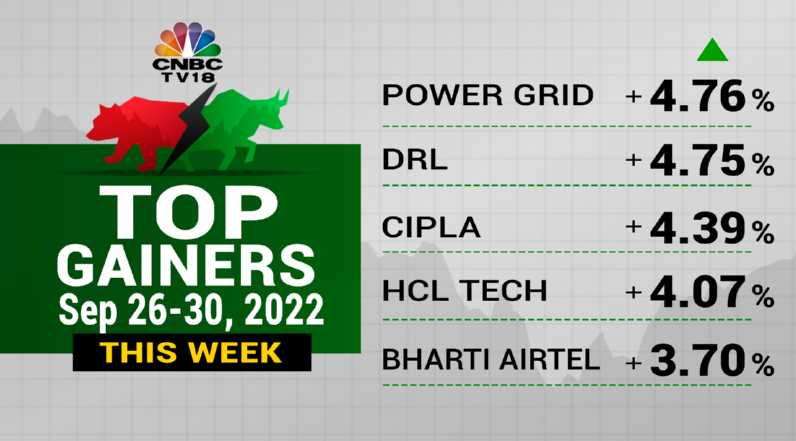 Broader markets mirrored the weakness in the overall market. What to expect
It’s going to be tough for the market to build on Friday’s rebound amid feeble global cues. A lot would depend on how the banking and financial packs perform as other sectors and index majors are not offering any decisive signal," said Ajit Mishra, VP-Research at Religare Broking.
Technical outlook
"Market sentiments are looking sideways to positive where we are recommending a 'buy on dips' strategy for investors," said Anuj Gupta, Vice President-Research at IIFL Securities. He sees support and resistance at the following levels:
Gupta expects the rupee to trade with a positive bias between 80 and 81 levels against the US dollar.
Here are the key factors and events that are likely to influence Dalal Street in the week beginning October 3:
DOMESTIC CUES
Macroeconomic data
A PMI reading on manufacturing in the country is due on Monday. One on services will be released on Thursday.
IPO market
Consumer durable and electronics retailer Electronics Mart will launch an IPO on Tuesday to raise up to Rs 500 crore.
Market holiday
Indian financial markets will remain shut on October 5 for Dussehra.
GLOBAL CUES
Check out our in-depth Market Coverage, Business News & get real-time Stock Market Updates on CNBC-TV18. Also, Watch our channels CNBC-TV18, CNBC Awaaz and CNBC Bajar Live on-the-go!