Home First Finance shares continued to rise for the third consecutive day after Jefferies initiated coverage on the stock with a 'buy' call and a target price implying more than 25 percent upside potential. The brokerage is banking on the Mumbai-based housing finance company's leading position in the affordable segment, growth prospects owing to strong demand and network, and improving asset quality.
The Home First Finance stock gained by as much as Rs 21.6 or three percent to Rs 740 apiece on BSE, taking its surge to 12 percent in three back-to-back sessions with large volumes. 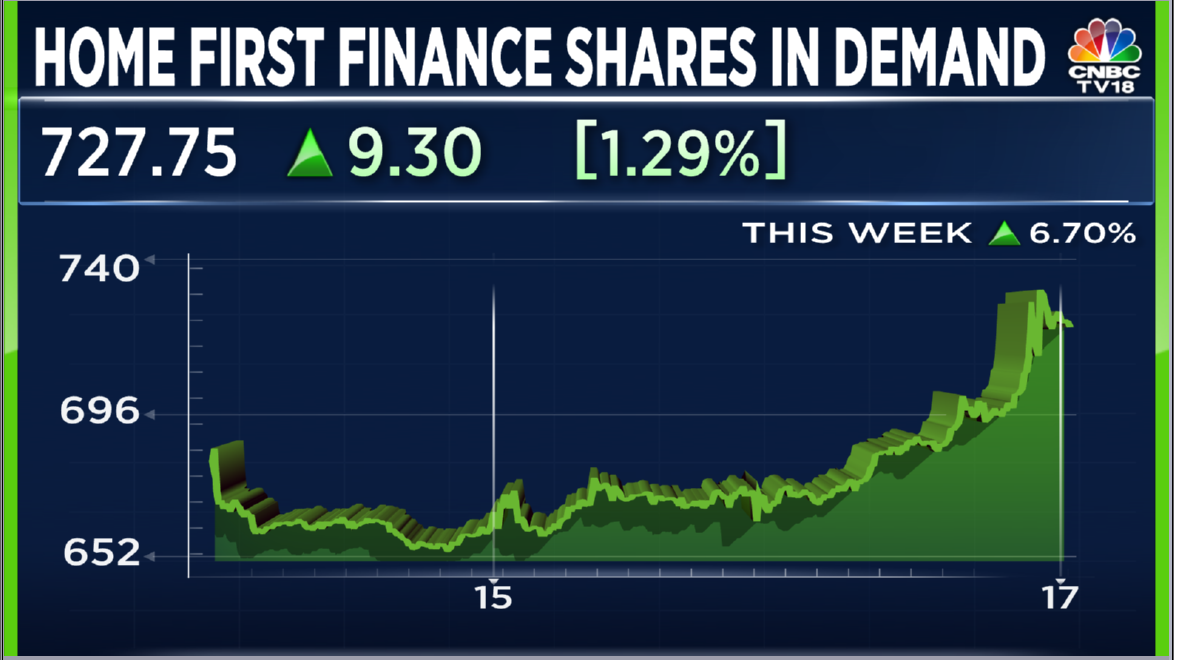 Jefferies expects housing credit demand to remain strong, with loans at housing financiers operating in the affordable segment to grow at a CAGR of 17-18 percent over the four years ending March 2025.
It expects Home First's earnings per share (EPS) to grow 24 percent over the four years ending March 2025, driven by strong profit growth and improving return on equity (RoE), which it believes should support a rerating. 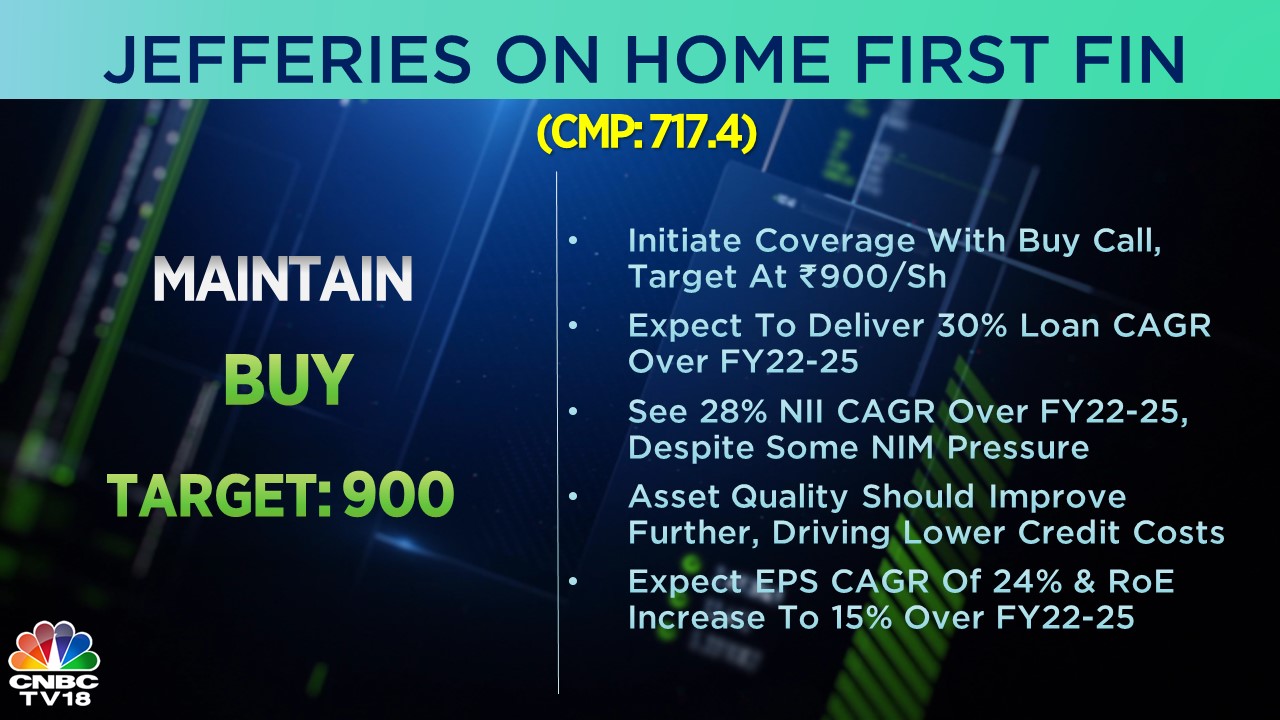 The brokerage is positive on higher productivity at Home First. The company disburses 2-3 times loans by value per branch compared with its peers "as it targets urban peripheries with more concentrated demand, originates 72 percent of loans through third-party connectors and leverages tech (tech cost at 26 bps of loans higher vs peers) and centralised underwriting to reduce cycle time," Jefferies said.
The brokerage expects the company's earnings per share (EPS) to expand at 24 percent over the four years ending March 2025, driven by strong profit growth and improving return on equity (RoE) that it believes should support a rerating.
Home First reported a 21 percent increase in net profit to Rs 54.3 crore for the July-September period. According to a regulatory filing, its net interest income — or the difference between interest earned and the cost of servicing liabilities — rose 28.5 percent to Rs Rs 118.24 crore.
Net interest margin — a key measure of profitability for financiers —  improved by 130 bps to 6.5 percent. Its loan disbursals increased 36.3 percent to Rs 702.2 crore.
Jefferies expects its net interest income to grow at a CAGR of 28 percent over the four years despite some margin pressure.
Its asset quality — measured as a percentage of bad loans in total loans — improved. Gross non-performing assets improved by 20 bps sequentially to 1.9 percent in the July-September period. Home First Finance shares have lost almost 14 percent of their value in the past month, a period in which the Nifty benchmark has risen 6.4 percent.
Catch the latest market updates with CNBCTV18.com's blog
Check out our in-depth Market Coverage, Business News & get real-time Stock Market Updates on CNBC-TV18. Also, Watch our channels CNBC-TV18, CNBC Awaaz and CNBC Bajar Live on-the-go!