Explained: Evergrande debt crisis and why it matters for global markets

Explained: Evergrande debt crisis and why it matters for global markets 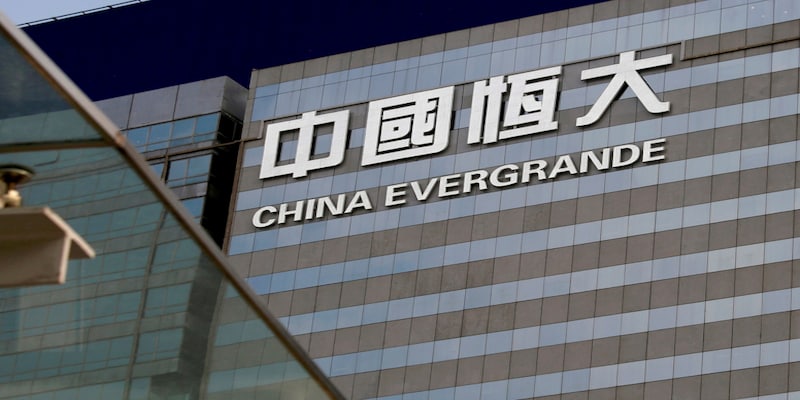 While many Chinese firms took a financial hit due to the cap imposed as part of Chinese President Xi Jinping's policy to crack down on big companies, Evergrande was one of the worst affected as it has borrowed upwards of $300 billion.

The richest 500 people in the world, including Jeff Bezos and Elon Musk, lost a combined $135 billion on Monday following a global rout in stock markets due to the Evergrande’s debt crisis.

India's veteran banker Uday Kotak recently likened it to "China's Lehman moment". It is well known that the bankruptcy of Lehman Brothers in 2008 was the climax of the subprime mortgage crisis in the United States. The financial crisis triggered a global recession.
The questions that now arise are — is the Evergrande crisis really China's Lehman moment? Is Evergrande that big a company? Can its collapse trigger a global financial depression?
The answer? Yes. It is likely that the uncontrolled fall of a Chinese real estate behemoth will have repercussions all around the world. In fact, stock markets of all major economies, including India, have already recorded worrying signs due to the Evergrande crisis in the past few days.
Here is all you need to know about the Evergrande debt crisis
The Evergrande empire
Chinese billionaire Xu Jiayin founded Evergrande in 1996 and sold bottled water. Later, the firm expanded to several areas, including pig farming and owning a football club, but what Evergrande is known for worldwide is its real estate business. The company also forayed into making electric cars and wealth management.
Evergrande Group is China’s second-largest property developer in terms of sales in more than 250 cities. In 2020, it recorded a gross profit of nearly $19 billion and in 2019, it was ranked 138th in the Fortune Global 500 list.
At its peak in 2019, Evergrande's market cap was over US $50 billion. Even today, the company owns 2 percent of all newly constructed real estate in China.
What is the crisis?
As part of Chinese President Xi Jinping's policy to crack down on big firms in China, more than 100 regulations were imposed on businesses that raised huge money via equity funds, borrowings, and IPOs in 2020. One of these laws sets a very strict cap on borrowings of companies.
While many Chinese firms took a financial hit due to this cap, Evergrande was one of the worst affected as it has borrowed upwards of $300 billion, which includes $19 billion in offshore US dollar-denominated bonds. The company has not just borrowed to run its real estate business but it also holds the money that people invested in its wealth management business.
Also Read: What experts say on Evergrande issue, its impact on Chinese, global economies
With such huge debts, come huge interest payments. However, it looks like the company may default on its debt. Once the shares of Evergrande lost steam due to the cap on borrowings, people who had invested in its wealth management business started asking for their money back. Those who had pre-deposited money to buy flats — that are not yet constructed — also asked Evergrande to either give them the possession of a flat or return their deposits. At present, Evergrande is faced with nearly 800 unfinished residential buildings, many unpaid suppliers, and more than a million people who paid deposits to buy flats.
As troubles mounted for the company, its shares melted significantly. Today, Evergrande's market cap is down to $4.9 billion, losing nearly 90 percent of its value. Now, Hong Kong billionaire Joseph Lau’s company, a major shareholder in Evergrande Group, has also hinted at plans to sell all of his stock in the ailing Chinese property developer.
Meanwhile, Evergrande has issued a statement saying, “Shareholders of the company and other investors should note that it is uncertain whether the Group could successfully implement the measures to ease the liquidity issues as mentioned in this announcement. Shareholders of the company and other investors are reminded to exercise caution when dealing in the securities of the company.”
The ripple effect
China is the biggest steel importer in the world and Evergrande's constructions used a lot of that imported steel. As the Evergrande crisis unfolded, the Indian stock market also took a hit. The shares of steel and iron ore companies lost value as Evergrande's business drove exports from India.
Also Read | Supply woes in China to keep steel prices elevated; India could see hike post monsoon: JPMorgan
Besides, around 29 percent of China’s gross domestic product is related to real estate. Therefore, the fall of Evergrande will certainly leave a dent in the Chinese economy. It is likely that every major nation will have to bear the ripple effect if China's economy takes a hit.
At a time when China is the biggest driver of the global economy post the COVID-19 disruption, any negative impact on the country's economy will slow down the global economic recovery.
IL&FS crisis presents a solution?
Uday Kotak sees a solution to the Evergrande's crisis in the way the Indian government dealt with the IL&FS crisis. In a tweet, he said, "Evergrande seems like China's Lehman moment. Reminds us of IL&FS. Indian Government acted swiftly. Provided calm to financial markets. The government-appointed board estimates 61% recovery at IL&FS."
Kotak was appointed by the Centre as the head of the IL&FS board. The board took necessary action to ensure that the fall of IL&FS is controlled and its collapse doesn't trigger an economic contagion. Now, the world is expecting the Chinese Communist Party to take measures and ensure that the Evergrande crisis doesn't spiral out of control.
(Edited by : Kanishka Sarkar)
Check out our in-depth Market Coverage, Business News & get real-time Stock Market Updates on CNBC-TV18. Also, Watch our channels CNBC-TV18, CNBC Awaaz and CNBC Bajar Live on-the-go!