Well, April 2018 series belonged to the bulls, the Nifty avoided a hat trick of down series after a near 1,000 points in the previous two series combined (February and March).

With the headline Nifty +5.3%, the Nifty Bank that is normally the anchor of the Nifty’s up move gained of little over 3%.

But the Nifty IT index took over and played a cracker in the past series.

The Nifty IT + 12% with TCS taking the lead, gaining 24% during the series became the first Indian company to hit a $100 billion mark.

Well, there were other gainers that contributed to the upside. Yes Bank came out of nowhere and delivered a stellar set of numbers.

The stock jumped 17% and half of those gained came on the last day of the series (Thursday). 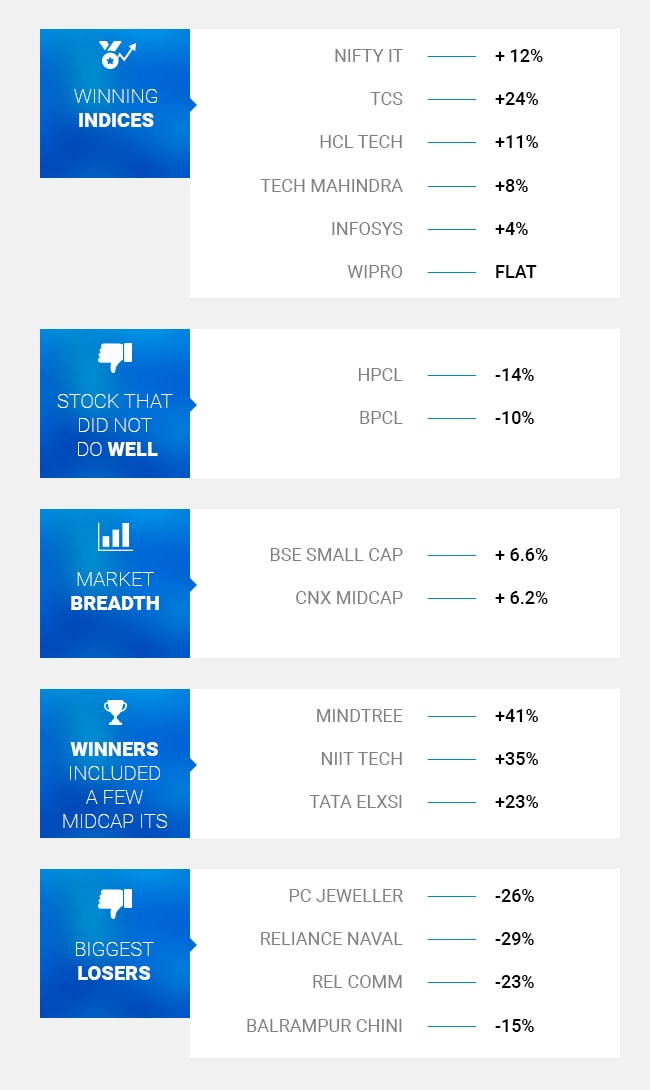 Oil marketing companies were expected to remain jittery in the run up to the general elections as crude oil spikes up and the big question is will they bear the brunt of this spike.

Raymond delivered a strong set of numbers and the street was happy with progress on their land development as well.