Rupee edges higher to 77.46 vs US dollar but rising oil rates limit upside

Rupee edges higher to 77.46 vs US dollar but rising oil rates limit upside 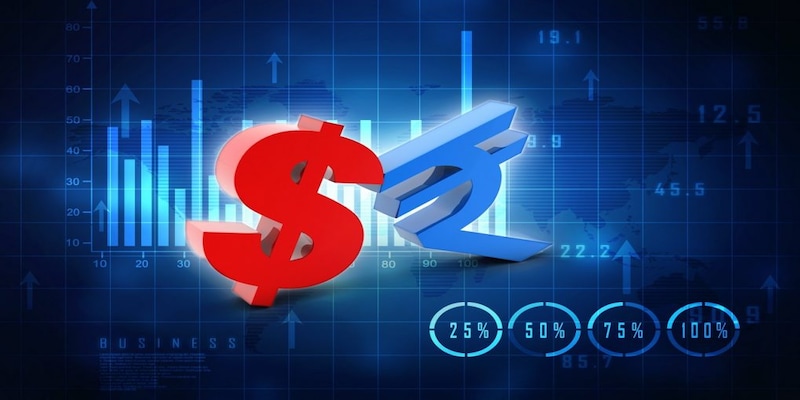 The rupee edged higher to 77.46 against the US dollar on Monday amid strength in domestic equities and weakness in the dollar overseas.

The rupee appreciated by as much as eight paise to 77.46 against the US dollar on Monday, supported by sharp gains in equities and weakness in the greenback. However, rising global crude oil prices kept the upside in the rupee in check.

The rupee began the day marginally higher at 77.52 against the US currency compared to its previous close.
Crude oil rates hit a two-month high amid speculations about the European Union's ban on Russian oil.
Brent futures were up by 85 cents at $116.4 a barrel at the last count. West Texas Intermediate (WTI) futures were up by 97 cents at $116 a barrel.
The dollar index — which measures the American currency against six peers — was down 0.2 percent at 101.5.
Analysts say the rupee is supported by a pause in the dollar overseas.
"Further gains in the dollar seem unlikely amid a lack of push from the improving risk appetite of investors and easing lockdowns in China," said Amit Pabari, Managing Director at CR Forex Advisors.
He expects the rupee to have a stronger move towards 77.10-76.80 over the short term.
The rupee had settled at 77.56 against the greenback on Friday.
Catch latest market updates with CNBCTV18.com's blog
Check out our in-depth Market Coverage, Business News & get real-time Stock Market Updates on CNBC-TV18. Also, Watch our channels CNBC-TV18, CNBC Awaaz and CNBC Bajar Live on-the-go!