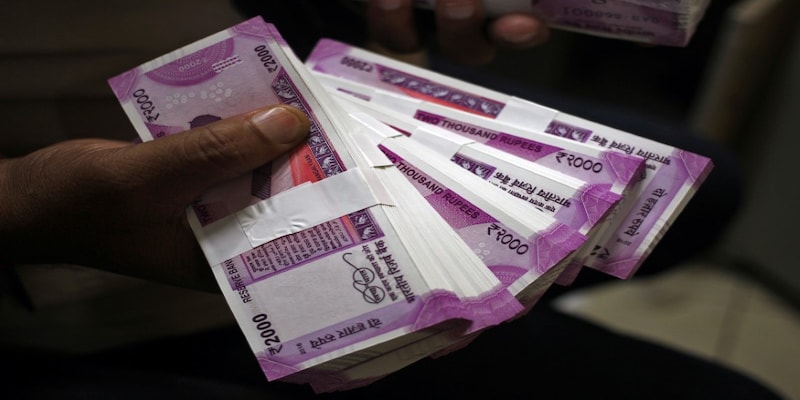 Decision of monetary policy committee on interest rates and intervention of the Reserve Bank of India would needed to stabilise the falling rupee, said credit rating agency CARE Ratings.

The rupee reached a 15-month low on Tuesday, but recovered smartly on Wednesday, as the RBI stepped in with heavy dollar sales.
“The rupee has witnessed depreciation vis-à-vis dollar with the dollar rate dropping from Rs 65 to Rs 67.5 during March 28 to May 15,” CARE ratings said.
Going forward, factors including Foreign Portfolio Investment (FPI) flows, direction of oil prices, movement in government-security yields (G-Sec), will determine the final direction of the rupee, added CARE.
According to the agency, several currencies have depreciated against dollar as well as fundamentals.
The main reasons for the strength in dollar can be ascribed to rising US treasury yields along with increased prospects of US economic expansion, said the agency.
US treasury yields rose on back of growing expectations of Federal Reserve to undertake three to four rate hikes during the year, inflation inching up to 2% target and unemployment reaching to historic lows. In addition to this, inflationary pressures from rising oil prices further lifted the yields.
Sustained outflows by foreign funds are also resulted in rupee depreciation. The economy has witnessed FPIs outflows to the tune of $2,765 million and $1,795 million in April and May, compared with FPIs inflows of Rs $3,513 million in April last year.
India’s trade deficit was largely stable, said CARE. The trade deficit remained more or less stable in April compared with April 2017. It is estimated at $13.72 billion as against the deficit of $13.25 billion in April 2017.
Check out our in-depth Market Coverage, Business News & get real-time Stock Market Updates on CNBC-TV18. Also, Watch our channels CNBC-TV18, CNBC Awaaz and CNBC Bajar Live on-the-go!