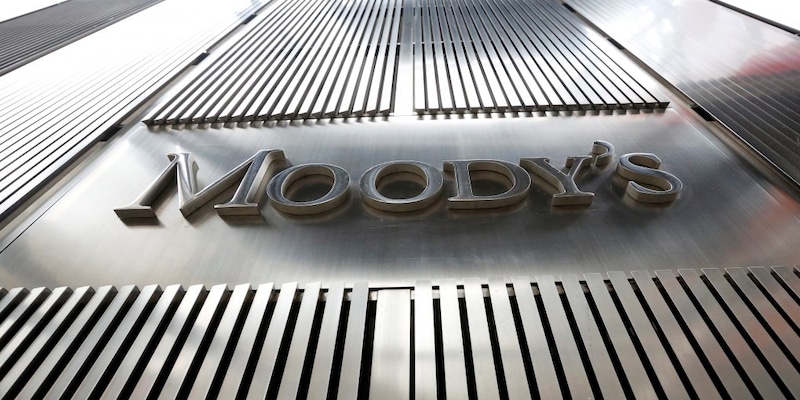 While the strengthening US dollar since mid-April has prompted a sharp currency depreciation, India is among the countries which are least vulnerable to a US dollar appreciation.

Even as rupee hit its all-time low earlier this morning, Moody's continues to believe that India is least vulnerable to currency pressures.

While the strengthening US dollar since mid-April has prompted a sharp currency depreciation, India is among the countries which are least vulnerable to a US dollar appreciation, said a report published by Moody’s.
“India's low dependence on foreign-currency borrowing to fund its debt burden limits the risk of currency depreciation transmitting into materially weaker debt affordability,” said the report.
Also Read: The rupee story – quo vadis?
The report also said the country’s significant build-up of foreign exchange reserves in recent years to all-time highs provides a support buffer to help mitigate external vulnerability risk.
India is benefitted from its large and relatively stable domestic financing base for government debt, which contributes to the economy's resilience by sheltering it from abrupt changes in external financing conditions, the report added.
Moody’s said although India's debt affordability is relatively weak, the average maturity of debt is close to 10 years and over 96 percent of it is in local currency.
While rise in oil prices has widened India’s current account deficit, it remains modest relative to gross domestic product (GDP) and is largely financed by equity inflows, including foreign direct investment.
Brazil, Mexico, Russia and China are the other countries with very low external vulnerability risk.
“Large savings channelled through the financial sector allows these economies to largely fund themselves domestically, thereby lowering exposure to volatile portfolio flows,” the report said.
Argentina, Ghana, Mongolia, Pakistan, Sri Lanka, Turkey, Zambia are among the most vulnerable to currency pressures, the report said.
Check out our in-depth Market Coverage, Business News & get real-time Stock Market Updates on CNBC-TV18. Also, Watch our channels CNBC-TV18, CNBC Awaaz and CNBC Bajar Live on-the-go!