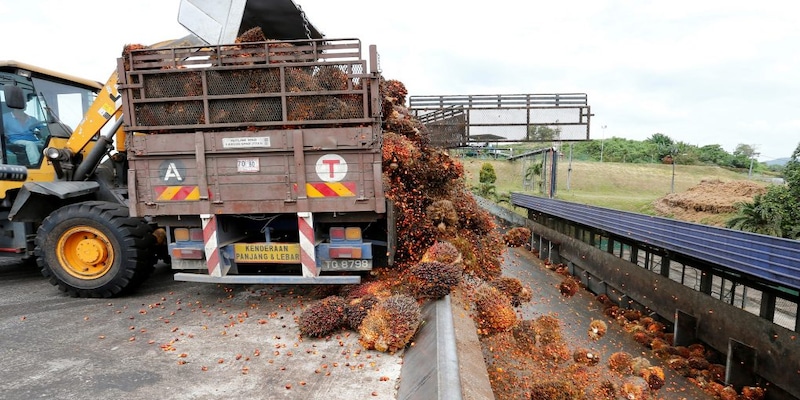 Malaysia is considering cutting palm oil export tax to 4-6 percent from the current 8 percent, according a Reuters report. The news has been taken positively by companies like Hindustan Unilever and Godrej Consumers

Malaysia, the world's second largest palm oil producer, is considering cutting palm oil export tax to 4-6 percent from 8 percent, according a Reuters report. The news has been taken positively by companies like Hindustan Unilever and Godrej Consumers, who use palm oil to make a variety of products from lipstick to noodles.

Indonesia's wider palm oil export ban has trapped at least 290,000 tonnes of the edible oil meant to be headed to India at ports and refining plants, industry officials told Reuters.

HUL and Godrej Consumer saw a spike at around 1:00 pm on May 10 when the news broke.
Thus, Malaysia opening its export door slightly more will mean relief for the supply-hit fast-moving consumer goods (FMCG) companies. The country plans to leverage the global edible oil shortage to regain market share after buyers in recent times have weaned off the commodity over environmental concerns.
India is the world's biggest importer of palm oil and relies on Indonesia for nearly half of the 700,000 tonnes it takes every month. Buyers are expected to rush to make purchases from Malaysia, but Kuala Lumpur cannot fill the demand, warns Sandeep Bajoria, chief executive of Sunvin Group, a vegetable oil brokerage and consultancy firm.