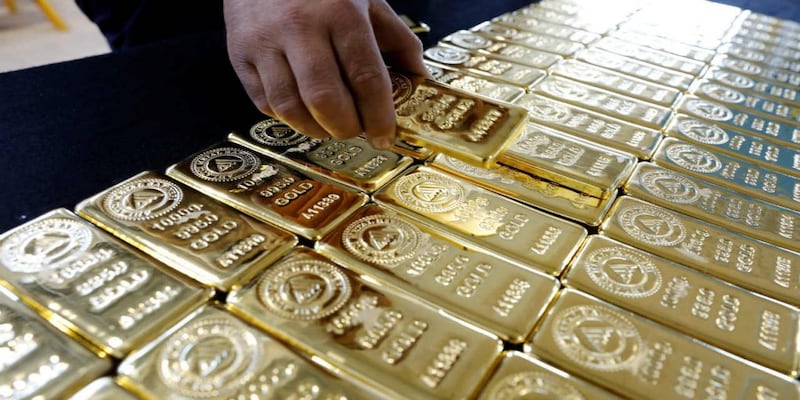 Be it family occasions or religious festivities, gold has been an integral part of the Indian consumer’s cultural needs.

Be it family occasions or religious festivities, gold has been an integral part of the Indian consumer’s cultural needs. As a physical asset, the yellow metal has been a vital commodity in making jewelry and it is traditionally not viewed by us Indians as a sellable asset.
Nevertheless, such dynamics do impact the market along with several other determinants, which contribute to the supply and demand cycles. These could be economic, regulatory, cultural trends, inflation, and prosperity among others.
However, the 5 most significant factors influencing pricing are as follows:
Economic Uncertainty
When economic growth is stalled due to a crisis, it usually affects equity markets, global trade, and the financial ecosystem as a whole due to undeterminable fluctuations in demand and supply, creating market volatility. Uncertainties force investors to diversify their investment portfolios as they head towards securing their finances through safer options.
In such scenarios, people turn to asset classes for investment, wherein gold becomes the top choice, generating an increase in demand and a resultant increase in its price.
Similarly, in the advent of the current COVID-19 crisis which has wreaked economic havoc across the globe, the price of gold even in our country has increased by more than 11 percent in April alone. In a span of 6 months, gold prices saw an increase from Rs 30,000 in December 2019 to the current day price of Rs 54,000.
Policies of the Government
India is among the top two global consumers of gold, and government decisions majorly influence the price increase in gold. When the RBI declares its interest rates and fiscal policy, annual gold acquisitions, sovereign bonds, etc. it has several effects on market sentiment, which could drive the prices up or down.
For instance, the onus of financial bailout packages in crisis times, taxation policy on assets, and other subtle policy nudges lie squarely with the government. Such decisions are often taken keeping the macroeconomic consequences of an economic crisis in perspective. However, economic revival is tied in with cash inflows and a sharp increase in commodity markets.
Inflation
To counter economic meltdowns, governments often declare multi-billion dollar stimulus packages to pump liquidity into the economy. This creates an environment that facilitates additional spending by the citizens, however, many tend to secure their finances through investments in gold.
Evidence from the previous two decades indicates how the subsequent inflations after global economic crises have led to price increases in gold. Furthermore, the belief that gold markets can adjust to inflationary trends stands true, because fearful investors often look to hedge the after-effects of inflation through investments in gold exchange-traded funds (ETFs), sovereign bonds, and gold asset classes in general.
Population and Demographics
Narratives about India’s demographic dividend are often celebrated as a boon, with a belief that it can help create growth opportunities. With a very young population where more than 50 percent of our population is under the age of 40, institutions expect a change in the spending patterns of millennials and young professionals.
The expectation is that they will invest in gold asset classes immaterial of whether they buy it in physical asset form or otherwise. Traditionally, elders in the family would physically visit merchant stores and jewelers to purchase gold. Currently, there is an array of options such as the government’s sovereign gold bonds and e-gold options made available by digital payment gateways. Millennials are the target audience for digital service providers, as they’re likely to consider investing beyond physical gold, with just a click of a button and easy buying and selling functions.
Additionally, gold is an essential and ritualistic part of the south and western Indian cultures, and festive seasons often drive the gold prices up. People usually throng to jewelers to acquire gold ornaments and jewelry, which has now become an inseparable element of Indian gold consumption.
Rising Incomes
The Indian economy has grown multifold in the last couple of decades, and this has led to an increase in incomes for middle-income groups, thereby impacting their purchasing power. Wealth creation has several unintended consequences on different commodity markets. Since India is one of the largest consumers of gold, newly generated wealth has led to additional consumption.
With rising incomes, people are looking to purchase and make investments in gold asset classes. India being a family-oriented society, additional incomes lead to more spending, which is usually attributed to gold purchases, considering that gold jewelry has become a status symbol with an auspicious relevance. An assessment by the World Gold Council’s recent study mentions that for every minuscule increase in income, there is a resultant increase in the price of gold.
Prathamesh Mallya is AVP - Research Non-Agri Commodities and Currencies, Angel Broking Ltd. Views are personal
Check out our in-depth Market Coverage, Business News & get real-time Stock Market Updates on CNBC-TV18. Also, Watch our channels CNBC-TV18, CNBC Awaaz and CNBC Bajar Live on-the-go!