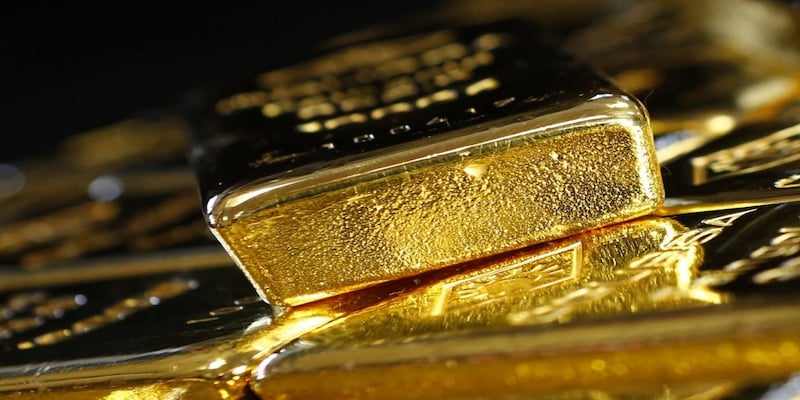 Gold and silver futures fell on Monday tracking weakness in global benchmarks, as investors awaited updates from the US central bank's policy meeting for cues on tapering and key interest rates.

Domestic gold and silver prices fell on Monday tracking weakness in global benchmarks amid a strengthening dollar, making the precious metals less attractive for holders of other currencies. Focus shifted to updates from the US central bank's policy meeting due on Tuesday and Wednesday for cues on tapering of its massive stimulus and tightening of an ultra-loose monetary policy.

At 9:07 am, Multi Commodity Exchange (MCX) gold futures for October delivery traded Rs 53 or 0.1 percent lower at Rs 45,933 per 10 grams compared with their previous close of Rs 45,986 per 10 grams.
MCX silver (December) futures were at Rs 59,409  per kilogram, down by Rs 583 or one percent from their previous close of Rs 59,992 per kg.
Losses on Dalal Street and other Asian equity markets, however, maintained the safe-haven appeal of the yellow metal, curbing the losses. Sensex and Nifty50 benchmarks traded 0.5-0.7 percent lower in early deals after a gap-down start as investors awaited the outcome of the Fed's policy meeting this week. Catch live market updates here
Globally, gold hit a more than five-week low. Spot gold fell 0.3 percent to $1,748.69 per ounce, having hit $1,741.9  -- its lowest level since August  12 -- earlier in the day. US gold futures were down 0.1 percent at $1,749 an ounce.
The dollar index -- which tracks the US currencies against six other peers -- hit a near one-month high of 93.4, and was last seen trading up 0.2 percent.
Bullion is viewed as a hedge against the inflation and currency debasement likely from widespread stimulus. The US central bank’s tapering could tackle both those conditions, diminishing gold’s appeal.
The Fed is expected to open the door to reducing its monthly bond purchases when it meets on Sept. 21-22, while tying any actual change to U.S. job growth in September and beyond.
The dollar index -- which gauges the greenback against six other currencies -- was down 0.1 percent at 92.8, not far from near three-week highs. On Friday, the rupee edged lower to close at 73.48 against the dollar, after moving between 73.42 and 73.55 during the day.
"Gold is struggling to find new buyers as market participants are expecting less dovish commentary from Fed monetary policy this week. The big catalyst on precious metal selling last week was a better-than-expected retail sales reading which was missing in the US economy from quite a while," said Sandeep Matta, Founder of TRADEIT Investment Advisor.
MCX gold is trading around its technical support and may see some speculative interest, he said.
According to Amit Khare, AVP-Research Commodities at Ganganagar Commodities, the near-term chart postures for both metals have deteriorated significantly.
Should you take positions now?
Khare sees support for gold futures at Rs 45,700, and then Rs 45,450, and expects resistance at Rs 46,200 and Rs 46,510 levels. For silver, he sees support at Rs 59,500 and Rs 59,000, and expects Resistance at Rs 61,000 and then Rs 62,000.
Matta sees Rs 46,026 per 10 grams as a key level for MCX gold futures. He suggests buying above Rs 46,030 for a target of Rs 46,150-46,250, and selling below Rs 46,000 for a target of Rs 45,800-45,600.
Note To Readers