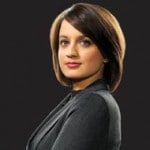 In what could come as a big boost for sugar companies, Indian Sugar Mills' Association (ISMA) told CNBC-TV18 that talks with the Indonesian government on allowing export of raw sugar are ongoing. Pramod Patwari, CFO of Balrampur Chini Mills, spoke at length about the lowering of import duties.

As far as current pricing structure is concerned, Patwari said, “At this subsidy level and at current prices, the economics are not working but our view is that international prices are not going to remain at this level over a long period of time.”

"The current international sugar prices at Rs 20 per kg and expect a 10-15 percent hike," said Patwari.

On the domestic market front, the CFO said, “Minimum selling price as of now is around Rs 31 per kg. We are selling sugar more than Rs 34 per kg and in the monthly release mechanism, I do not think there is a significant risk of downsizing the prices.”