Indian shares settled lower on Tuesday, led by a fall in financial and consumer stocks with Yes Bank Ltd closing at its lowest in over six years. The broader NSE Nifty closed 0.33 percent lower at 11,017, while the benchmark BSE Sensex finished down 0.2 percent at 37,328.01. The Nifty PSU index finished the day 2.35 percent lower, with State Bank of India settling down over 1 percent. Among consumer stocks, Britannia Industries Ltd lost 3.24 percent to its lowest since February 2018, while ITC Ltd settled 1.87 percent lower. IT stocks held onto gains and closed 1.2 percent higher as the rupee weakened to its lowest since February. Here are the main highlights from the stock markets today:

The BSE Sensex settled over 74 points lower, or 0.20 percent, at 37328. The NSE Nifty50 settled at 11017, down 37 points, or 0.33 percent. The Nifty MidCap index settled 0.85 percent lower, while the banking gauge, Nifty Bank slipped 0.72 percent. PSU bank and metal were among the worst falling sectors, while auto, IT and teck advanced. Maruti Suzuki, Tata Motors, HCL Tech, Infosys and Dr Reddy's were top gainers, rising between 1 and 4 percent. The losers included Yes Bank, Indiabulls Housing Finance, Britannia, UltraTech Cement and IndusInd Bank, dipping between 2 and 7 percent.

Markets at close: How the major indices and stocks fared on Tuesday

Indian shares ended with marginally lower on Tuesday as cautious investors awaited more details on reports of a corporate tax rate cut by the government before making fresh bets.

Shares of NMDC fell 11 percent to trade at Rs 91.05 on reports that the Karnataka government has withdrawn its lease renewal letter for Donimalai mining block awarded to the company, and will auction the mining rights for the block. Brokerage Edelweiss Securities said this decision may have a far-reaching impact for NMDC as this could set a precedent for renewing mining leases, and the company may have to pay a hefty premium in the e-auction of mining blocks. The stock hit a three-month low of Rs 90.10. 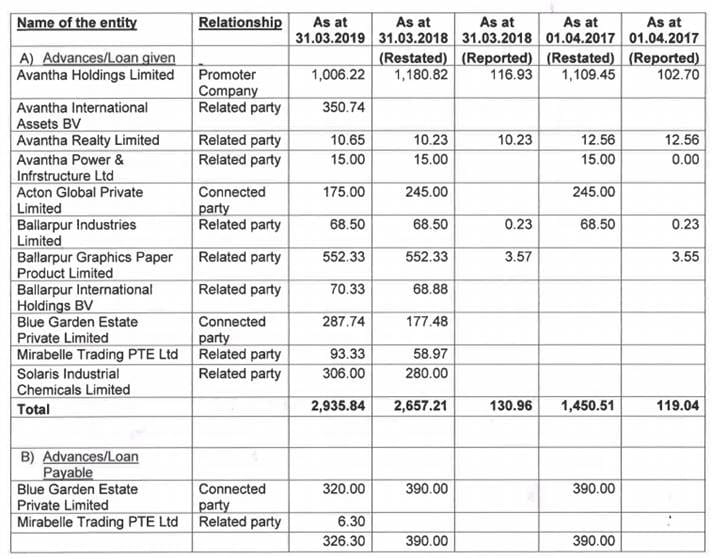 Though the company promises to undertake forensic audit and legal action against the perpetrators, the stock has already lost nearly 70 percent of its value in 2019Get latest Business online at cnbctv18.com

These 9 mid & smallcap stocks look attractive in a fragile market; do you own any?

Indian equity market looks fragile at this juncture as global and domestic headwinds have eroded investors' risk appetite. At first glance, it appears that the trend of 'sell-on-rise’ is dominant as every one or two sessions of gain in the market is succeeded by a fresh wave of selling.

While the worries over the US-China trade war remain, deteriorating domestic microeconomic health, plunging auto sales—a major indicator of the country's economic health—and the budget proposal of a tax surcharge on super-rich have shaken India's position as an attractive market. READ MORE

The auto sector is facing its worst crisis in two decades with reports suggesting thousands of job losses in the automobile and ancillary industry. Consumption slowdown along with the upcoming shift to BS-VI standards might further decelerate production and result in job losses. According to the recent data released by Society for Indian Automobile Manufacturers, the sector slashed production by over 11 percent in July. Commercial Vehicle production came down by 26 percent and Passenger Vehicle production came down by 16.5 percent. READ MORE

Indiabulls Ventures has given strong returns to investors during the last eight years. In 2011, the company hit its all-time low of Rs 5. The stock has risen over 4000 percent since then to trade around Rs 205 currently. Rs 1,00,000 invested into Indiabulls Ventures stock in 2011 would have grown to Rs 41 lakh today. READ MORE

These 9 mid & smallcap stocks look attractive in a fragile market; do you own any?

Indian equity market looks fragile at this juncture as global and domestic headwinds have eroded investors' risk appetite. At first glance, it appears that the trend of 'sell-on-rise’ is dominant as every one or two sessions of gain in the market is succeeded by a fresh wave of selling.

While the worries over the US-China trade war remain, deteriorating domestic microeconomic health, plunging auto sales—a major indicator of the country's economic health—and the budget proposal of a tax surcharge on super-rich have shaken India's position as an attractive market. READ MORE

These top 10 stocks were upgraded, downgraded by Motilal Oswal after Q1 results Shares of Mahanagar Gas (MGL) rose over 11 percent on Tuesday after British Gas exited the company by selling its remaining 10 percent stake in Mahanagar Gas. The British company has sold its holdings in MGL via block deals today, reported CNBC-TV18, citing sources. Mahanagar Gas shares jumped as much as 12.08 percent to Rs 882.10 per share on the NSE. At 11:25 AM, MGL's stock price was trading at 848.60 per share, up 7.83 percent from its previous close. The benchmark Nifty was down 0.4 percent at 11,009.05. READ MORE

Shares of solar engineering, procurement and construction solutions provider Sterling and Wilson Solar failed to make a strong debut on the stock exchanges. after its initial public offering was subscribed 92 percent last week. Shares opened at Rs 706 per share on the NSE, representing a discount of 9.48 percent to the IPO price of Rs 780 per share. Intraday, the stock price hit a high of Rs 726.5 per share and a low of Rs 690.10 per share. The Sterling and Wilson IPO, which closed on August 8, comprised an offer for sale by promoters Shapoorji Pallonji and Company aggregating up to Rs 2,083.33 crore and Khurshed Yazdi Daruvala totalling Rs 1,041.67 crore, it added. READ MORE

SBI offering interest rate starting from 8.7% for car loan, with no escalation in interest. Concession of 25 bps on interest rate if applied for car loan via digital platform; salaried customers can avail the loan up to 90% of the car’s on-road price pic.twitter.com/iVdGSEIsTR

Vodafone Idea shares fell 7 percent on Tuesday, adding to the sharp losses it suffered on Monday, on concern that the churn in the top management could hamper its prospects. Vodafone Idea on Monday said Chief Executive Officer Balesh Sharma had resigned with immediate effect citing personal reasons. The company appointed Ravinder Takkar as the new CEO and managing director. Sharma's resignation comes on the back of poor earnings performance over the past year, weak integration of Vodafone India with Idea Cellular, and constant exit of subscribers. Sharma left his position less than a year since the merged entity -Vodafone Idea - commenced operations on Aug 31 last year. As many as 32.95 million shares of the company changed hands on the NSE, below the three-month average daily volume of 97.35 million. At 10.34 am, stock quoted at Rs 5.70 apiece, down by 5 percent on NSE. The broader Nifty50 slipped 32 points to trade at 11,022.

-Benchmark equity indices have erased their gains after opening the session marginally higher. Indices had opened the session higher tracking other Asian equities and the strength in the US market overnight as fear over recession eased following de-escalation of trade tensions between US and China, and as governments across the globe were taking measures to prop up the economy.

-Losses in the shares of ITC, Reliance Industries, and Kotak Mahindra Bank weighed on the indices.

Shares of Yes Bank fell over 5 percent following the discovery that the lender holds 12.8 percent stake in CG Power. The latter is locked in 20 percent lower circuit.

CG Power and Industrial Solutions shares hit lower circuit on Tuesday after financial irregularities, including understating total liabilities, advances and unauthorized transactions, were uncovered in an internal probe conducted by the company's board of directors. Intraday, CG Power's shares plunged 20 percent to Rs 14.80 per share on the NSE. The stock has already lost 70 percent of its value since the beginning of 2019. READ MORE

CLSA has trimmed the FY20 revenue growth forecast for consumer staples (ex-ITC) from 11.5 percent to 8.4 percent, leading to a decline in earnings growth forecast to 10.8 percent from 13.6 percent. Britannia has the highest earnings cut of 7 percent while Marico has a slight upgrade, CLSA said in its latest report, which reviews Q1FY20 for sectors like financials, telecom and consumption. The consumer sector witnessed moderation as the staples revenue growth moderated to an eight-month low. However, in comparison to auto sales, staples did well, CLSA said. READ MORE

#CNBCTV18Market | Here are the top losers in the market at this hour pic.twitter.com/ta6mVq9Nlx

#CNBCTV18Market | Tech companies lead the list of gainers at this hour pic.twitter.com/dpVvPYrKQH

Rupee opened lower at 71.51 per US dollar

The rupee opened lower against the US dollar on Tuesday, a day after it closed at over 6-month low, as growing worries over an economic slump and a stronger American unit weighed on risk appetite. Forex traders said investors are awaiting government intervention to revive the slowing economy. There are expectations that the government would come out with sector-specific stimulus sometime soon. At 09:10 AM, the rupee was trading at 71.60 a dollar down 17 paise from its Monday’s close of 71.43. The home currency opened at 71.51 and touched a high and a low of 71.51 and 71.61 a dollar, respectively. READ MORE

Credit Suisse on Reliance Industries: The brokerage upgraded the stock to 'neutral' and raised its target price to Rs 1,210 from Rs 1,028 per share. The brokerage is factoring in a stronger balance sheet with a debt reduction of $22 billion till FY21 and low capex intensity guidance. 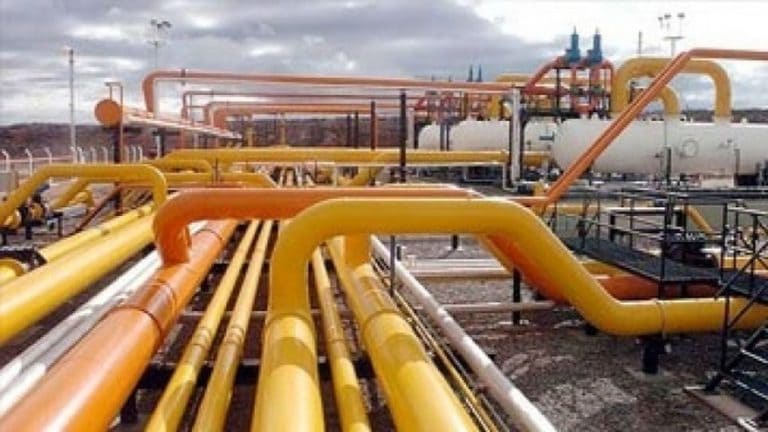