Indian shares ended lower on Thursday after a volatile session dragged by auto and IT sectors. Losses in index heavyweights like Reliance Industries, ITC, Axis Bank, and Maruti pushed the indices lower.  The Sensex ended 166 points lower at 37,104, while the broader Nifty50 index lost 55 points to end the day at 10,981. In broader markets, the Nifty Midcap fell 0.4 percent, while the Nifty Smallcap index added 0.3 percent.

- Sectoral indices were mixed for the day. Nifty Auto fell the most, down 1.8 percent followed by Nifty Realty, down 0.8 percent. Nifty IT and Nifty FMCG also lost over 0.7 percent each. Meanwhile Nifty PSU Bank, Nify Pharma, and Nifty Fin Services ended the day in green.

Auto and metal sectors stand out from a valuation perspective, says V Srivatsa of UTI MF

V Srivatsa, EVP & fund manager at UTI Mutual Fund, shared his views on the fundamentals of the market and shared outlook on specific stocks and sectors. Speaking about the market sentiment, Srivatsa said, “At the current level, whatever negative news that we have seen or sentiments we have seen in the last six months, either in terms of the macro or even in terms of the corporate earnings, my guess is a lot of it is already priced into the stocks. If you look at the last one year, both the Nifty and the midcap indexes have given negative returns. I think a large part of the pain is behind us. So, we may still have 2-3 months or maybe maximum one or two quarter of pain or negative news flow on the macro and the micro side, but a large part of the pain is already reflected in the stock prices.” READ MORE 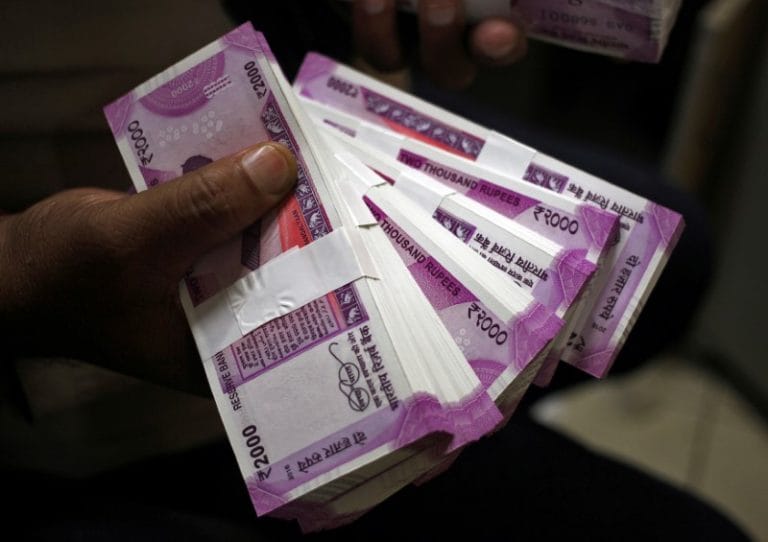 Overall, buybacks can accrue proceeds of Rs 29,500 crore to the government in FY20 as against Rs 10,700 crore in FY19, Emkay said in a report.Get latest Market online at cnbctv18.com

Emkay has maintained a 'buy' rating on Varun Beverages Ltd (VBL) with a long-term target price of Rs 783 with an upside potential of over 25 percent. At 2.34 pm, VBL shares quoted at Rs 606.95 on the NSE, up over 2 percent. In the last one week, the stock has corrected by over 3.25 percent although the midcap stock has returned 16 percent to investors so far this year. The one-year return on the stock is positive at almost 12 percent. READ MORE

As the country deals with a drastic slowdown in consumption, 5 percent GDP growth for the quarter, a falling rupee and minimal capex spending by corporates, India’s airline industry is also facing liquidity challenges. Lending to airlines is severely constrained and the failure of Jet Airways continues to haunt lenders. For banks with an exposure of more than Rs 8,500 crore to Jet Airways, the likelihood of a suitor diminishes each day. Even the most optimistic assessments indicate that they will only be able to recover a miniscule portion of amounts lent. The fact that this is a large airline failure which comes just seven years after Kingfisher airlines where the default is to the tune of Rs 9041 crore only exacerbates the situation. The consequence: banks are negative on the airline sector. Liquidity issues abound. READ MORE

#CNBCTV18Market | Equitas gives up recovery slips 3% from high point of the day pic.twitter.com/oBdXUT2o6J

HSBC says GDP growth of over 5.7% in FY20 challenging

HSBC has downgraded India's economic growth forecast to 5.7 percent in the fiscal year 2019-2020 and 6.4 percent in the FY21 after the nation's first-quarter GDP growth slumped to 5 percent. Pranjul Bhandari, HSBC's chief India economist, said the situation has not really changed in the first two months of the second quarter since last quarter. “When we look at July and August, the next 2 months of the new quarter, things are not vastly improved; there are some improvements in services so Purchasing Managers’ Index (PMI) services is up, bank credit for personal loans is up, some government spending has picked up,” she said. READ MORE

Investors should now start looking at key PSU banks that have the potential to grow really big, said Sanjay Dutt, director, Quantum Securities on Thursday. “So the steps taken by the government with regards to PSU banks are more short-term steps but fundamentals changes like the way PSUs lend... there are radical changes happening in the banking system,” he said in an interview with CNBC-TV18. Dutt is of the view that what we are seeing in the market currently is a rebound from an extreme oversold condition, especially in mid and small-cap space. READ MORE

- Indian markets trade choppy, swinging between gains and losses on Wednesday with Nifty trading around 11,050 and Sensex up around 50 points.

- Auto stocks slipped as investors await a response from government for a stimulus to curb the slowdown in the sector. Tata Motors declined over 4 percent, while TVS Motors Company and Eicher Motors fell over 2 percent each.

- YES Bank was the top loser on both the indices on profit booking after rising over 13 percent in trade yesterday.

CP Gurnani, managing director and CEO of Tech Mahindra, in an interview with CNBC-TV18 on Thursday, said that the multi-year deal with AT&T would mean margin dilution in the first two quarters due to transition costs. The company announced a large multi-year deal with AT&T last week. While the exact size of the deal is not disclosed yet, it is estimated to be at over $1 billion. READ MORE

- Indian markets trade choppy, swinging between gains and losses on Wednesday with Nifty trading around 11,050 and Sensex up around 50 points.

- IT sector declined in intra-day deals on strong rupee with Tech Mahindra and Wipro down over half a percent each. Auto stocks also slipped with Tata Motors down over 3 percent after it reports a 32 percent decline in its August global wholesales data.

- Indiabulls Housing, Ultratech Cements, ICICI Bank, Grasim, and IndusInd Bank were the top Nifty gainers at this hour of trade.

Gold prices continue to fall due to lack of demand

Gold prices in India fell on Wednesday in absence of festive demand despite positive trends in global markets. Global gold prices edged higher supported by concerns over the global economy and the US-China trade war. In New Delhi, gold prices declined by Rs 372 to Rs 38,975 per 10 grams, while silver prices tumbled Rs 1,150 to Rs 48,590 per kilogram, reported PTI. "The festival demand has not picked up yet in the physical market due to higher gold prices," said Tapan Patel, senior commodities analyst at HDFC Securities. READ MORE

Alert: CNBC-TV18 has not yet received a response from Bank of Baroda on its query pic.twitter.com/MVDTcQf8ze

Paper stocks up nearly 50% in 3 sessions. Here's what could have triggered the rally

There is a sudden wave of rallies in the paper stocks. The stocks have seen tremendous gains of up to 50 percent in just last 3-4 trading sessions. Since the closing on September 5, the Sensex and the Nifty rose 1.70 percent and 1.73 percent respectively. With the rise in gains, paper stocks like Malu Paper, Ruchira Paper, Star Paper and JK Paper saw a handsome rally. In the last three trading sessions, Malu Paper rallied 49.49 percent, Ruchira Paper surged 39.76 percent, Star Paper rose 32.07 percent and JK Paper gained 30.79 percent. Other stocks like Orient Paper and Seshasayee Paper saw 26.39 percent gains, and West Coast Paper rose 18.45 percent. READ MORE

Shares of Walchandnagar Industries Ltd jumped as much as 11.4 percent to Rs 67.60 in early trade on Thursday, after the engineering firm won an order worth over Rs 77.20 crore from the Indian Space Research Organisation's (ISRO) Vikram Sarabhai Space Centre. Established in 1908, Walchandnagar Industries is a heavy engineering company with presence in sectors like defence, nuclear & aerospace and industrial products like gears, centrifugals, castings and cauges, as per the company's website. READ MORE A Reuters poll showed retail inflation rose at an annual rate of 3.3 percent in August, up from 3.15 percent in July and the highest since October 2018.Get latest Economy online at cnbctv18.com

- Indian markets pared some losses to trade flat on Wednesday with Nifty around 11,050 and Sensex up around 50 points.

- Buying was seen in banking and metal indices with Indiabulls Housing, ICICI Bank, IndusInd Bank, and Tata Steel as top gainers on Nifty50.

- Uday Kotak, MD of Kotak Mahindra Bank, in an exclusive interview with CNBC-TV18, said that India seems to be going through a slowdown every 10 years. He advised, "if you stick to what you are doing and if you are ready to take risks at the right time, it is phenomenal returns over a long period of time." 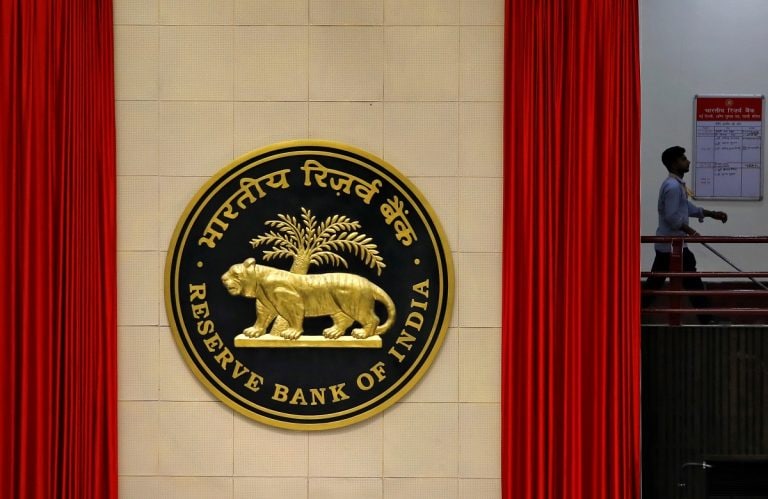 The Reserve Bank of India (RBI) has built a database of stressed non-banking finance company (NBFC) loans similar to the Central Repository of Information on Large Credits (CRILC) that it has built for banks in 2014, sources privy to the developments told CNBC-TV18.

Tata Motors Group on Wednesday reported a decline of 32 percent in August's global wholesales, including that of Jaguar Land Rover, over the corresponding period of last year. According to the company, the global wholesales during the month under review declined to 72,464 units. "Global wholesales of all Tata Motors' commercial vehicles and Tata Daewoo range in August 2019 were at 25,366 nos, lower by 45 percent, over August 2018," the company said in a statement. READ MORE

FPIs turn buyers for the first time in September

Foreign Portfolio Investors (FPIs)on Wednesday turned buyers for the first time in September. FPIs had been on a sell mode despite the roll-back of the tax surcharge on them as macro-economic concerns took the centre stage. On Wednesday, FPIs bought Rs 266.89 crore worth of stocks while Domestic Institutional Investors bought Rs 1,132.42 crore worth. However, the outflow had steadily declined from Rs 2,016.20 crore at the start of the month, down to Rs 188.08 crore on September 9. READ MORE

HSBC on Consumer: The slowdown persists but growth does not seem to be falling off a cliff, the brokerage noted. It added that Kirana stores are here to stay and are strengthening. It prefers Avenue Supermarts and HUL in the FMCG space.

Citi on Tata Power: The brokerage has a 'buy' call on the stock with a target of Rs 76 per share. The company does not expect consent for Mundra UMPP before Maharashtra, Haryana elections, it said, adding that at current coal prices, the tariff hike could be Rs 0.40-0.50 per unit. Indian shares are likely to extend Wednesday's gains today as sentiment remained positive on hopes of fresh initiatives from the government to revive the automobile sector, which is facing its worst crisis in a decade.

Top stocks to watch out for on September 12

Titan: ICRA has assigned "A1+" rating on the company's commercial paper worth Rs 900 crore.

SBI: The board has approved divestment of at least 3.5 percent stake in SBI Life through an offer for sale (OFS) route.