This blog will keep you posted on the latest market updates.

The Indian market closed weak on Monday with the BSE Sensex at 35,656 points, down by 368 points and the NSE Nifty at 10,661 points, losing more than 100 points at 11:50 AM as investors remained jittery ahead of the announcement of the Interim Budget on Friday.

Zee Entertainment rose in trade, gaining 15 percent after the company, in the pre-market hours, said it agreed with its lenders to not sell its stake if the valuation drops. It was the top index gainer of the hour.

Adani Ports tanked 20 percent in intra-day trade in the opening hour and lost more than 12 percent towards the close. However, the exact reason for the stock reaction has not been determined.

Godrej Properties Monday reported a consolidated net profit of Rs 41.63 crore for the third quarter of 2018-19 on higher sales.

It had posted a net loss of Rs 54.75 crore in October-December 2017, the company said in a regulatory filing.

Shares of Godrej Properties were trading at Rs 747.40 apiece, up 0.24 per cent from the previous close, on BSE.

City Union Bank reported a mixed bag for the third quarter. Loan growth momentum slowed down but earnings came in above estimates.

Sharing his views and outlook, N Kamakodi, MD and CEO of City Union Bank, said, “In the past two-three years, we are able to see decline in the incremental slippages to closing advances which we used to see typically four-five years back between 1.2-1.5 percentage, it almost went up to 2.8 percent way back in 2013-2014. Now it has moderated and we are able to see our slippage ratio coming down to 1.86 to the closing advances for the first three quarters and for this quarter, there is a spike where the slippage ratio is 2.16 percentage but overall, we are able to see improvement. We are able to see both in terms of recovery and liquidation of collaterals and all are getting better and we feel year-end should be better than where we are now."

Get the details here

With the budget session of parliament just around the end of the week, it has triggered lot of expectations from investors, corporates and common man.

A few days back, union finance minister Arun Jaitley, who has temporarily handed charge to Piyush Goyal, hinted that the last budget will be more like an interim budget.

As per the tradition, the outgoing government is supposed to present an interim budget or a vote-on-account before the Lok Sabha elections and the new government presents a full budget for the fiscal year.

Here are the key demands of the banking industry for the Interim Budget.

The company had posted a net profit of Rs 63.48 crore in October-December period a year ago, TTK Prestige said in a regulatory filing. 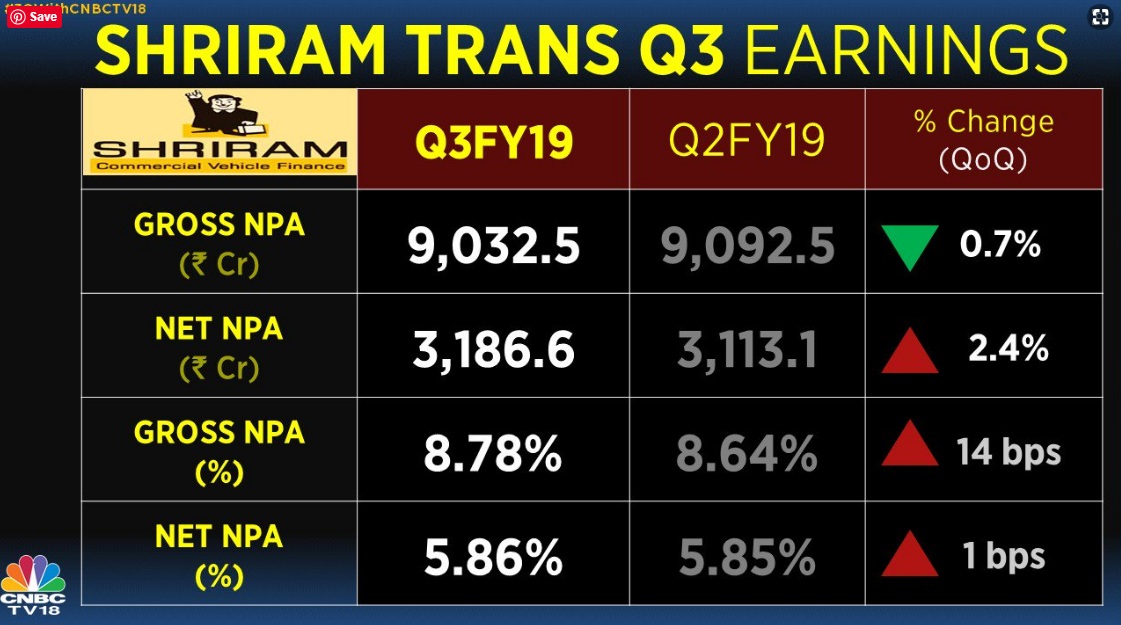 Canara Bank Ltd reported a 152.5 percent surge in quarterly net profit on Monday, buoyed by higher interest income and a write-back of provisions made for mark-to-market losses.

That compares with analysts' average estimate for a profit of Rs 299 crore, according to Refinitiv data.

Asset quality improved, with gross bad loans as a percentage of total loans standing at 10.25 percent at end-December, versus 10.56 percent in the previous quarter. This was also lower than 10.38 percent in the same period a year ago. 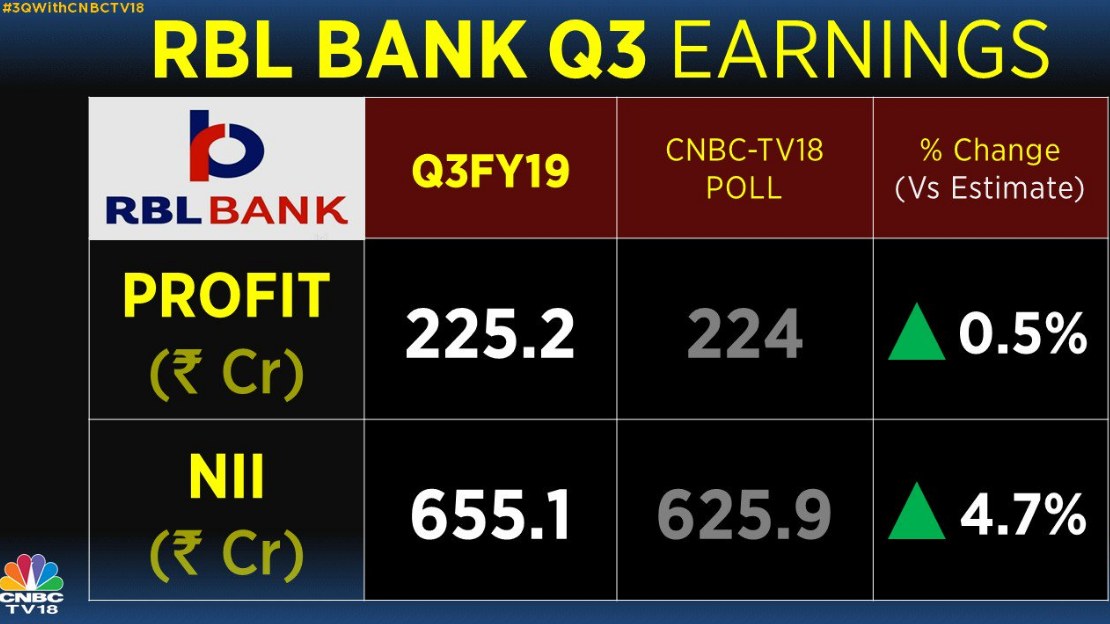 Tata Power will reports its third-quarter earnings later today. The stock has gained 20 percent in the last six months amid expectation of the Mundra Power Plant resolution.

The street is expecting a topline growth, on a consolidated basis, of 10 percent given the fact that generation growth has been around 12-14 percent as there has been some capacity addition as well as the renewable business is expected to do better.

The margins are also expected to expand a bit and could come in close to 22 percent and that is because the coal prices on a year-on-year basis have gone up.

Ebbing global growth and shaky financial markets threw the US Federal Reserve off course in early 2016, and it took nearly a year for officials to regain confidence growth would continue and convince investors they would again raise interest rates.

Similar conditions confront Fed policymakers as they meet this week, with market skepticism about further rate hikes as deep as it was three years ago, and a stalemate over global trade, a US federal government shutdown, and waning business and consumer confidence further clouding the picture.

Policymakers have been clear they plan a “patient” pause in rate hikes. The challenge for Fed chairman Jerome Powell is how much of a pause to signal without leaving the public convinced that the Fed’s current cycle of rising interest rates has come to a full stop.

Jet Airways Ltd said on Monday it was seeking shareholder approval for converting existing debt into shares or convertible instruments.

At a shareholder meeting scheduled for February 21, the airline will also seek approval for their lenders to appoint a nominee director to the board, the debt-laden company said.