Updated : December 23, 2019 03:47 PM IST
A late bounce saw the benchmarks recover in the last half an hour of trade to end marginally in the negative
The BSE Sensex ended 39 points lower at 41,643 and the Nifty50 settled 9 points lower at 12,263
Yes Bank, Nestle India, Reliance Industries, Coal India and SBI led the losses on Nifty50 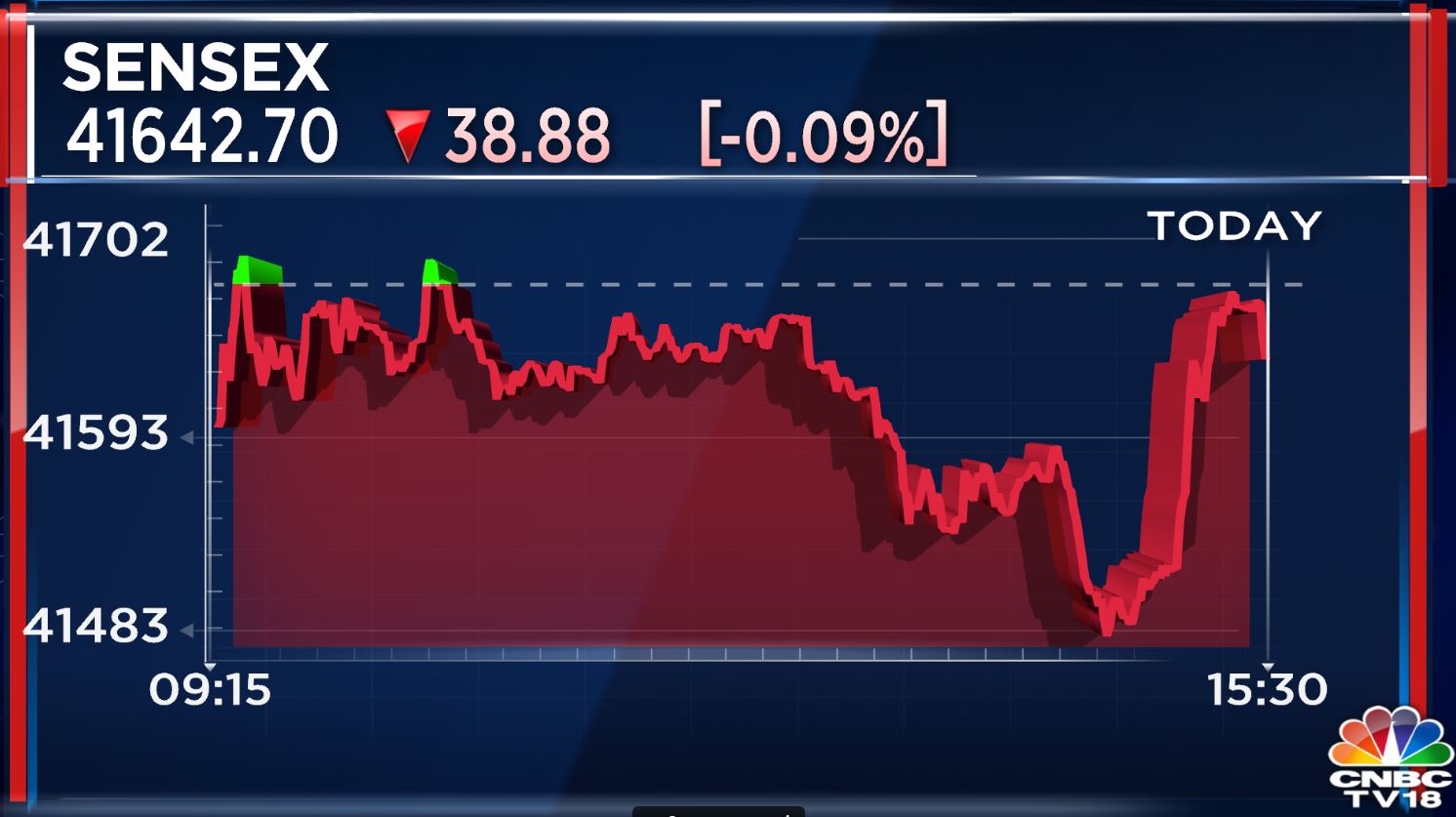 Meanwhile, Asian markets idled near 18-month highs as trading volumes weakened ahead of the Christmas holiday break, with investors taking profit on gains made earlier this month. Among sectors, major selling was seen in PSU Bank, FMCG, energy, and realty indices. Nifty PSU Bank shed 1.3 percent for the day, while Nifty Energy was down 0.7 percent. Nifty FMCG also slipped 0.4 percent for the day and Nifty Realty was down 0.5 percent. Meanwhile, among gainers, Nifty Media advanced 0.7 percent and Nifty Auto added 0.6 percent during the day. Nifty IT and Nifty Fin Services were also up around 0.2 percent. 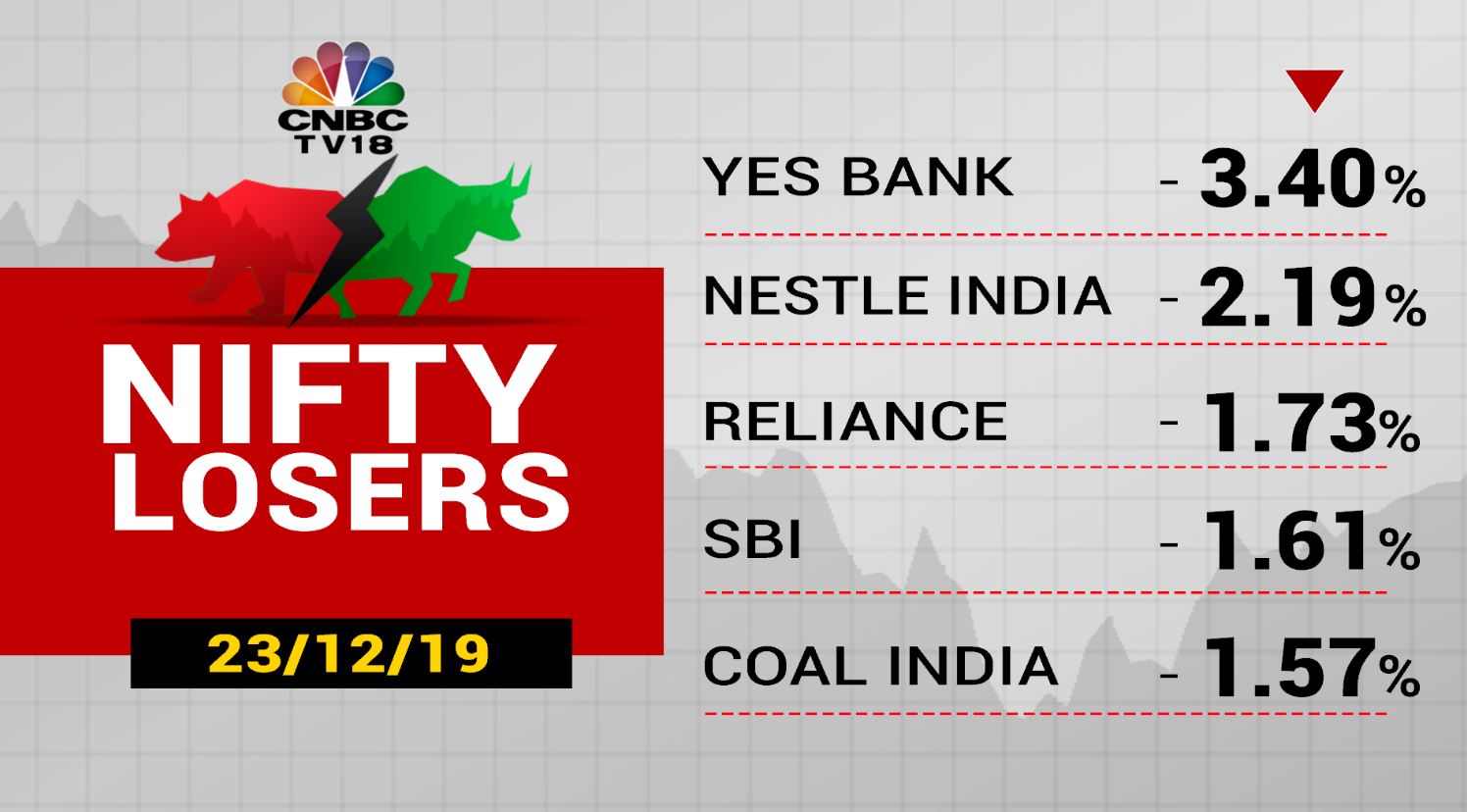 Globally, MSCI’s broadest index of Asia-Pacific shares outside Japan hovered near its highest since June 2018, having risen 1.4 percent last week and more than 5 percent this month. For the final quarter of the year, it is up nearly 10 percent so far.
Tags asian shares Closing Bell Markets nifty sensex stock markets Stocks YES Bank