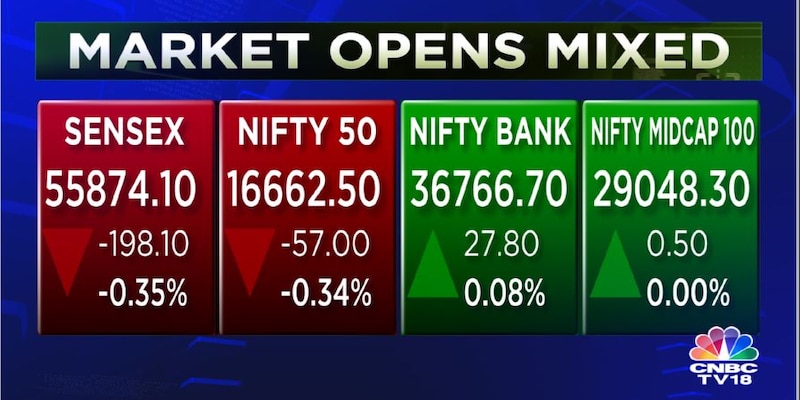 The Sensex and the Nifty50 began the day in the red amid selling pressure in oil & gas and IT shares, though gains in financial scrips arrested the fall.

Indian equity benchmarks began the week in the red amid selling pressure in oil & gas and IT shares, though gains in financial shares prevented a steeper downside. Globally, nervousness persisted among investors ahead of a key decision on interest rates by the Fed.

Both headline indices dropped about half a percent in early deals. The Sensex shed 255.4 points to hit 55,816.8 at the weakest level of the day so far, and the Nifty50 slipped to as low as 16,649.1, down 70.4 points from its previous close.
As many as 22 stocks in the Nifty50 basket opened in the red. Infosys, UltraTech, JSW Steel, Reliance and Kotak Mahindra Bank were the top laggards. ITC, Sun Pharma, HDFC, Bajaj Finserv and Shree Cement — trading around half a percent lower — were also among the worst hit blue-chip stocks.
On the other hand, Titan, SBI Life, Apollo Hospitals, Cipla, Axis Bank, ICICI Bank, Adani Ports and Mahindra & Mahindra — up around half a percent each — were the top gainers. 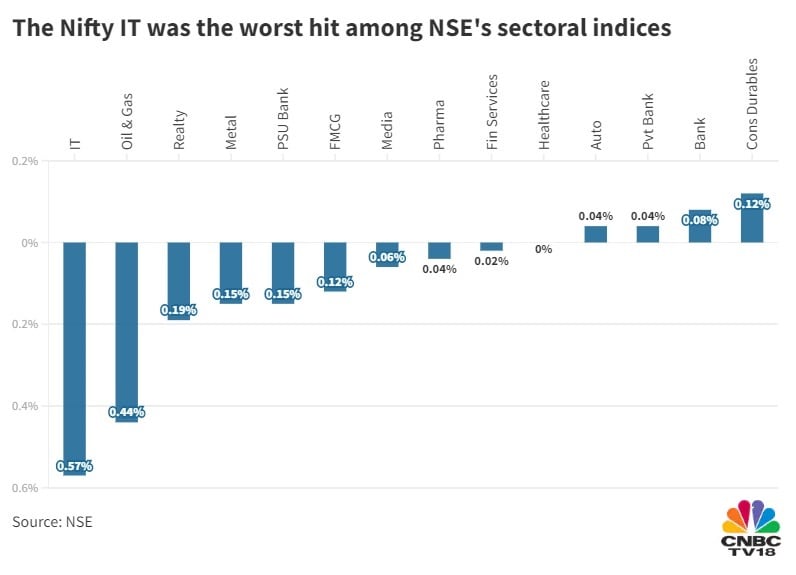 "Market action this week will be in response to the results declared post-market hours on Friday and in anticipation of major results expected this week," said VK Vijayakumar, Chief Investment Strategist at Geojit Financial Services.
ICICI Bank shares gave up much of their initial gains. The private sector lender was among the blue-chip companies to announce their financial results last weekend. 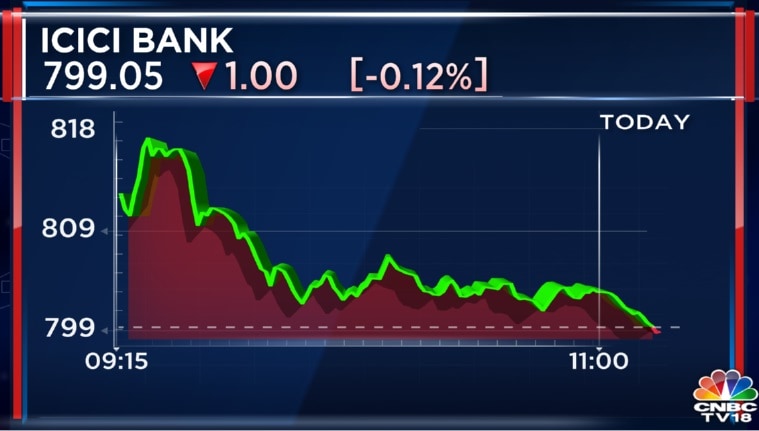 Infosys shares declined by as much as Rs 28 or 1.9 percent to Rs 1,478.4 apiece on BSE. On Sunday, the country's second largest IT company by market value reported quarterly net profit that fell short of Street estimates, though it raised its revenue growth guidance by 100 basis points.
ALSO READ: Indian shares see best week of FPI inflow in 9 months "FII selling, which has been a major drag on the market since October 2021, is unlikely to impact the market in the near term since FIIs have turned buyers recently. As expected, financials have benefited from the recent change in FII flows," said Vijayakumar, who does not expect the Fed's rate decision this week to have much impact on Dalal Street.
"The market will keenly watch the Fed's commentary for near term triggers," he said.