Bottomline: Bonuses, buybacks and the winds of time

Bottomline: Bonuses, buybacks and the winds of time 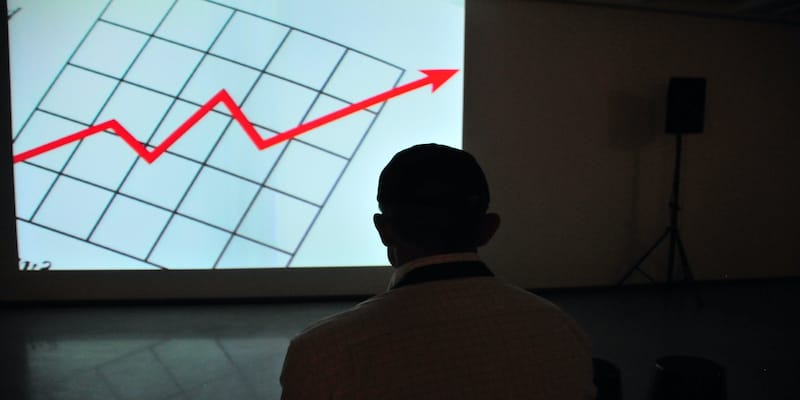 The times they are a changin’, bonuses and buybacks just aren’t the same anymore. And that’s reason to be cautious.

Investors a few decades ago would cheer bonus issue announcements by corporates. They saw such an announcement as an indication of the confidence of the management in the growth prospects of the company. It suggested that those at the helm were optimistic about creating the value that would be enough to justify the expanded equity base. One of the market darlings and a blue-chip stock, Hindustan Unilever, declared four bonus issues, one every four years, between 1979 to 1991.

But times have changed. The realities have changed, and so several companies that used to declare bonuses in the past don’t do so today, or as frequently. HUL for instance announced no bonus issue thereafter but only a stock split from a Rs 10 share to a Re 1 share in 2000.
Even the rationale for corporate actions like buybacks seems to be evolving. We look at what’s driving these moves today and how this has changed from the motivations of the past.
Bonuses are not so rewarding
In the pre-demat era, shares were traded in lots, with the most common lot size being 100 shares. And anything less than this was called an “odd lot” and would usually be priced at a discount. In this context, any investor wishing to buy a share would normally need to buy a minimum of 100 shares and in multiples thereof.
This, in some cases, would put certain stocks beyond the reach of retail investors, or lead to a big skew in their portfolio allocation. In such circumstances, issuing bonus shares used to help make shares more affordable and accessible to a larger audience. This phenomenon also tended to drive up post-bonus valuations.
All that’s changed. With dematerialisation of shares, investors can buy even one share of any company they like. This has practically eradicated the need for bonuses to make shares of a company more accessible unless, of course, it is a rare company like MRF, whose price per share is over Rs 88,000.
Also Read | Bottomline: This time is different, not the outcome
Decisions on bonuses today, therefore, seem in many cases to be driven by several other considerations—like boosting sentiment for the stock or even managing interim liquidity in the market. In many such cases, the traditional rationales of improving fundamentals and accessibility don’t support such decisions.
We pulled out a list of some prominent bonus issuers from a list of 125 companies that have declared bonuses in 2022. Here’s a snapshot.
Source: Moneycontrol
Interestingly, FSN E-commerce, the owner of brand Nykaa, has been in the news of late for all the wrong reasons around its motivation to issue bonus shares, with some suggesting it was aimed at limiting the supply of stock soon after the IPO anchor lock-in opened. We’ll perhaps never know what the real motivation was, but going by traditional yardsticks, the company clearly doesn’t make the cut as one that should be considering such an issuance.
First, with a market capitalisation of nearly Rs 55,000 crore, the company’s current performance can hardly justify its existing equity base, forget an expanded one. To give you a sense, while it is a rare profit-making digital venture, its EPS for the half-year was 18 paise. On an expanded equity base, this shrinks to just 3 paise.
What’s more, if you assume a 40 percent trend in sales growth for FY23, the company trades at 10.4x sales. Even on a total balance sheet basis, the multiple is 19x. If you assume 3x sales as a fair value, it would take nearly 3.5-4 years for the company at 40 percent CAGR to get there. So, the stock isn’t cheap, and an expanded equity can hardly be justified with the current performance. Besides, at near Rs 1150 pre-bonus, it wasn’t inaccessible either.
The buyback misuse
Buybacks have traditionally been a means to give back surplus cash to shareholders. But this tool too has been abused. While a tender offer does exactly this, return cash to shareholders, and the SEBI panel has batted for it, the offers via open market purchase have often been used as a tool to prop up stock prices without enough commitment to full buyback, and with lax execution norms. In fact, the SEBI Committee has, given the misuse of this tool, proposed a glide path to phase it out by March 31, 2025. So, the abuse could soon end.
Also Read: Bottomline | Equities: Many worries and a hope
Interestingly, data on buybacks for the current year indicate that of nearly 32 buybacks, only seven were via the open market route. And that’s a healthy sign.
Not unnotably, the buyback route has also been used by public sector undertakings to give cash back to the government. In fact, a senior officer even called buybacks a tool of divestment. The concept of buyback has hence truly evolved with time.
Double trouble
There have also been instances of companies issuing bonuses and following up with buybacks. While there’s a valid rationale that can be provided to support such actions, it is the true intent that decides whether the move is investor friendly or not. For instance, IT services major Infosys has in the past offered bonus shares and also undertaken buybacks. It announced its first buyback in 2017, then a bonus issue in 2018, and then another buyback in 2018. In 2022 itself, eClerx announced a bonus in August and a buyback in November. Ajanta Pharma too announced a buyback in December 2021 and a bonus issue in May 2022.
To evaluate whether all’s kosher, you need to assess whether the company has the ability and performance track to support expanded equity (bonus issue justification) and if it has adequate surplus cash and high cash-generating ability (buyback justification).
Also Read: Shareholders, not firms, to bear share buyback tax burden. Here's what Sebi's proposal means for you
Needless to say, no corporate action should drive your investment decision. These acts can only create temporary price changes and cannot assure sustainable long-term returns for investors. Corporate actions like bonuses and buybacks are only capital management tools and don’t alter the fundamentals of a business. As an investor, your focus should be on the business potential and valuation.
Happy investing!
Also Read: Share buyback completion in 22 days to 5% limit for open offer: A look at SEBI proposal to change norms
Check out our in-depth Market Coverage, Business News & get real-time Stock Market Updates on CNBC-TV18. Also, Watch our channels CNBC-TV18, CNBC Awaaz and CNBC Bajar Live on-the-go!