Updated : December 24, 2019 06:54 AM IST
In the OMO purchase of 6.45 percent G-Sec 2029, which is benchmark security, the RBI received Rs 20,826 crore worth of bids from the participants but accepted Rs 10,000 crore of bids.
Analysts said the simultaneous sale and purchase of government bonds through OMO auctions were held to correct the yield curve to make it more representative of the current economic condition. 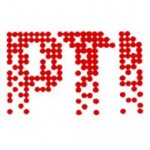 "The RBI offered to purchase the 10-year benchmark security which is liquid and highly traded in the secondary market. The outstanding stock of this bond is around Rs 67,447.851 crore. This would have attracted the bidders to buy it through OMO purchase," said a bank treasurer at a state-run bank.

It accepted only Rs 6,825 crore worth of bids for the four securities as against Rs 20,330 crore bids it received in the OMO sale auction.

Analysts said the simultaneous sale and purchase of government bonds through OMO auctions were held to correct the yield curve to make it more representative of the current economic condition.

"This operation was done to align the yield curve where we can see too much of steepening now. This kind of steepening is seen in a growing economy with high growth rate, which is not the case here," said a treasury dealer with another state-run bank adding that the auctions will help in rationalise the curve.

Last week, DBS Bank economist, Radhika Rao, in a note said the special OMO auctions, similar to the US Federal Reserves' "Operation Twist" announced in September 2011 and ran through end-2012, is part of broader measures by the RBI to expedite policy transmission.

The Reserve Bank of India has reduced repo rate by 135 basis points between February and October 2019 but there has been a delay in passing on the cut in repo rate by lenders.