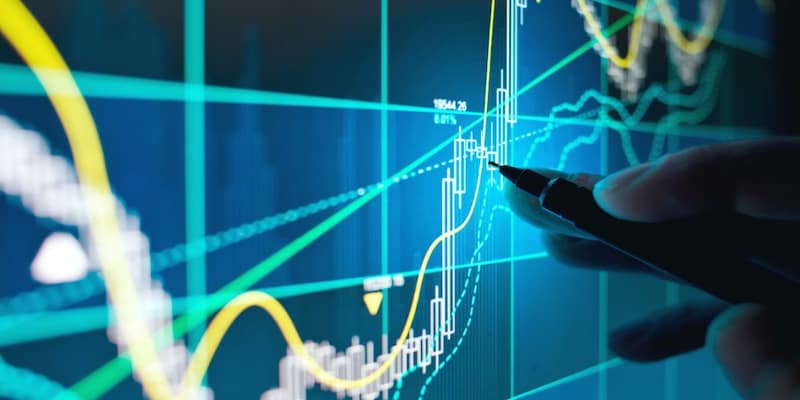 When bond yields rise, investors get lesser returns at present by holding companies that might give higher returns in the distant future. Consequently, they drop expensively priced tech stocks and look for value stocks. This leads to a decline in the prices of tech stocks. However, this inverse relationship between tech stocks and bond yields is a stretch when data over the preceding 15 years is looked at.

For long, conventional wisdom dictated that when bond yields rise, technology stocks, more often than not, must fall. Short term data bears this trend out. As yields on the government's 10-year bond surged to 6.54 percent this week, the Nifty IT index was the worst performer among sectoral indices, falling over 4 percent.

On Wall Street, the Nasdaq Composite declined over 3 percent in a week that saw 10-year Treasury yields hitting a 9-month high of 1.73 percent.
However, a Morningstar study shows that the inverse relationship between tech stocks and bond yields is a stretch when data over the preceding 15 years is looked at.
Also Read // Bond yields rise to two-year highs, here's why
Relation between tech stocks, bond yields
The yields on US government bonds have risen this year, but historically they have not been as high. At the same time, the Federal Reserve has kept interest rates near zero. For example, in November last year, the 10-year yield was at 3.2 percent. In 2019, it was at 2.5 percent. In January 2020, it was at 1.89 percent. In July 2020, it bottomed at 0.54 percent.
Here's how bond yield reacted in 2021: As the US economy recovered from the pandemic-induced recession in January 2021, bond yields rose to 1 percent.
Then the Delta variant induced wave of infections dampened economic recovery expectations, and bond yields declined. However, inflation concerns rose in September, and bond yields jumped to 1.5 percent.
Yields rise when economic recovery seems imminent. When that happens, inflation rises too. And rising inflation pulls bond prices down - leading to rising bond yields that move inversely.
How tech stocks moved in 2021: In the first half of the year, tech stocks gained strength. However, prices teetered for the remainder of the half. The second half saw prices rise until between September and October, when the Nasdaq declined by over 7 percent.

Source: TradingView.com | US 10 year yields versus Nasdaq Composite
Despite the correlation, deeper studies reveal that it is not as strong as expected.
Morningstar found that tech stocks and treasury yields have a low correlation when interest rates are near zero. It is even less so when interest rates are rising. In fact, when rates were rising, tech stocks were outperforming the rest of the market.
Also Read // Explained: How rising bond yields impact stock markets
In theory
Brian Colello, the tech sector director of Morningstar, believes the inverse relationship should have been a strong one in theory. It is because when interest rates are rising, growth sectors like tech need to deliver much higher growth rates to justify the risks investors take for a higher return. Also, rising rates reduce the value of future cash flows, reducing the value of current stock prices.
In other words, when bond yields rise, investors get lesser returns at present by holding companies that might give higher returns in the distant future.
Another key factor at play here, according to market watchers, is the growth-inflation equation. The economy and corporate profits soared in 2021, as global economies emerged from a coronavirus-induced recession. Global central banks are gearing up to speed this recovery.
But 2022 might be different from 2021, experts say. The economy will grow, albeit moderately, despite the discovery of a new coronavirus variant. Omicron, while highly transmissible, is believed to be milder than its predecessors.
US job data released by private company ADP support the growth outlook further. According to the report, private sector employment increased by 807,000 from November to December, beating expectations.
Bond yields and growth prospects send investors rushing to stocks they ignored during the first wave of infections - the unlock stocks, companies ranging from airlines to theatres to restaurants.
The analysts have also warned this year it could be harder to get similar returns as 2021. That's where smart stock picking comes in.
“We need to look away from the Nifty to sectors like textiles. Similarly, sugar, ethanol and chemicals are on a good wicket too … we see a lot of growth opportunity and valuations there too,” S Krishna Kumar, an independent market expert told CNBC-TV18.
The electric vehicle is one such sector, he said. “We're already seeing competent auto companies getting into EV products, like motors, controllers, batteries, software, etc. So again, there are a plethora of companies in this space we should focus on,” he added.
On the other hand, though expected to ease in the coming months, inflation is bubbling. And central banks are gearing to push the brakes to ease it. The European Central Bank has already started the process. And Fed could raise rates as soon as March 2022.
In the meantime, investors are looking for themes that can help them weather the inflation storm. So, they are dropping risky, overpriced assets like tech stocks and investing their money in value stocks instead.
When inflation is high, energy, real estate, and basic materials fare well. Energy stocks are currently considered one of the most undervalued sectors.
Also Read // Explained: How higher inflation will impact your wallet
So, why is it not playing out in the market?
When we look at long-term data, these trends are not seen in the markets. Colello has several theories, according to a Morningstar report.
One, we have seen very little change in rates for a long time. And the few increases we have seen were “perhaps too small to make much difference,” he said.
Two, the minimal rise in interest rates is largely offset by the exceptional expansion the tech sector has seen. From cloud computing to smartphones to software as a service to metaverse today, the growth in companies could exceed the rise in interest rates. No matter how bad or good the economy is, people buy smartphones and adopt new technologies.
“Even during the depth of COVID-19 pandemic, enterprises rushed to upgrade their PCs and servers, while buying a host of remote-working software tools, such as those offered by Zoom, DocuSign, and Shopify,” he said.
Three, tech stocks have been due for a correction, Colello said, as many best-performing stocks are trading at frothy prices. In 2020, the Nasdaq composite surged over 40 percent. Meanwhile, Dow Jones surged 10 percent. In 2021, the Nasdaq composite rose 20 percent, in comparison.
Plus, not all tech stocks are equal. Take Apple, for example, a stock the Oracle of Omaha, chief of Berkshire Hathaway, Warren Buffett was averse to. But now, Berkshire is Apple's largest shareholder. And Apple is Berkshire's third-largest business, this coming from an investing guru who was averse to investing in technology stocks for a long time.
Also Read // Warren Buffett’s five best investments as Apple becomes world’s richest company
(Edited by : Santosh Nair)
Check out our in-depth Market Coverage, Business News & get real-time Stock Market Updates on CNBC-TV18. Also, Watch our channels CNBC-TV18, CNBC Awaaz and CNBC Bajar Live on-the-go!