Bajaj Auto shares rose in early trade on Friday but were back in the red territory ahead of the two-wheeler maker’s new electric vehicle production line launch due later in the day. On Thursday, the firm also announced that its board will consider a buyback of shares next week.

Bajaj Auto shares rose in early trade on Friday but were back in the red territory ahead of the two-wheeler maker’s new electric vehicle production line launch due later in the day. On Thursday, the firm also announced that its board would consider a buyback of shares next week.
Shares of the company gained 2.2 percent in early trade but soon dropped 2.7 percent from that level to the day’s low of Rs 3,857. At 11:18 am, the stock was trading 0.4 percent lower at Rs 3,860.50 on BSE. 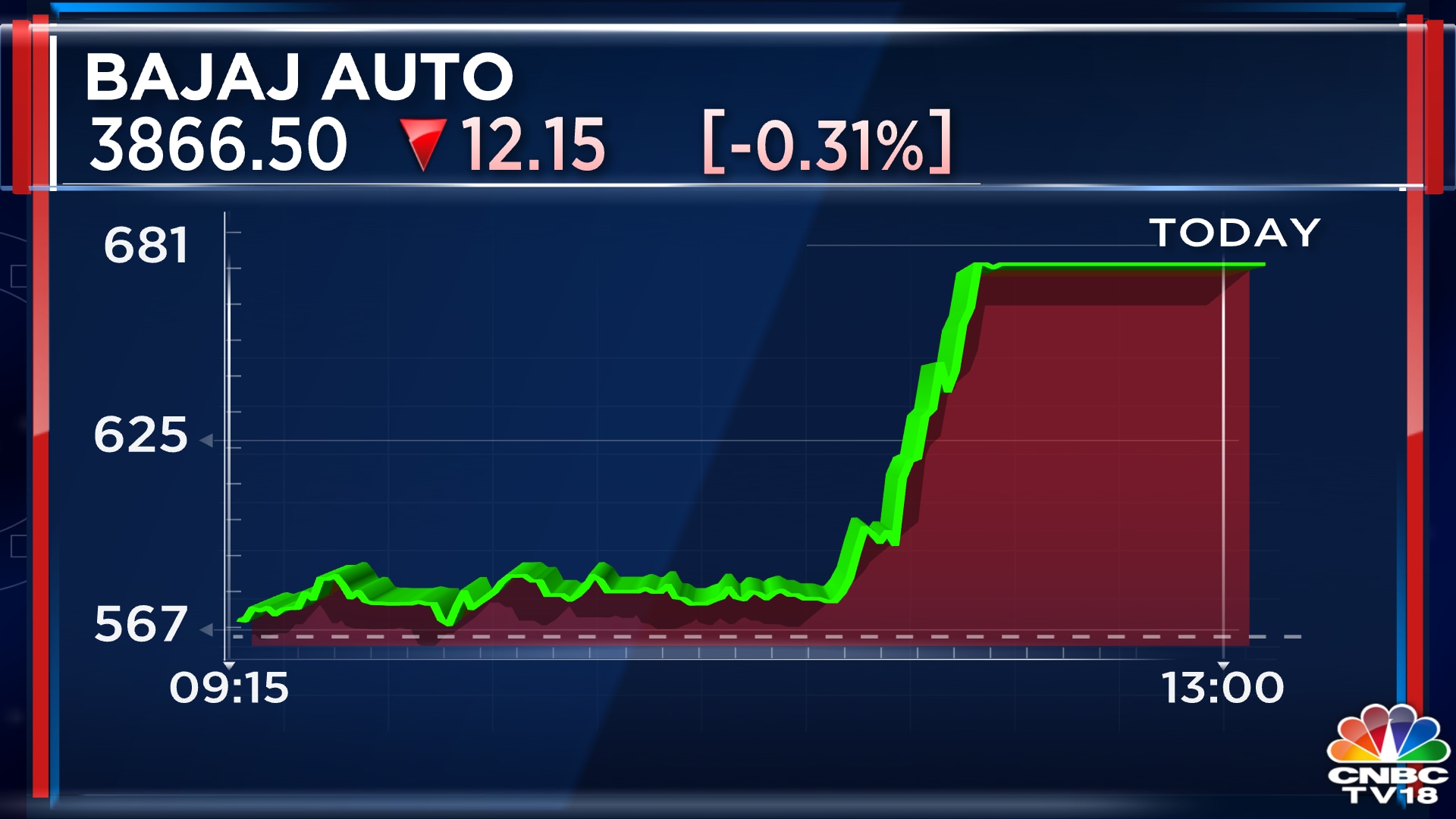 The downtrend in two-wheeler maker’s shares comes as inflation fears grip investors all over the world. The US inflation data later in the day is expected to affect global markets further.
The Bajaj Auto board will meet on June 14 to consider the first-ever buyback of its shares. Buying back shares is considered a tax-efficient way of rewarding shareholders. In a regulatory filing on Thursday, the firm said the board would consider a proposal for the buyback of fully paid-up equity shares in accordance with the Securities and Exchange Board of India (Buy-back of Securities) Regulations, 2018.
Analysts expect the offer to be at a healthy premium.
The filing also stated that the trading window for dealing in Bajaj Auto securities had been closed from June 9-16 (both days inclusive) as per SEBI (Prohibition of Insider Trading) Regulations, 2015, norms.
Bajaj Auto has $750 million cash on books while its capital expenditure requirements remain low. Its FY22 capex was $75 million.
Global brokerage Morgan Stanley has an equal weight rating on the stock with a target price of Rs 4,182 per share.
“Looking at previous buybacks such as Tata Consultancy Services (TCS) and agrochemicals firm UPL, the offer price was more than 15 percent above the market price. Assuming a similar trend, we believe the share price of Bajaj could rise in the near term,” the brokerage said.
Bajaj Auto is launching a new electric vehicle production line at its plant in Maharashtra’s Akurdi on Friday. In November 2021, the firm said it would be investing Rs 300 crore in a new EV unit to scale up production of Chetak and future electric vehicle products to 500,000 a year.
Chetak EV will be produced at the factory where the Chetak IC scooter was manufactured till 2005. Bajaj Auto has a booking backlog of approximately 16,000 Chetak EVs due to the supply crunch. The new EV factory will have a capacity of 400 units per day initially. Meanwhile, EV production will continue at Chakan simultaneously for some time.
Follow latest stock market updates on CNBCTV18.com's blog here
Check out our in-depth Market Coverage, Business News & get real-time Stock Market Updates on CNBC-TV18. Also, Watch our channels CNBC-TV18, CNBC Awaaz and CNBC Bajar Live on-the-go!
Tags