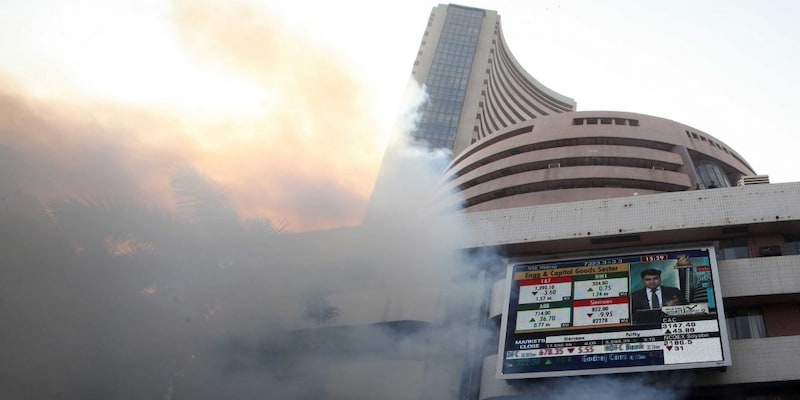 Value buying by investors, primarily in banking, healthcare and auto stocks on Friday helped the indices end higher than the previous week's levels.

Despite volatility and a broadly bearish momentum, the key Indian equity indices rose for the fifth consecutive week, although with marginal gains.

Value buying by investors, primarily in banking, healthcare and auto stocks on Friday helped the indices end higher than the previous week's levels.
The gains in the week ended Friday, were limited by global trade war concerns due to imposition of tariffs and counter-tariffs internationally.
Index-wise, the barometer 30-scrip Sensitive Index (Sensex) of the BSE rose by 67.46 points or 0.19 percent to close at 35,689.60 points on a weekly basis.
The wider Nifty50 of the NSE closed the week's trade at 10,821.85 points, up 4.15 points or 0.04 percent, from its previous close.
According to analysts, market breadth was negative in all the five trading sessions of the week.
"Markets ended the week with marginal gains after trading in a rangebound manner for a major part of the week. It was nevertheless the fifth consecutive week of gains for the Nifty50," said Deepak Jasani, Head of Retail Research at HDFC Securities.
Shibani Kurian, senior vice president and head of equity research at Kotak Mutual Fund told IANS: "Volatility in the market continued during the week ended June 22, 2018 amidst rhetoric of intensifying trade wars between the US and China and the possibility of imposition of further tariffs against imports from China."
According to Equity99's Senior Research Analyst, Rahul Sharma, stock specific actions were the flavor of the week, "wherein HDFC twins (HDFC, HDFC Bank) shimmered, gaining more than 2 per cent".
Further, during the week all eyes were on the outcome of the Organisation of Petroleum Exporting Countries' (OPEC) meet, said Prateek Jain, Director of Hem Securities. OPEC, was expected to decide on raising its oil production to cool down oil prices and eventually on Friday it announced an agreement to raise oil output by nearly one million barrels per day.
On the currency front, the rupee closed at 67.84 against the US dollar appreciating by 18 paise from its previous week's close of 68.02 per greenback.
In terms of investments, provisional figures from the stock exchanges showed that foreign institutional investors sold scrip worth Rs 2,088.81 crore, while the domestic institutional investors purchased stocks worth Rs 4,720.76 crore during the week.
Figures from the National Securities Depository (NSDL) revealed that foreign portfolio investors (FPIs) divested equities worth Rs 4,528.63 crore, or $665.71 million, in the week ended on June 22.
Sectorally, the top gainers were the Bank Nifty, pharma and energy indices, while the top losers were metal, public sector banks and IT indices, Jasani told IANS.
The top weekly Sensex gainers were ICICI Bank (up 6.57 percent at Rs 300.85); HDFC (up 3.86 percent at Rs 1,902.40); HDFC Bank (up 2.52 percent at Rs 2,081.80); Tata Motors (up 1.63 percent at Rs 308.15); and Yes Bank (up 1.41 percent at Rs 335.20 per share).
The major losers were Coal India (down 5 percent at Rs 265.10); Vedanta (down 4.23 percent at Rs 228.65); ONGC (down 3.63 percent at Rs 159.45); Wipro (down 3.34 percent at Rs 257.95); and Infosys (down 2.66 percent at Rs 1,246.45 per share).
Check out our in-depth Market Coverage, Business News & get real-time Stock Market Updates on CNBC-TV18. Also, Watch our channels CNBC-TV18, CNBC Awaaz and CNBC Bajar Live on-the-go!