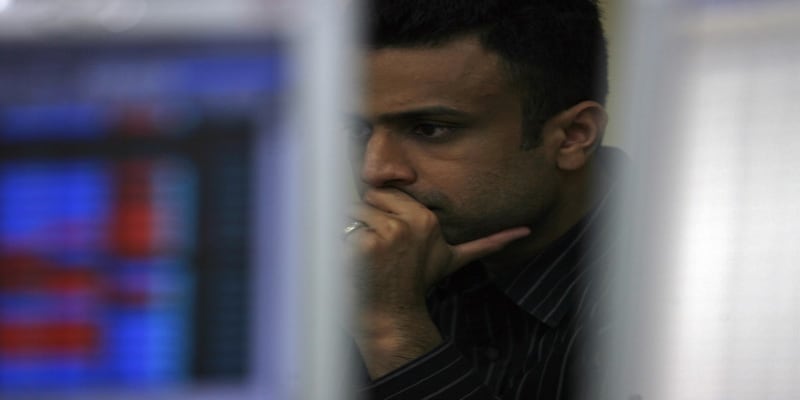 Indian shares are likely to open lower on Friday, tracking weak Asian equities, after the European Central Bank halted new bond purchases as expected and ahead of the Reserve Bank of India board meeting later in the day.

The Indian market is set for a negative start ahead of the Reserve Bank of India board meeting later in the day. On Thursday, ministers, led by FM Arun Jaitley, attacked Urjit Patel on RBI functioning and termed the central bank's policies as "unreasonable".

On the global front, Asian shares were defensive on Friday as investors kept a wary eye on economic tensions between US and China.
At 07:26 AM, SGX Nifty, an early indicator of the Nifty 50's trend in India, was down 0.39 percent at 10,784, indicating a negative opening for the Indian market.
Here's what you should know before the market opens:
RBI vs Government: While admitting that government has issues with the central bank on credit flow and liquidity, Jaitley said the government has begun "discussions" with it to rectify the same.
Asia: Asian shares were on the defensive on Friday as investors kept a wary eye on economic tensions between Washington and Beijing while the euro was steady after the European Central Bank halted new bond purchases as expected. MSCI’s broadest index of Asia-Pacific shares outside Japan eased 0.3 percent while Japan’s Nikkei dropped 0.4 percent.
Oil: Oil prices held firm after data showed on Thursday inventory declines in the United States and as investors began to expect that the global oil market could have a deficit sooner than they had previously thought.
Wall Street: On Wall Street, the S&P 500 ticked down 0.02 percent to 2,650, not far from its 6-1/2-month closing low of 2,633 touched on Nov 23, while the Nasdaq Composite dropped 0.39 percent.
Gold: Gold eased to its lowest in nearly one week on Thursday as the dollar rose and investors latched on to gains in global stocks, while palladium touched record highs on expectations of higher demand.
Market close:  Indian shares remained upbeat after inflation eased sharply in November, and the new central bank governor ensured the central bank's autonomy. The NSE Nifty closed 53 points higher at 10,791 points while the BSE Sensex closed 150 points higher at 35,929 points.
Rupee: The rupee closed at 71.68 against the US dollar.
RBI governor meets PSB chiefs: The meeting lasted for about 90 minutes, and was attended by the heads of State Bank of India, IDBI Bank, Union Bank of India, Central Bank of India, Dena Bank, Bank of India, and Bank of Baroda, sources who were part of the meeting confirmed to CNBC-TV18. RBI governor Shaktikanta Das, along with his four deputy governors were all in attendance. “It was a good introductory meeting with the new governor, and current concerns of the banks were discussed,” a banker said.
Banks Board Bureau: The government has constituted a seven-member panel to select managing directors of public sector insurance companies. According to sources, the panel would be headed by Banks Board Bureau (BBB) chairman B P Sharma.
FIIs and DIIs: Foreign Institutional Investors (FIIs) bought shares of Rs 675.14 crore while Domestic Institutional Investors (DIIs) sold Rs 51.86 crore of shares in the equity market on December 13, as per the NSE data.
(With inputs from agencies)
Check out our in-depth Market Coverage, Business News & get real-time Stock Market Updates on CNBC-TV18. Also, Watch our channels CNBC-TV18, CNBC Awaaz and CNBC Bajar Live on-the-go!