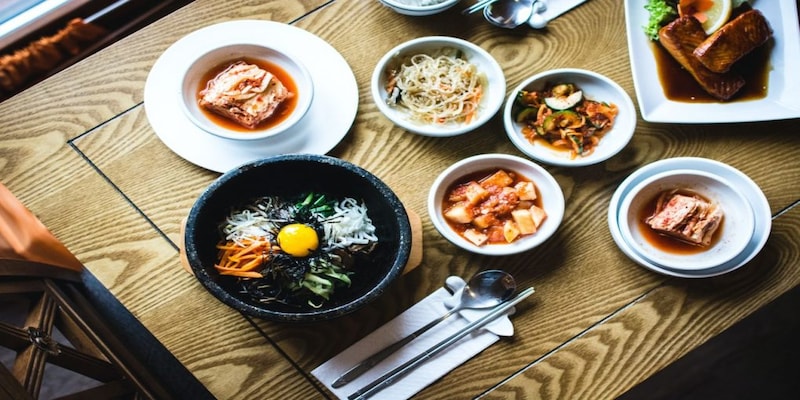 From the first Chinese restaurant in Mumbai in the 1960s to now a plethora of Asian-themed restaurants to choose from, the food and dessert scene in the city has changed quite a lot in the last five decades. Read on to know how this change came about and what has been influencing this recently.

Mumbai got its first taste of Chinese food in 1967, when the Flora restaurant had opened in the city. Over the years, a lot more Chinese restaurants opened up across the city, including Fat Kong, Dynasty, Gypsy, Royal China, among others.

This then progressed to a bunch of pan-Asian restaurants opening up, which added items from other Asian countries on their menu, such as Thai curry, dumplings, sushi, khao suey, etc, other than the regular hakka noodles, fried rice, schezwan, Manchurian, sweet corn soup, etc.
And now, over the last few years, the city has seen restaurants opening that cater to specific cuisines from the other Asian countries, such as Vietnamese, Thai, Chinese, Japanese, Korean, etc.
With the internet making cultures across the globe more accessible and also with a lot of Indians travelling abroad, there has been a higher demand for different cuisines here. Giving an example of sushi, Sameer Malkani of The Food Bloggers’ Association of India (The FBAI), said, “Initially, sushi was only available at five star restaurants. With the Internet, cable, OTT platforms, and people travelling, the exposure was very high. And there was a lot of consumer pull to experiment with it.” 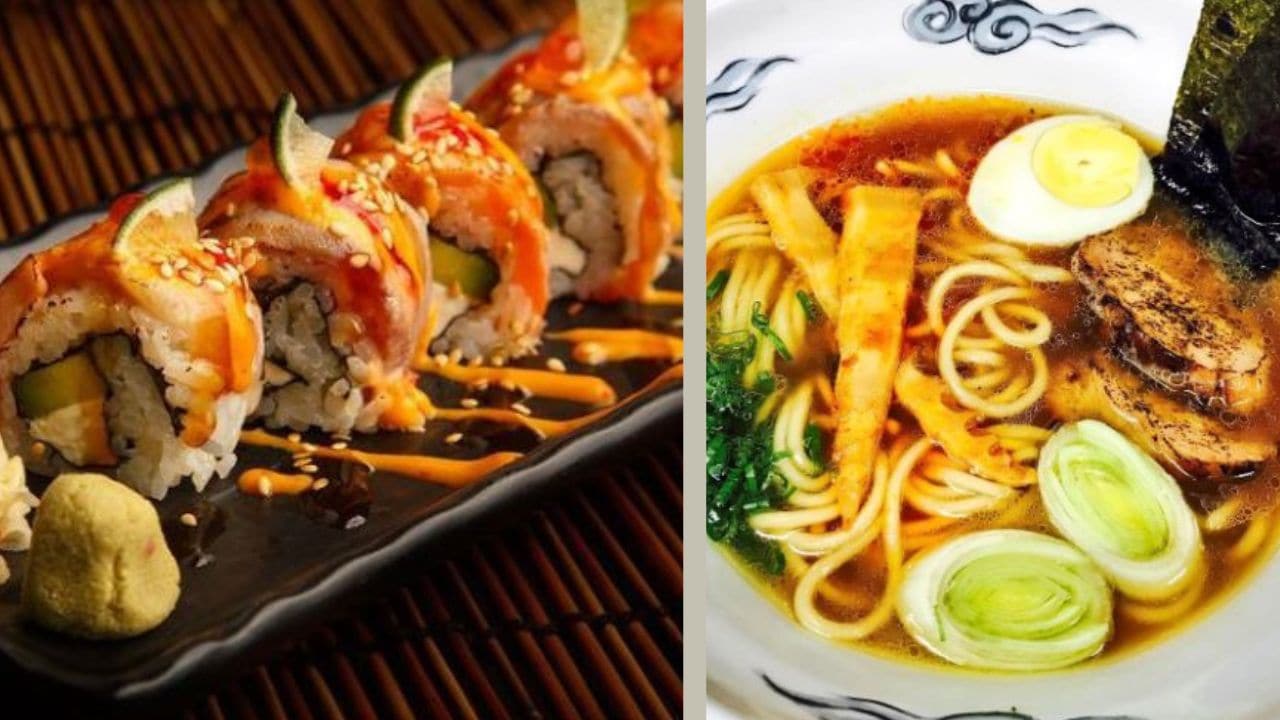 Sushi (left) and Shoyu Ramen, served at Japanese restaurant Kofuku in Mumbai. (Image courtesy: Kofuku Instagram)
And with the rising demand, retailers as well as distributors also started stocking up on these ingredients, that weren’t as easily available in the market a few years ago.
Also Read: Study finds cocoa helps reduce blood pressure, arterial stiffness — A look at its other benefits
“We are the importers and distributors of Japanese food material in India, so have a good background knowledge about food products and the taste of Japanese cuisines. Also, as I know that Korean cuisine is healthy and tasty, so we predicted that Heng Bok would have a good demand for Korean cuisines in the market in the future,” said Rinchen Palkit, the owner of the Korean restaurant Heng Bok as well as the Japanese restaurant Kofuku. Kimbab (left) and Korean barbeque served at Heng Bok restaurant in Mumbai. (Image courtesy: Heng Bok Instagram)
Palkit also said that there has been a huge rise in demand for Asian cuisines due to the Japanese food culture as well as the Korean dramas that more and more people are taking a liking to.
Talking about the most ordered dishes at the two restaurants, Palkit said, at Kofuku it is sushi, sashimi, ramen, gyouza, tempura, bento, Japanese curry rice and Japenses hot pot; whereas at Heng Bok it is the Korean barbeque, tteokbokki, kimchijjigae, kimbab, dak galbi, dolsot bibimbap and Korean hot pot.
Apart from these the other Asian-themed restaurants that have opened up in Mumbai include Izumi, Mizu, Nara Thai, Koko, Fatty Bao, Hakkasan, among others.
Pop culture influence on the dessert scene in Mumbai 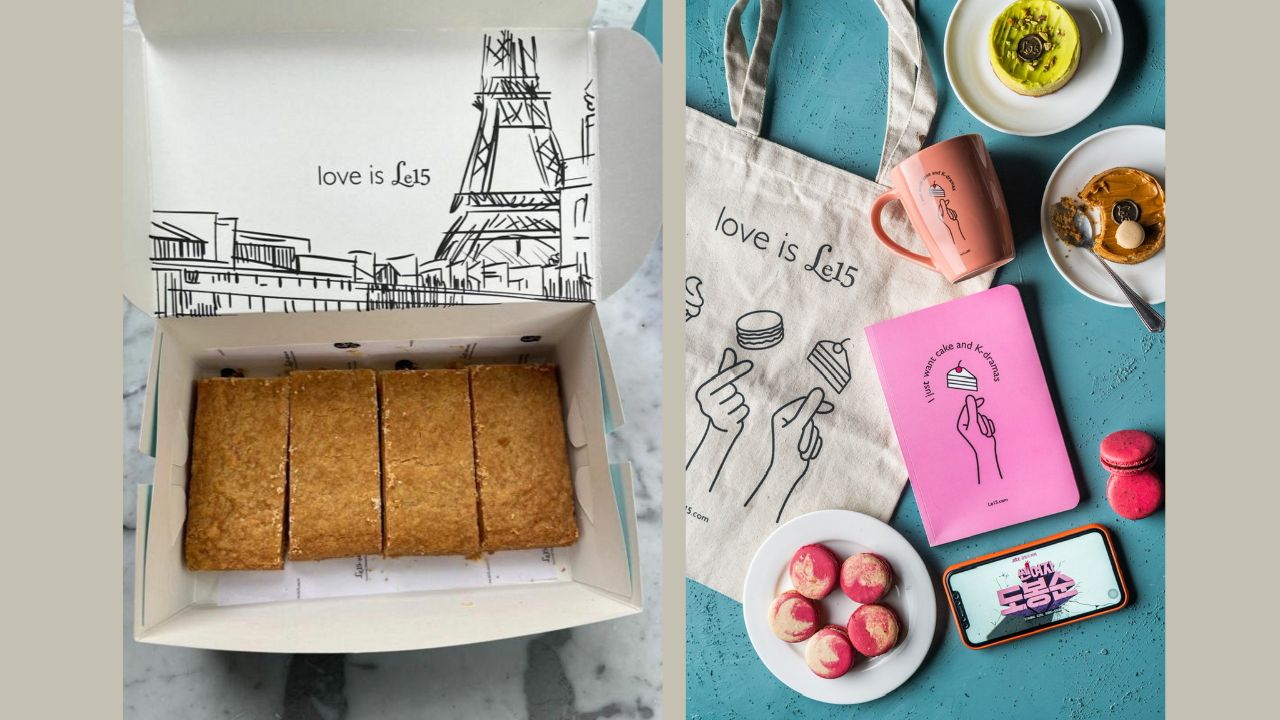 Le15 Patisserie's limited-edition Ted Lasso biscuits (left) and K-Drama themed merchandise (Image Courtesy: Le15 Patisserie)
“Both pop culture and social media fads have had a certain influence in the baking world,” said pastry chef and co-founder of Le15 Patisserie, Pooja Dhingra. People want to make what they see on TV or online. With more chefs showcasing their work and sharing recipes on Instagram, it has definitely found its way in baking trends around the world, she said.
Dhingra said travelling to new destinations inspires her a lot to come up with new products. But during COVID, she had to use what was available to her to seek inspiration. “We were all collectively binge watching TV shows all through lockdown and those inspired our Ted Lasso biscuits and K-drama collection. The response to both was overwhelming and I didn’t expect it to do so well,” she said.
She too agreed that pop culture and social media have definitely influenced the food and dessert scene in Mumbai. “For example, people want desserts that will look good on Instagram. Many trends such as dalgona coffee, banana bread-based desserts, all originated from instagram and then found their ways on many menus,” she said. 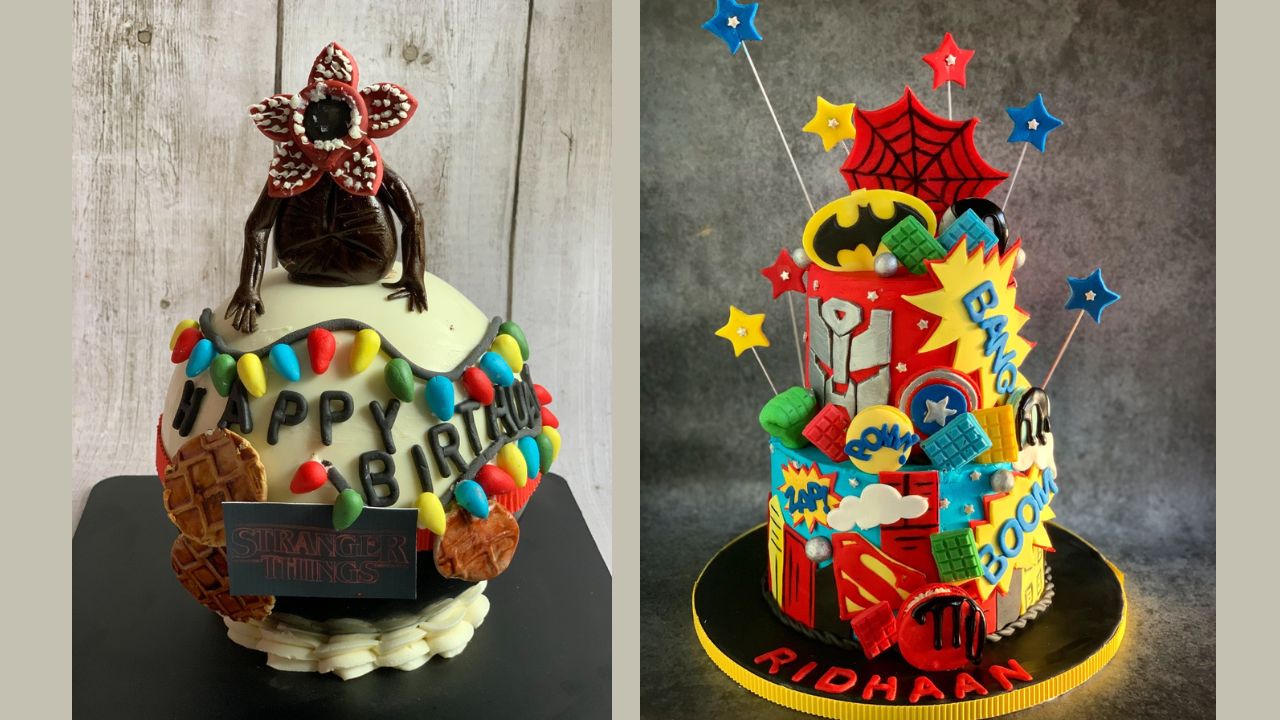 Stranger Things-inspired cake (left) and Superheroes-themed cake made by Mishmash Bakery in Mumbai (Image courtesy: Mishmash Bakery)
Shikha Murarka, the owner of Mishmash bakery in Mumbai, too said a lot of their designs are heavily-based on pop culture these days. “We have seen a huge demand for super hero cakes. We have personally made over 20 cakes only on this theme,” she said.
She said orders start coming in on whatever is trending. “For example, Stranger Things was trending recently so a lot of people started wanted desserts based on the same,” she said. Murarka got a couple of orders for Stranger Things-themed cakes after the recent season of the Netflix show came out. She said even when it comes to desserts, if people see something other people are making, they also start demanding the same.
Both Dhingra and Murarka said they work on product development and innovation through the year.
Also Read: Planning next vacation? Check out these travel deals before making bookings
Check out our in-depth Market Coverage, Business News & get real-time Stock Market Updates on CNBC-TV18. Also, Watch our channels CNBC-TV18, CNBC Awaaz and CNBC Bajar Live on-the-go!