Supreme Court HIGHLIGHTS: The Supreme Court on Friday ruled in favour of e-commerce giant Amazon by holding that Singapore's Emergency Arbitrator (EA) award, restraining the Rs 24,731 crore merger deal of Future Retail Ltd (FRL) with Reliance Retail, was valid and enforceable under Indian laws. A bench of Justices R F Nariman dealt with the larger question and held that an award of an EA of a foreign country is enforceable under the Indian Arbitration and Conciliation Act despite the fact that the term EA is not used in arbitration laws here.

SC Judgment – Division bench order of Del HC which had allowed for Future Retail to progress have been stayed.

IMP – No appeal lies under Sec 37 of Arbitration Act against the HC order for enforcement of EA order.

Thank you, readers! That's all from our side in Supreme Court's verdict in the Amazon-Future Group deal case

Stay tuned for other updates on our website: CNBC-TV18.com

The Amazon-Future case has been among the most closely tracked case in the retail space recently. As the saga potentially sees a close, tracks how the case has unfolded in the last 1-2 years.

Amazon spokesperson: “We welcome the verdict of the Hon’ble Supreme Court of India upholding the Emergency Arbitrator’s award. We hope that this will hasten a resolution of this dispute with Future Group.”

Do note, Emergency Arbitrator Order had directed for a stay on the Future Retail deal

SC judgment confined to the enforceability of Emergency Arbitrator Order

SC Judgment does not deal with the merits of the Future Retail, Amazon Dispute.

Emergency Arbitrator order has been held to be enforceable.

Emergency Arbitrator order can be challenged in Indian High Court.

Future Retail is likely to move the Del HC to challenge the Emergency Arbitrator Order.

Emergency Arbitrator had directed for a stay of the Rs. 25, 000 crore Future Retail Deal.

In Dec 2020, Future Retail moved Del HC in a suit, sought to restrain Amazon from writing to regulators.

In Dec 2020, Single Judge Bench of Del HC (Justice Mukta Gupta) held that prima facie Amazon's conduct was that of tortious interference, that FRL board resolution was valid, that Amazon was potentially in violation of FEMA (Amazon appealed against this order. Amazon appeal is still pending before division bench of Del HC)

On Feb 8, 2021, Division Bench of the Del HC granted relief to FRL, overturned the INTERIM order of Justice Midha granting "status quo" on the deal.

On Feb 11, Amazon moved the Supreme Court against the Division Bench order of Del HC, lifting the INTERIM status quo

On Feb 22, Supreme Court allowed for FRL to proceed with a plea for a nod before NCLT, restrains NCLT from finalizing orders sanctioning the deal.

Mar 18 – Justice Midha led bench of Del HC, passed final orders, confirms the interim order that EA order needs to be complied with. Further states that Future, Biyani wilfully disobeyed the EA order and must face consequences. Del HC has directed for attachment of Biyani, Future Promoter Directors' assets. Del HC has asked Biyani, Future Promoter Directors to show cause why they should not be placed in civil jail for 3 months.

Also, what about the banks? asks CNBC-TV18's Mangalam Maloo

BACKGROUND | This verdict comes nearly a year after Reliance Retail announced that it will be buying Future Group's retail, wholesale and the logistics and warehousing business by way of a slump sale for Rs 24,713 crore in August 2020.

Alert - Supreme Court bench assembles to pronounce the verdict in the Amazon-Future dispute.

SC will decide if Emergency Arbitrator Order is enforceable.

CNBC-TV18's Ashmit Kumar a 360 degrees round-up of the Amazon-Future Retail tussle ahead of the verdict.

Meanwhile, you can follow live updates from the RBI MPC decision today with our live blog and stock markets as well.

In this explainer, Santosh Nair dispels some of commonly-held myths around the Future-Amazon legal dispute. 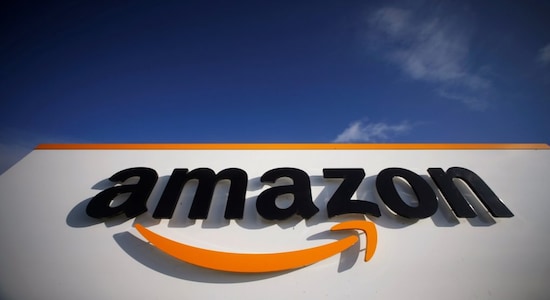