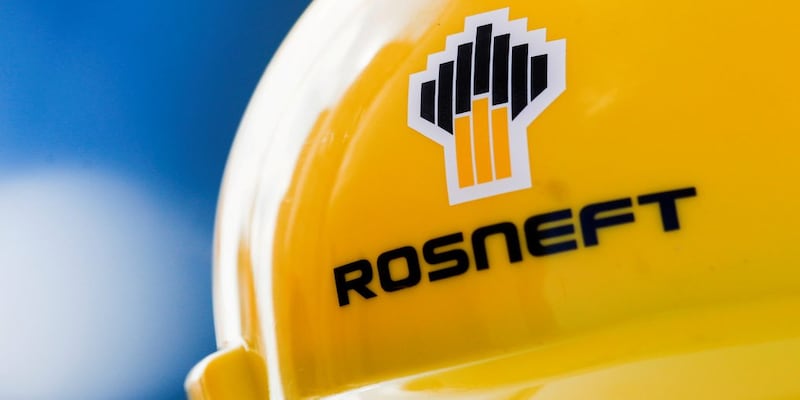 Russian oil major Rosneft's $1.4 billion lawsuit against the ExxonMobil-led Sakhalin-1 consortium relates to a row over how oil should be shared between the Sakhalin-1 concession and an adjacent Rosneft field, court papers show.

Russian oil major Rosneft's $1.4 billion lawsuit against the ExxonMobil-led Sakhalin-1 consortium relates to a row over how oil should be shared between the Sakhalin-1 concession and an adjacent Rosneft field, court papers show.

By bringing the legal action, Rosneft is taking on one of its closest foreign partners: Rosneft and ExxonMobil have multiple joint projects. But Rosneft and its powerful boss Igor Sechin have a track record of assertively fighting their corner in commercial disputes.
Rosneft filed the suit in the Sakhalin district arbitration court in Russia's far east, accusing the consortium of unjust enrichment, an allegation the consortium denied. Rosneft did not disclose the exact nature of the dispute.
According to court documents reviewed by Reuters on Tuesday, the court asked Rosneft to present documents related to an agreement over the "cross-flows" of oil from the Northern Chayvo oilfield, controlled by Rosneft.
The Northern Chayvo field is adjacent to the concession area controlled by the Sakhalin-1 consortium.
It is commonplace in the oil industry for extraction activities on one concession to influence oil flows on a neighbouring permit, because the oil lies in rock formations that straddle two or more permits.
"Since oil cross-flows can be determined by an examination, most disagreements between companies of this nature are resolved out of court by negotiation," Aton, a Russian brokerage, said in a research note.
Asked whether the suit concerned a dispute over "cross-flows" between the Sakhalin and Rosneft permits, a Rosneft spokeswoman said the company had no comment.
Sakhalin-1 is operated by Exxon Neftegaz Ltd, through which ExxonMobil owns 30 percent in the project. Rosneft and India's ONGC control 20 percent each. Japanese consortium Sodeco owns 30 percent.
Production at Sakhalin-1 stands at around 200,000 barrels per day (bpd).
Northern Chayvo was forecast by Rosneft to produce 30,000 bpd at its peak when it was launched in September 2014. Rosneft has said the field's production fell by 42 percent in the first quarter of 2018 to around 21,000 bpd.
Rosneft's suit against the Sakhalin-1 project seeks to recover funds gained by parties between July 10, 2015, and May 31, 2018, through "unjust enrichment and interest gained by using other people's money", according to court documents.
It was not clear from the court documents whether the dispute over "cross-flows" was central to Rosneft's suit against the Sakhalin consortium, or just part of it.
There is other evidence that the issue has been on Rosneft's radar.
According to the Russian state procurement database, Rosneft in November 2017 commissioned energy auditing firm DeGolyer and MacNaughton to conduct an audit of "cross-flows" of oil and gas condensate between Northern Chayvo and the oilfield developed by the Sakhalin-1 consortium.
Inter-corporate conflicts
Rosneft, presided over by Sechin, an ally of Russian President Vladimir Putin, is no stranger to inter-corporate conflicts.
In a recent case, it won 100 billion roubles in a legal settlement with industrial conglomerate AFK Sistema over a mid-sized oil company which Rosneft acquired from the firm.
Sergei Saveliev, a partner at law firm Saveliev, Batanov & Partners, which specialises in corporate conflicts, said disputes over "cross-flows" happened quite often in the oil and gas industry.
"Oil flows from one block to another, one side is taking the other's oil. Usually this is regulated through certain agreements, using some metrics," he said.
"In this case, either there has been no agreement, or they couldn't agree on the metrics."
An industry source, speaking on condition of anonymity, said Rosneft may be using the case as a bargaining chip to extract a concession from Exxon on one of their joint projects.
"Maybe they need some concessions. Rosneft has always perceived Exxon as a partner. They had joint projects in the United States and Canada, they want to enter Mozambique ... they have plans for a liquefied natural gas plant in the far east (of Russia)," the source said.
Exxon Neftegaz, the Sakhalin-1 operator, said it was "aware of the court action, rejects the claims and will take action to defend the rights of the Sakhalin-1 consortium".
A Sodeco spokesman declined to comment. ONGC Videsh Ltd's managing director N.K. Verma declined to comment.
Check out our in-depth Market Coverage, Business News & get real-time Stock Market Updates on CNBC-TV18. Also, Watch our channels CNBC-TV18, CNBC Awaaz and CNBC Bajar Live on-the-go!