India's Supreme Court on Wednesday rejected the final appeal of one of the four men sentenced to death for the 2012 fatal gang rape of a woman on a moving bus in New Delhi, paving the way for the four to be hanged.

India's Supreme Court on Wednesday rejected the final appeal of one of the four men sentenced to death for the 2012 fatal gang rape of a woman on a moving bus in New Delhi, paving the way for the four to be hanged.

The gruesome case made international headlines and exposed the scope of sexual violence against women in India, prompting lawmakers to stiffen penalties in rape cases.
The victim, a 23-year-old physiotherapy student whom Indian media dubbed “Nirbhaya,” or “Fearless,” because Indian law prohibits rape victims from being identified, was heading home with a male friend from a movie theater when six men lured them onto a bus. With no one else in sight, they beat the man with a metal bar, raped the woman and used the bar to inflict massive internal injuries to her. The pair were dumped naked on the roadside, and the woman died two weeks later.
The assailants were tried relatively quickly in a country where sexual assault cases often languish for years. Four defendants were sentenced to death. Another hanged himself in prison before his trial began, though his family insists he was killed. The sixth assailant was a minor at the time of the attack and was sentenced to three years in a reform home.
Unnao rape case:
Delhi court convicts Kuldeep Singh Sengar
One of those sentenced to death, Akshay Kumar Singh, filed his review petition earlier this month after the other three had theirs rejected.
The Supreme Court on Wednesday rejected Singh's appeal. India's president can still decide to grant him mercy, but that is not expected to happen.
Activists say new sentencing requirements haven’t deterred rape, the fourth most common crime against women in India, according to government statistics.
The last hanging in India was in 2013.
The Supreme Court’s ruling comes amid a revived debate over sexual violence in India after several headline-grabbing cases in recent weeks. A woman in the northern Indian state of Uttar Pradesh was doused with gasoline and set on fire by five men, including two she had accused of gang rape and who were out on bail, on her way to attend a court hearing in her case. She died earlier this month at a hospital in New Delhi.
Hyderabad rape case: All 4 accused killed in police encounter
The burned body of a 27-year-old veterinarian was found in late November near the city of Hyderabad in southern India. Police later fatally shot four men being held on suspicion of raping and killing the woman after investigators took them to the crime scene, drawing praise from people frustrated by the pace of the 2012 case and condemnation from those who said it undermined the courts’ role. 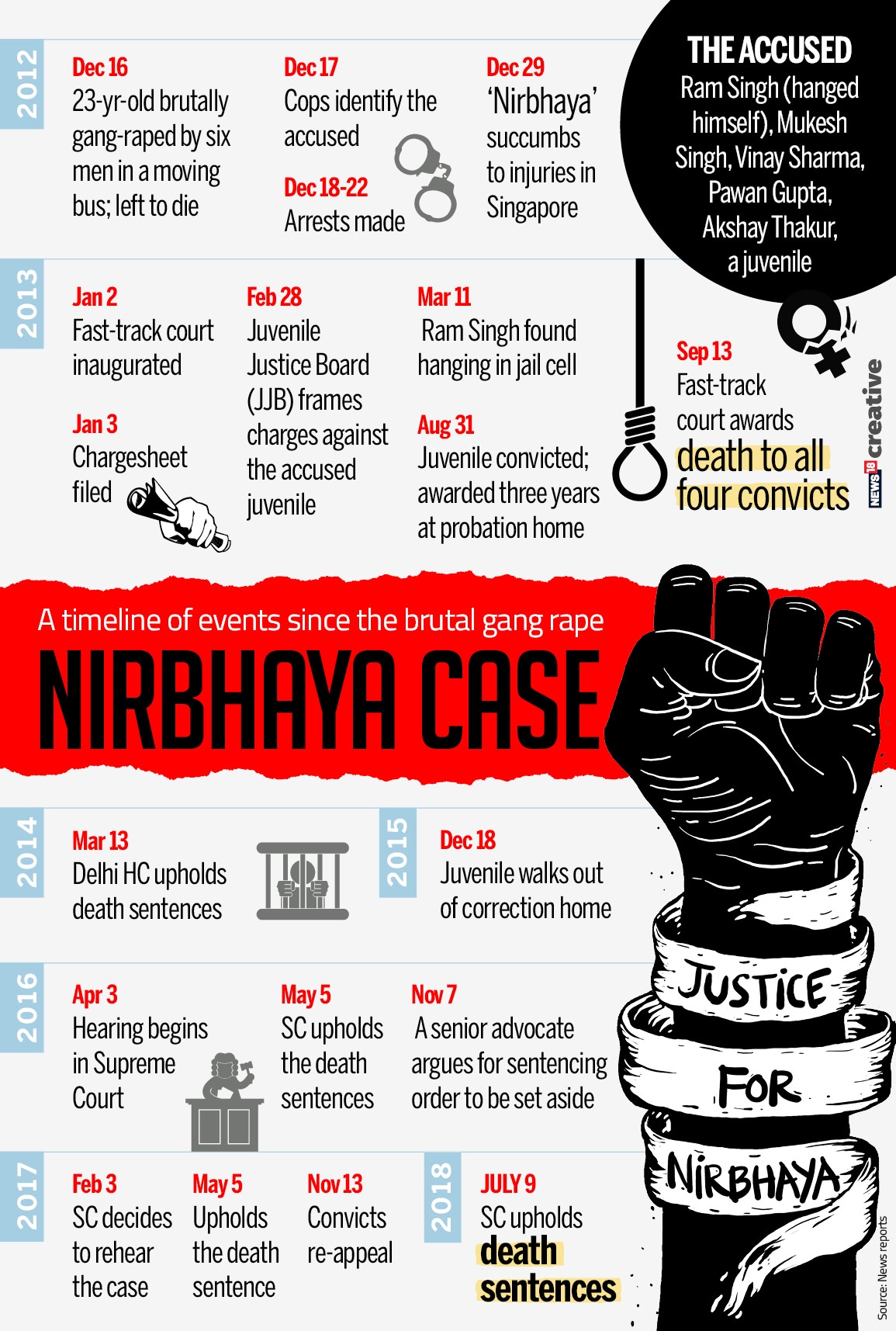