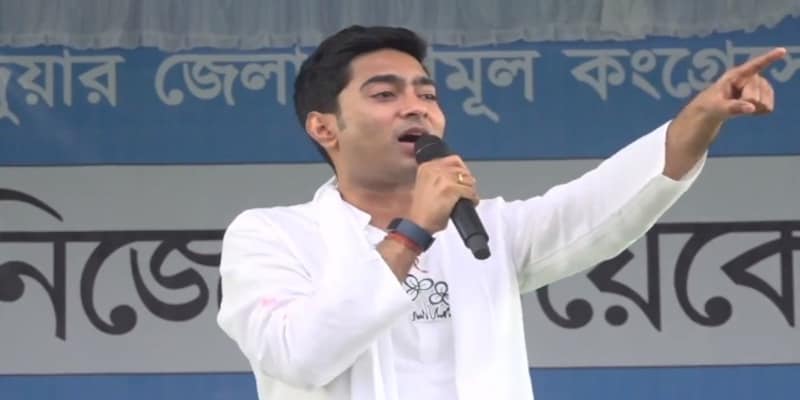 The apex court said it would not tolerate any kind of obstruction and interference by the state machinery if ED interrogates Banerjee and his wife in Kolkata.

The Supreme Court on Tuesday directed Enforcement Directorate to interrogate Trinamool Congress leader Abhishek Banerjee and his wife in Kolkata instead of Delhi, in a money-laundering probe linked to an alleged coal scam in West Bengal.

The ED case is based on a November 2020 FIR registered by the CBI that alleged a multi-crore-rupee coal pilferage scam related to Eastern Coalfields Limited mines in West Bengal's Kunustoria and Kajora areas in and around Asansol.
A Bench of Justices UU Lalit, S Ravindra Bhat and Sudhanshu Dhulia said the ED has to give at least 24 hours prior notice to Banerje before interrogation. The ED has to simultaneously issue a notice to the Commissioner of Police or Chief Secretary of Kolkata.
The apex court said it would not tolerate any kind of obstruction and interference by the state machinery if ED interrogates Banerjee and his wife in Kolkata.
The bench noted it has been further submitted by the state's counsel that apprehension expressed by Additional Solicitor General (ASG) SV Raju, who was representing ED, that there may be interference or obstruction in the interrogation is completely misplaced and every care shall be taken by the state machinery. On the assurance given by the counsel for the state that the entire state apparatus shall see to it that the interrogation or examination goes without any obstruction or interference, we have passed the aforesaid interim direction, the bench said and posted the matter for July 19.
"According to us, he is a potential accused and it's a case of illegal mining worth thousands of crores. Rs 168 crore have been siphoned off and brought to Delhi...We have evidence against him. His name has surfaced. Therefore, we want to interrogate him. It is not that we are just asking somebody to come because he is related to somebody. That's not the case. We have a good case to interrogate him," Raju argued.
The court also issued a notice to the ED on Banerjee's plea against the High Court order and sought a response within three weeks.
With inputs from PTI
Check out our in-depth Market Coverage, Business News & get real-time Stock Market Updates on CNBC-TV18. Also, Watch our channels CNBC-TV18, CNBC Awaaz and CNBC Bajar Live on-the-go!