CNBC-TV18 explains: The significance of the Essar Steel verdict by Supreme Court

Updated : November 15, 2019 03:07 PM IST
NCLT’s formula of equal distribution amongst the financial and operational creditors stands overruled
NCLT and NCLAT cannot interfere with the commercial decision of banks
Mandatory clause for resolving IBC cases within a 330-day deadline done away with

835 days after Essar Steel was first admitted into NCLT, we have a landmark ruling from the top court that will set the precedent for many cases currently undergoing insolvency proceedings, and others to come.

That ArcelorMittal would acquire Essar Steel was cleared by the company law tribunal. But how the 42,000 crores, offered by them, be distributed between various creditors- that was a long, hard-fought battle.

The Big One For Banks

The supremacy of financial creditors has been restored. NCLT’s formula of equal distribution amongst the financial and operational creditors– which violates the commercially accepted norms of lending- now stands overruled with this ruling.

Banks are set to recover almost 92 percent of their claims against Essar Steel, amounting to about 42,000 crores—the single biggest recovery under IBC for banks so far.

The operational creditors are set to get Rs 196 crores proposed by Arcelor plus another Rs 1000 crores later allowed by the creditors' committee, taking the total repayment to Rs 1196 crores.

The other big impact on resolutions going forward is the apex court making it very clear that NCLT and NCLAT cannot interfere with the commercial decision of banks, it is simply not in their jurisdiction. This has been a key ask of banks that have often had to redraw approved resolution plans because of judicial intervention.

Finally, what is a bit of a dampener in this ruling is that the Supreme Court has done away with the “mandatory” clause for resolving IBC cases within a 330-day deadline, which was brought in with the July amendments. For instance, each day of delay in the Essar Steel matter due to court litigations has cost banks Rs 17 crores per day.

SBI is the biggest gainer with the largest exposure to Essar Steel. It stands to recover over Rs 12,000 crores, followed by IDBI Bank, Canara Bank, PNB, ICICI Bank, Union Bank, and others. 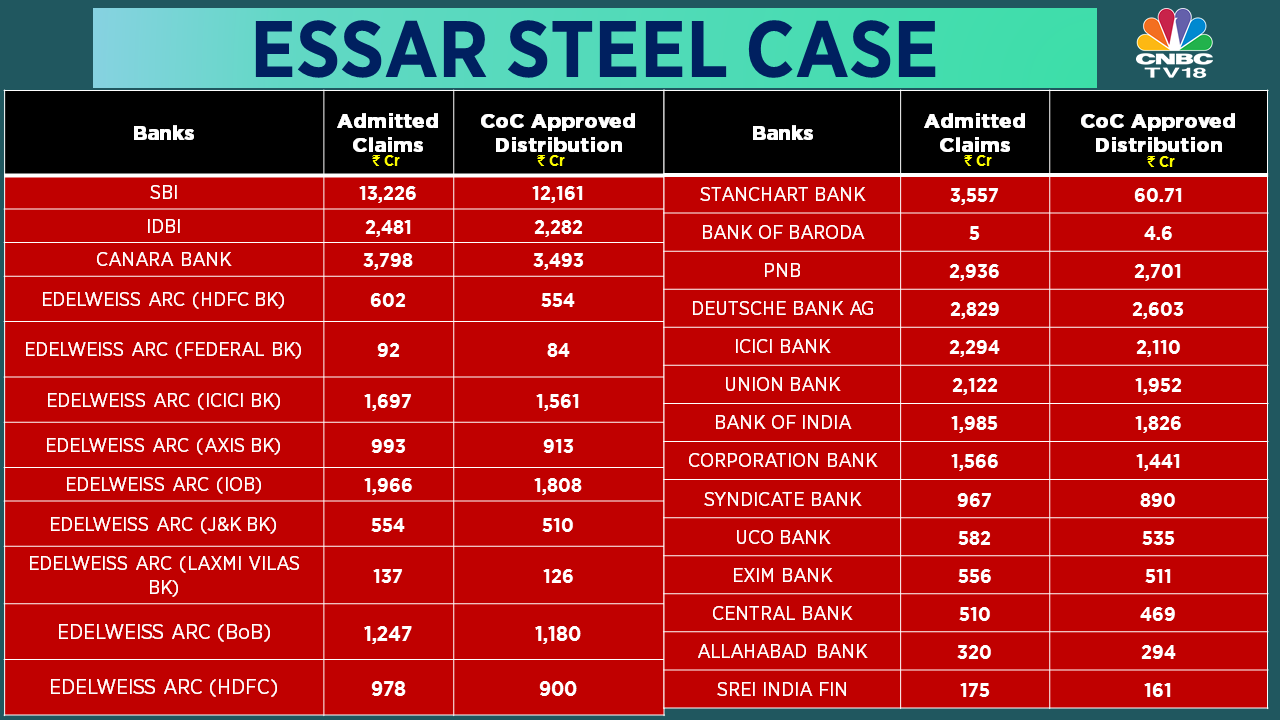