The launch of the upgraded rail component plant in Coimbatore gives Alstom’s component manufacturing business a major shot in the arm. At present, the company manufactures components in Maneja near Vadodra, and Coimbatore.

French mobility manufacturer, Alstom, known for building trains for several metro projects in India, has launched its largest component manufacturing facility in the world, in Tamil Nadu’s Coimbatore.
The new component unit comes with an installed capacity of 2.1 million hours and will help generate 10,000 direct and indirect jobs, the company said. Alstom has invested 25 million euros towards setting up the plant.
Nearly 40 percent of all the company’s global rail component requirements will be manufactured in Coimbatore, Alain Spohr, managing director, Alstom India and South Asia, exclusively told CNBC-TV18.
“We used to have an old factory here in Coimbatore which operated at a capacity of 450,000 hours,” he said, adding that the plant’s capacity of 2.1 million hours is four-and-a-half times larger. 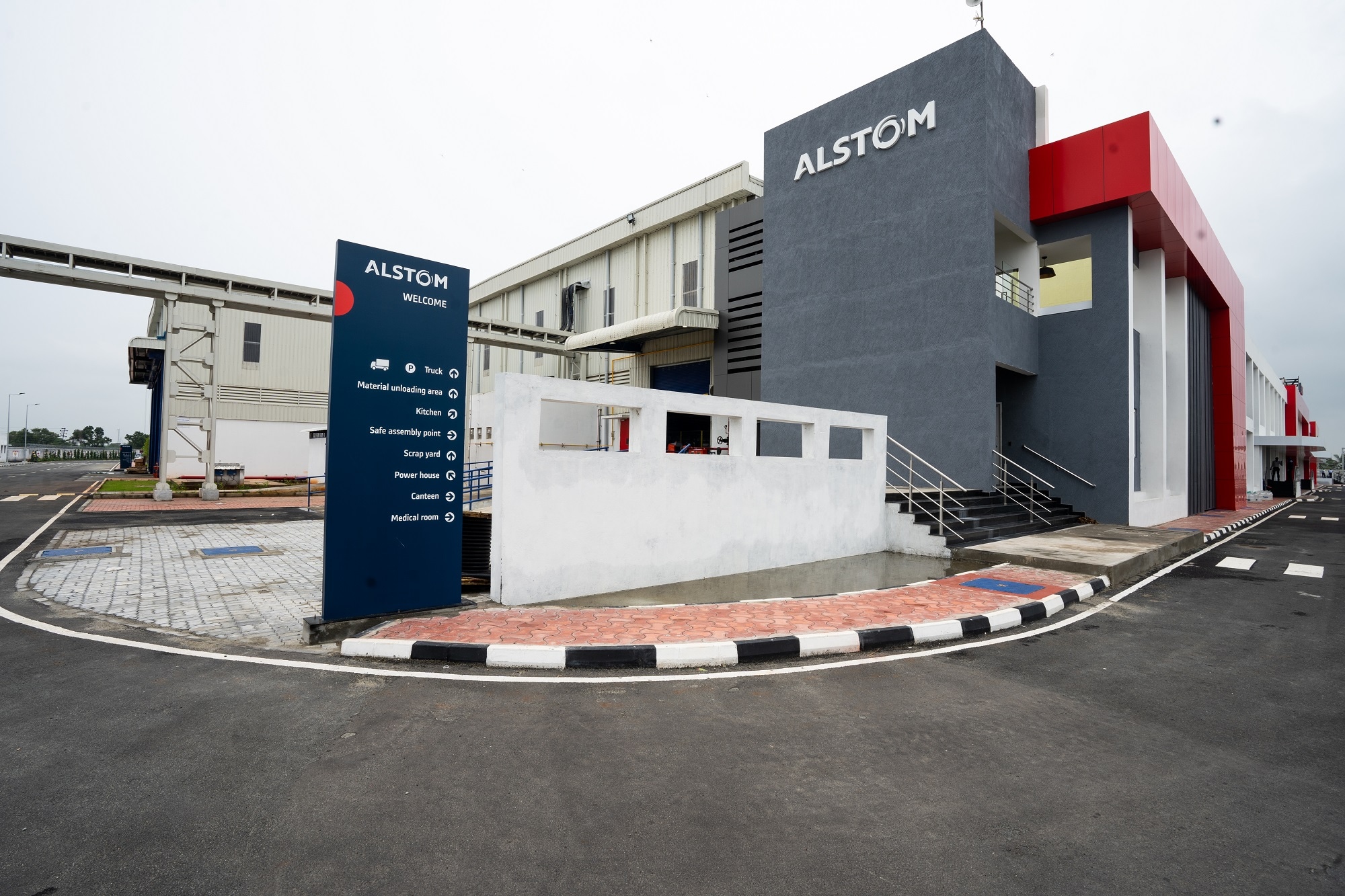 The launch of the upgraded rail component plant in Coimbatore gives Alstom’s component manufacturing business a major shot in the arm. At present, the company manufactures components in Maneja near Vadodra, and Coimbatore.
“In India, the market for rail components is valued at around 200 to 250 million Euros. With Maneja and Coimbatore, we occupy 33 percent market share, which is on par with our main competitor, the Medha Group,” said Spohr. He further said with new capabilities and skills added to the portfolio, the company hopes to exceed this number.
The launch also comes at a time when the market for rail components in India is growing, thanks to the Indian Railways’ focus on locomotive and train set manufacturing. In line with the projected increase in demand, Alstom has an ongoing investment of 125 million euros distributed across its plants, pan-India. ‘Will deliver Mumbai, Kanpur, Delhi-Meerut Metro trains next fiscal’
“We took the decision to scale up our industrial footprint in the country four years ago, and an investment of 125 million euros is significant in this regard,” said Spohr. He said a large chunk of that money has gone into the Madhepura Locomotive Factory, which the company operates together with the Indian Railways, while another large part of it is invested in the Kolkata plant, which manufactures train shells for Madhepur, and Sri City where it manufactures metro trains. In keeping with this pace of industrial growth, Spohr also confirmed finalised delivery timelines for several of its ongoing metro projects. In FY23, the company will deliver trains for three key metro projects and complete delivery of 100 e-locomotives currently being manufactured at the Madhepura plant.
“We are focused on ramping up production for Mumbai Metro Line-3 — two trains are already available at our Sri City plant, waiting to be delivered next fiscal,” he said. The firm is also targeting delivery of the Kanpur Metro trains to Uttar Pradesh and the Delhi-Meerut metro trains in the next fiscal, he said. “By this time, we will also begin manufacturing of Mumbai Metro Line-4,” Spohr added.
‘COVID-19 slowed down operations’
However, it hasn’t been easy. Earlier this year, Alstom was forced to shut all its plants nationwide for nearly two months in the wake of India’s second COVID-19 wave and rising infections. “We were hit very badly and we had to shut down operations completely,” said Spohr, “Thankfully, we restarted quickly between June and July, and are working intensely to mitigate the impact of the closure — we will make up for lost time on our e-locomotives and the Mumbai Metro Line-3 order, the other projects will suffer more.”
Also Read: Train bookings, cancellation unavailable for six hours till November 21; here’s why
Recently, Alstom announced that it hopes to hit the 1-billion-euro (Rs 8,600 crore) mark in revenues from India by FY23. “Our priority is to maintain current operations and deliveries of locomotives from Madhepura, and increase deliveries of components,” said Spohr, elaborating on the strategies to securing the revenue target.
“We also hope to see deliverables coming in from new metro jobs like Delhi-Meerut, NCRTC, Mumbai Metro Line-4, and interesting commercial success from Delhi Phase-4,” he added. The component business is expected to contribute between 160 and 170 million euros in FY23.
(Edited by : Kanishka Sarkar)
Check out our in-depth Market Coverage, Business News & get real-time Stock Market Updates on CNBC-TV18. Also, Watch our channels CNBC-TV18, CNBC Awaaz and CNBC Bajar Live on-the-go!
Tags