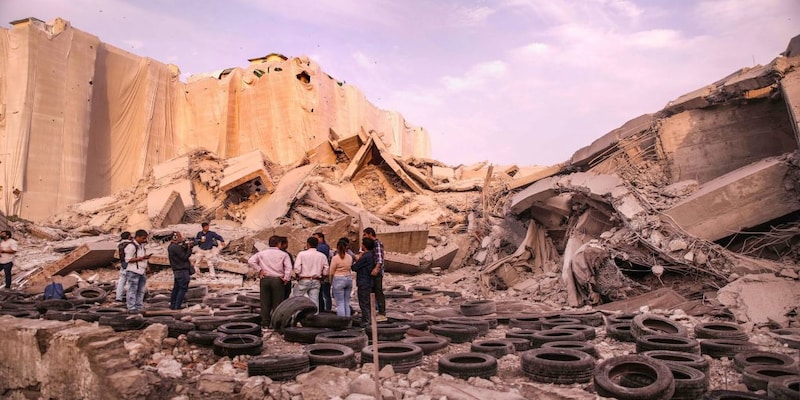 The nearly 100-metre-tall twin towers — Apex and Ceyane — were demolished at 2.30 pm on August 28 as per a Supreme Court order that found their construction within Emerald Court premises in violation of norms. More than 3,700 kg of explosives were used in this operation.

Realty firm Supertech Ltd, which incurred a loss of about Rs 500 crore from the demolition of its twin towers, wants to develop a new housing project at the same place and it will seek refund of land cost and other expenses if authorities do not approve the plan, its Chairman R K Arora said.

The nearly 100-metre-tall twin towers — Apex and Ceyane — were demolished at 2.30 pm on August 28 as per a Supreme Court order that found their construction within Emerald Court premises in violation of norms. More than 3,700 kg of explosives were used in this operation.
After the debris gets cleared from the site, Arora said the company will submit a proposal before the Noida development authority to develop a housing project and also take consent of RWA of Emerald Court, if needed.
Also read:
Noida twin towers demolition: Supertech chairman explains how the land will be used now
"We were allotted 14 acre of land by Noida authority in Noida Sector 93 A for the development of the group housing project. Out of the total land parcel, the twin towers were built on 2 acre land. Now the twin towers have been demolished, we will submit a plan to develop a group housing project on the 2 acre land which is owned by the company,” he told PTI.
Asked how hopeful the company is to get approval, Arora said the company will definitely put up a plan and then it is up to the authority. "We will also take consent of RWA of Emerald Court if required," he said.
When asked about the RWA’s plan to build temple on the land, Arora said: "The RWA should own the land to develop anything. Land is owned by us."
The chairman said the 2-acre land does not fall under green area. In case the permission to develop a housing project is not granted, he said Supertech will seek refund of land cost from the authority.
Also read: Supertech scam: Even refund plus interest will not cover price of a new pad in Noida
"The land cost at present rate should be around Rs 80 crore. We had also paid around Rs 25 crore for the purchase of extra FAR (floor area ratio) in this project," Arora said.
On the damage to the Supertech brand from the demolition, Arora said its definitely a setback but reiterated that the company had developed the twin towers as the building plan approved by the Noida authority and no deviation were made.
Asked whether the company is facing difficulty in raising fund and in sales, Arora said the company has been convincing its customers as well as financial institutions that the demolition would not impact its other projects.
"We have completed and given delivery of more than 70,000 units to homebuyers since inception and are committed to give delivery to remaining 20,000 homebuyers over the next two years," Arora said.
Also read:As Supertech twin towers demolition nears, here's how Kerala flats were brought to rubbles | Watch
Check out our in-depth Market Coverage, Business News & get real-time Stock Market Updates on CNBC-TV18. Also, Watch our channels CNBC-TV18, CNBC Awaaz and CNBC Bajar Live on-the-go!