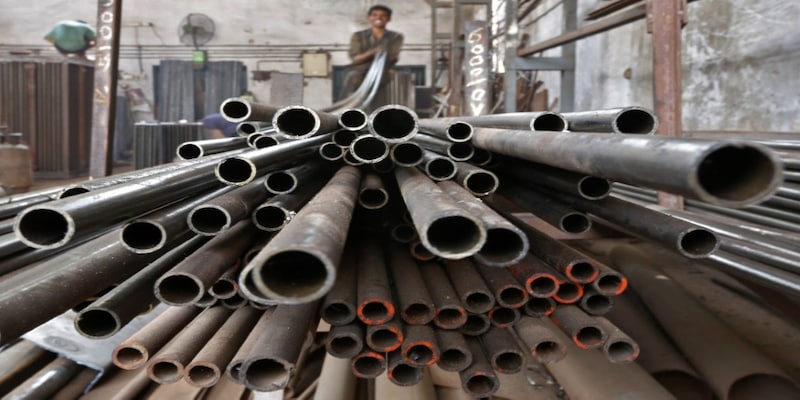 Japan's top steelmaker Nippon Steel & Sumitomo Metal Corp sees India as the most promising market and wants to become "an insider" to capitalise on growth of the world's third-biggest steel market, a senior executive said.

"India will be the fastest-growing steel market in the world going forward," Nippon Steel Executive Vice President Katsuhiro Miyamoto told Reuters in an interview on Thursday.
"But since it's not an easy market to export to due to trade and distribution issues, it's important for us to become an insider. That's why we are bidding for Essar Steel," he said.
Nippon Steel has teamed up with Luxembourg-based ArcelorMittal, the world's largest steelmaker, to bid around $6 billion for bankrupt Essar Steel, India's 4th-biggest steelmaker.
But the bidding process has been delayed due to legal battles over eligibility for the bidders.
Asked if he thinks the chances are in their favour in the bidding race, Miyamoto said: "We have always believed so."
"We have submitted all the documents requested to the National Company Law Appellate Tribunal (NCLAT) and we expect their decision by the end of this month," he said.
World Steel Association (WSA) forecast steel demand in India will climb 5.5 percent in 2018 and 6 percent in 2019, becoming the fastest-growing market among the world's top ten steel consumption countries.
Even so, Japan's steel exports to India nearly halved in 2016 after India imposed duties of up to 20 percent on some hot-rolled flat steel products in September 2015. India also set a floor price in February 2016 for steel product imports to deter countries such as China, Japan and South Korea from undercutting local mills.
Since then, Japan's annual steel exports to India have been hovering at around 1.3 million tonnes, just 3 percent of the country's total exports of the metal.
Nippon Steel has a joint venture with India's Tata Steel to produce cold-rolled sheets for automobiles, but it has little presence in steel used in other areas in the South Asian nation.
"If we can buy Essar, it will give us access to India's general steel users including builders," Miyamoto said.
Nippon Steel said in March it will spend 600 billion yen ($5.4 billion) for business investment, including for mergers and acquisitions (M&A), over the next three years. That would be up from 210 billion yen spent over the previous three years to step up global expansion.
Check out our in-depth Market Coverage, Business News & get real-time Stock Market Updates on CNBC-TV18. Also, Watch our channels CNBC-TV18, CNBC Awaaz and CNBC Bajar Live on-the-go!