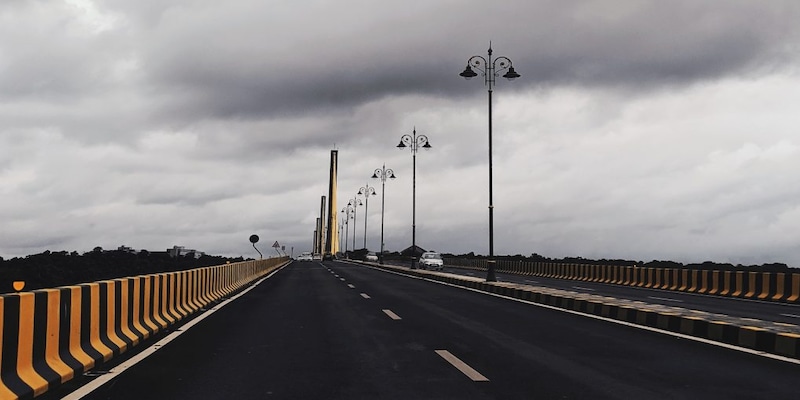 The National Highways Authority of India has invited bids for the fifth bundle of highways under Toll-Operate-Transfer model. The period for concessionaire has been set at 20 years.

The National Highways Authority of India has invited bids for the fifth bundle of highways under Toll-Operate-Transfer model. The period for concessionaire has been set at 20 years.

CNBC-TV18 had exclusively reported on September 15 that NHAI was expected to invite bids for the fifth bundle of highways under TOT within 2-3 weeks and would be inviting bids for smaller stretches of highways with no upfront reserve price.
NHAI has invited separate bids for two stretches of highways in Gujarat under TOT-5 and the cumulative length of these road assets is 160 km. The last date of submission of bids is December 23.
The fifth Bundle consists of 53.6 km road assets under TOT-5(A-1) Palanpur – Radhanpur – Samkhiyali section of NH 27 from km 589.6 to km 536.0 and another 105.9 km of road assets under TOT Bundle-5(A-2) Palanpur – Radhanpur section of NH 27 (from km 536.0 to km 472.8) and Radhanpur – Samakhiyali section of NH 27 (from km 472.8 to km 430.1).
The concessionaire would be required to maintain and operate the stretch for a period of 20 years. In lieu of this, concessionaire will get right to collect and retain user fee for these stretches for 20 years in accordance with prescribed fee rates under NH Fee Rules.
The TOT model was approved by the Cabinet in August 2016. The model is for monetisation of those public-funded national highways which are operational and are generating toll revenues for at least one year after commercial operations.
As per the current terms of TOT projects or PPP (public-private-partnership), the right of collection and appropriation is assigned for a concession period ranging from 15 to 30 years to concessionaires (developers/investors) against upfront payment of a lump sum amount to NHAI. The operation and maintenance obligation of such projects is also with the concessionaire until the completion of the concession period.
Check out our in-depth Market Coverage, Business News & get real-time Stock Market Updates on CNBC-TV18. Also, Watch our channels CNBC-TV18, CNBC Awaaz and CNBC Bajar Live on-the-go!