The Mumbai Metro Line-3 will be the city's first metro line to be completely underground. Running from Cuff Parade to SEEPZ via Bandra, the 33.5-km-long transit line is being built at an estimated cost of Rs 30,000 crore.

The first trains for the upcoming Line-3 of the Mumbai Metro will be delivered in FY 23, according to their manufacturer, Alstom. The French mobility giant's Managing Director for India, Alain Spohr told CNBC-TV18 in an exclusive chat that the work for Mumbai Metro Line-4 trains will also begin in the coming fiscal.

"We are focused on ramping up production of trains for Mumbai Metro Line-3," said Spohr. "Two trains made for Line-3 are ready and already available at Sri City (plant in Andhra Pradesh)," he said, adding, "We need to deliver it to everyone eagerly waiting in Mumbai."
Mumbai Metro Line-3 is probably is the most ambitious project Alstom has undertaken in terms of size and order book. The company is constructing 248 metro cars scheduled to be delivered for the project. Spohr said these trains were some of the "biggest metro trains" he has ever seen. "The Mumbai Metro Line-3 has a unique technical experience since the train is a monster train — it comes with eight cars, is very large, and makes for one of the biggest metro trains I've ever seen," he said. "I’m waiting for the people of Mumbai to ride this train. It will be a game-changer for them. For us, it is one of the most prestigious ongoing jobs today. I'm looking forward with a lot of emotion to see it in operation," he added.
The Mumbai Metro Line-3 will be Mumbai's first metro line to be completely underground. Running from Cuff Parade to SEEPZ via Bandra, the 33.5-kilometre-long transit line is being built at an estimated cost of Rs 30,000 crore. Alstom’s contract alone is worth 220 million euros. 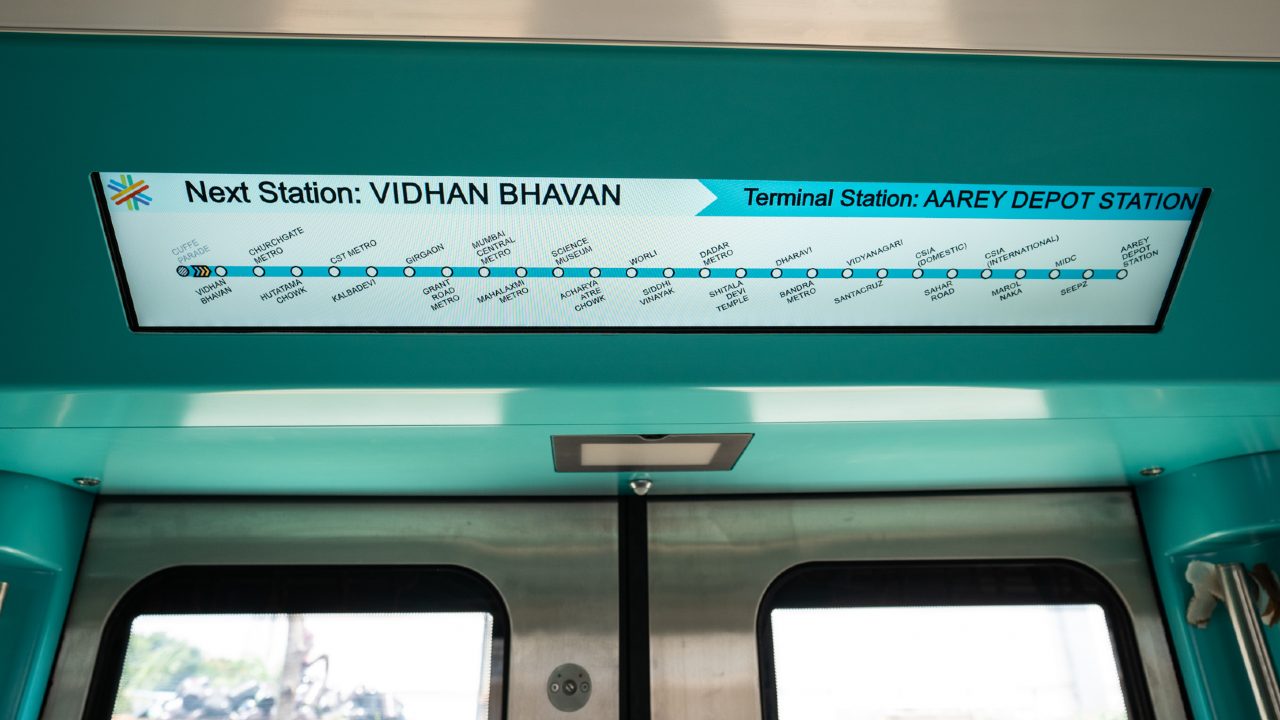 Building trains for Line-3 of the metro — especially along Alstom's large specifications — is expectedly an expensive task. "Given that the line is 100 percent underground, it is expensive to build," said Spohr, "We have had to find every solution to increase the density of passenger capacity, which is one of the drivers of the Mumbai Metro Line-3 along with passenger experience and reliability."
Aside of deliveries for Mumbai Metro, Alstom will target delivering metro cars for the Kanpur Metro, NCRTC, and the Delhi-Meerut Metro project in the next fiscal. The train-maker will also deliver 100 e-locomotives to the Indian Railways, from its plant in Madhepura. A number of Alstom's ongoing projects have been delayed on account of a plant shutdown during the second COVID wave earlier this year. "Our biggest backlog lies in e-locomotives, and we just completed delivering 150 such locomotives,” said Spohr, “We will target delivering another 100 in the next fiscal."
Despite delays, Spohr said the timeline for deliveries of the Mumbai Metro Line-3 trains and e-locomotives will not suffer any further setbacks: "We will compensate for time lost and complete a big part of our pending work by delivering the e-locomotives and the Mumbai Metro Line-3."
Check out our in-depth Market Coverage, Business News & get real-time Stock Market Updates on CNBC-TV18. Also, Watch our channels CNBC-TV18, CNBC Awaaz and CNBC Bajar Live on-the-go!