Infographic: How does a bill become an act?

In the monsoon session of Parliament, both Houses passed 25 Acts. About 15 of them were passed on the last day itself. That begs the question, how does a Bill become an Act?

A Bill is a draft proposal, which needs to be passed in the Lower and Upper House, and only after the President gives his assent, it becomes an Act.

The bill goes through two houses and three readings in both houses to become an Act.

Here's a look at the entire process.

A Bill is introduced in either the Lok Sabha or Rajya Sabha, by a minister or a private member. Whoever introduces the Bill, moves a motion for leave to introduce it. Once the leave is granted by the House, the Bill is introduced.

At this stage, the bill is not discussed.

After the introduction of the bill, it is published in The Gazette of India. However, it can be published before introduction as well by seeking permission from the Speaker. In this case, the Bill is introduced straight away.

The second reading has two stages.

In the first stage, the House discusses the Bill and it can opt to refer it to a select or joint committee of both Houses to elicit an opinion.

In this stage, the Bill is referred to the joint committee or a select committee.

The committee examines the Bill thoroughly and reports to the house. The house then discusses the Bill, clause by clause. Each clause is voted separately. At this stage, the Bill can be sent back for amendments; however, they are put to vote in the House before relevant clauses are disposed.

If the amendments are accepted by a majority of the people, they become a part of the Bill.

A Bill is put to vote by members of the House after a debate on support or rejection of the Bill.

The parliament allows only formal, verbal, or consequential amendments at this stage.

If the bill is rejected by the majority of the members, it is deemed rejected.

However, if a majority of the members accept the Bill, it is deemed as accepted by the House.

The Bill is then sent to the second House. 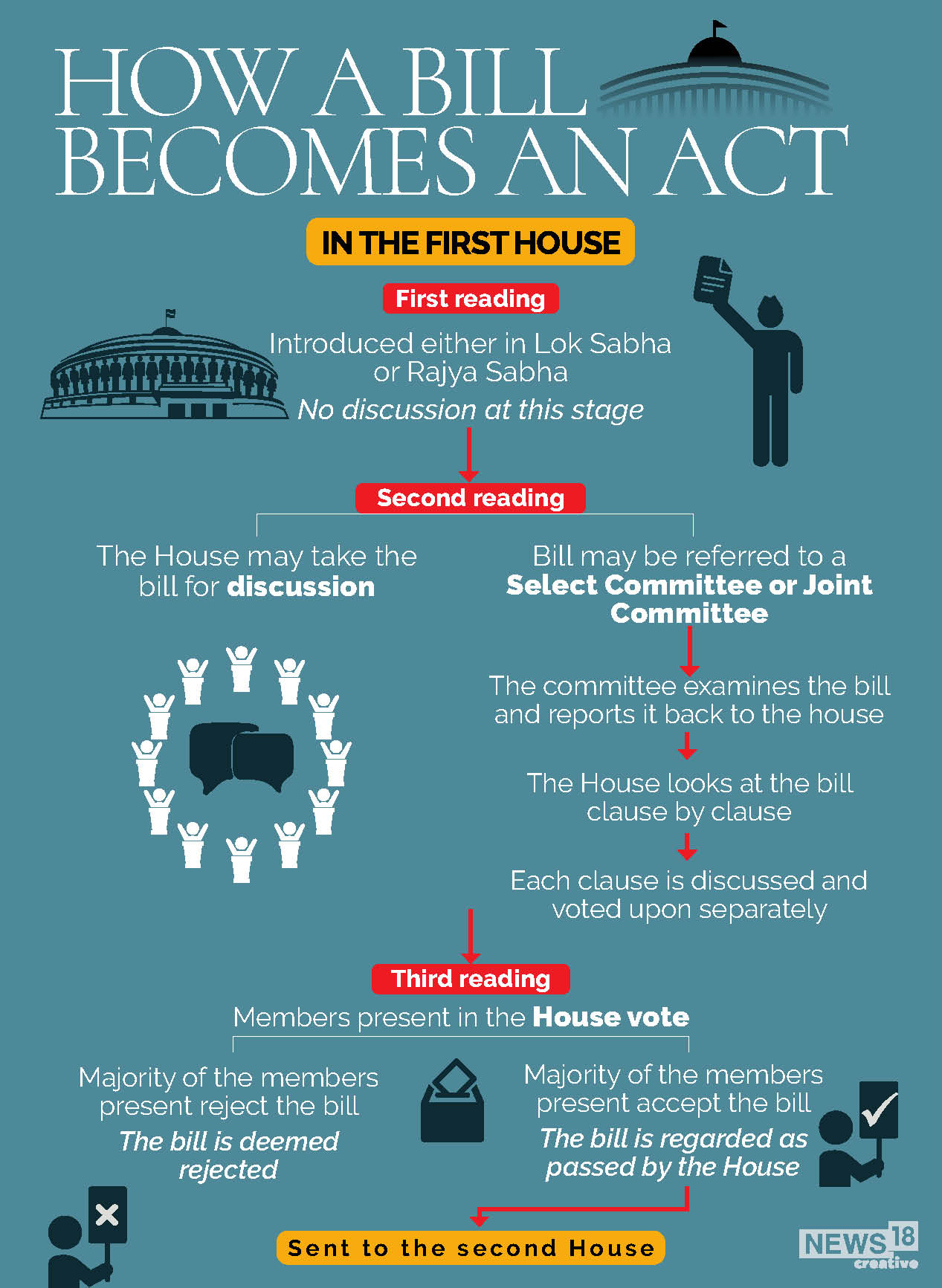 In the second House, the Bill goes through three readings and the outcome it can either be rejected, kept pending, sent back for amendments or is passed.

Once it is passed, a Bill is presented in front of the President of India.

The President has three choices: 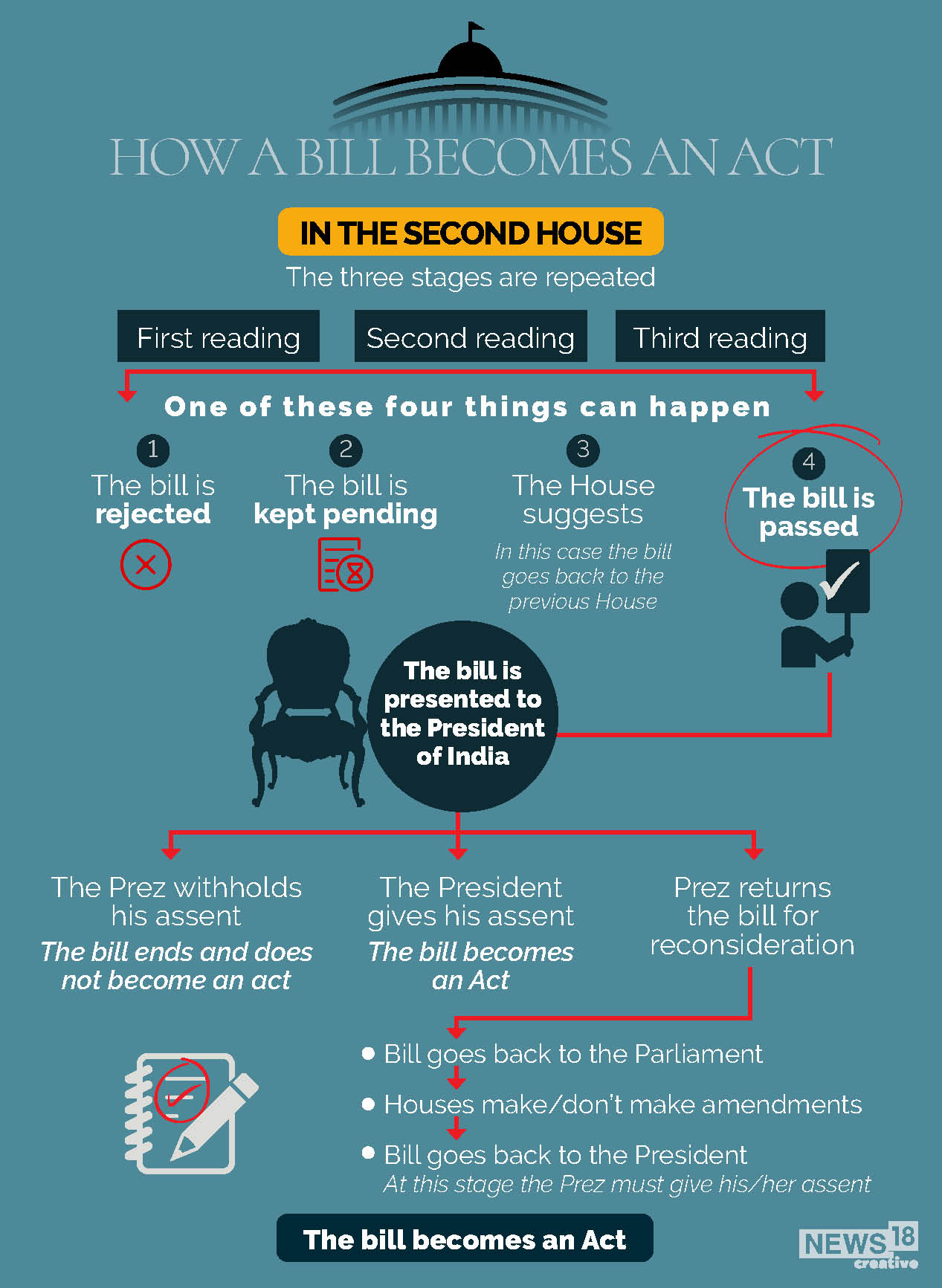 These cases do not apply to money Bills, because the President himself suggests them. The Bill becomes an act on the date of his consent and is published in The Gazette of India.
Tags Lok Sabha Parliament of India President of India Rajya Sabha