Who is Ram V Sutar, the man behind historic monuments in India?

Who is Ram V Sutar, the man behind historic monuments in India? 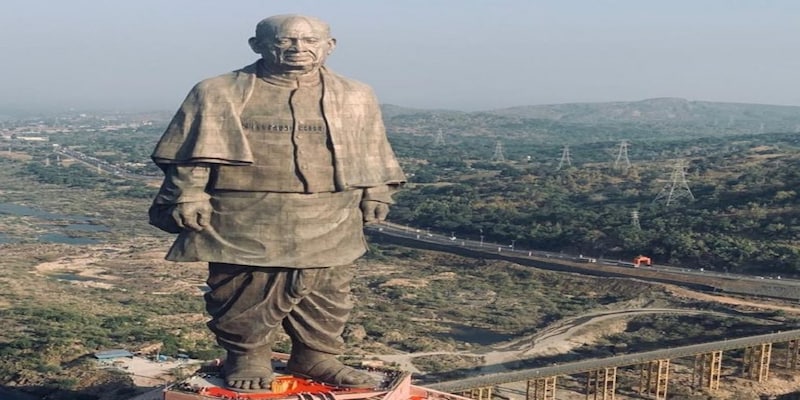 Ram V Sutar is one of India’s most prolific sculptors, who designed the Statue of Unity.

The 108-metre bronze statue of Sri Nadaprabhu Kempegowda by renowned sculptor and Padma Bhushan awardee Ram Vanji Sutar is set to be unveiled in Bengaluru by Prime Minister Narendra Modi on Friday. It is the “first and tallest bronze statue of a founder of a city”, as per ‘The World Book of Records’.

The statue is conceptualised and sculpted by 97-year-old Ram V Sutar, who also sculpted the Statue of Unity. In his 60-year career, Ram Vanji Sutar has built several sculptures, including the statue of Mahatma Gandhi inside the Parliament. He is one of the most prolific and showcased sculptors in the country and copies of his work have been gifted to other nations like England, France and Russia as well.
Who is Ram Vanji Sutar?
Ram Vanji Sutar was born on February 19, 1925, in a low-income family in Gondur village of Dhulia district in Maharashtra. He was initially mentored by Shriram Krishna Joshi and later enrolled at Sir JJ School of Art in Bombay.
After completing his studies, Sutar shifted to Delhi in 1959 where he worked in the information and broadcasting ministry. However, he soon quit his job to start a career as a freelance sculptor. He opened a studio in Delhi’s Laxmi Nagar and shifted to Noida in 1990. In 2004, he founded his studio and also established his casting factory in Sahibabad in 2006.
ALSO READ: Anand Mahindra hits 10 million followers on Twitter: A look at his quirky and popular tweets
Notable works
Between 1954 and 1958, Sutar participated in restoring many antique carvings of the Ajanta and Ellora caves. Sutar's first recognisable creation which set his career off was the 45-foot Chambal monument in Madhya Pradesh. The memorial was made from a single rock, and it was unveiled in 1961. The monument represents Mother Chambal with her two children, Rajasthan and Madhya Pradesh, representing the brotherhood between the two states.
Jawaharlal Nehru also commissioned Sutar to create a 50-foot bronze monument to mark the craftsmanship of workers who constructed the Bhakra Dam as per a News18 report. The Triumph of Labour statue was installed on January 26, 1959, and to this date, it remains a focal point on International Workers' Day celebrations in India on May 1 every year.
Other famous sculptures of Sutar include the 10-feet-long bronze figure of Govind Ballabh Pant in Delhi, a statue of Karpuri Thakur and Bihar Vibhuti Anugrah Narain Sinha in Bihar, a 21-feet-tall statue of Maharaja Ranjit Singh in Amritsar, and the world-renowned Statue of Unity in Gujarat.
ALSO READ: Mumbai Police ban drones, paragliders and other flying objects for one month
Even at this age, the nonagenarian’s desire to work has not diminished and he is still creating amazing pieces of art.
Awards
Ram Vanji Sutar received the Padma Bhushan in 2016 and the Padma Shri in 1999 for his contributions to the arts. Sutar also received the Tagore Award in October 2018.
Check out our in-depth Market Coverage, Business News & get real-time Stock Market Updates on CNBC-TV18. Also, Watch our channels CNBC-TV18, CNBC Awaaz and CNBC Bajar Live on-the-go!