Road washed away in Karnataka, hundreds of UP villages affected; Sikkim on heavy rain alert

Road washed away in Karnataka, hundreds of UP villages affected; Sikkim on heavy rain alert Over 900 villages across 17 districts in Uttar Pradesh and more than 33,000 people in various parts of Assam and adjoining Arunachal Pradesh were affected following heavy rainfall. The situation remained grim in Karnataka too with roads washed away due to heavy downfall.

Meanwhile, the India Meteorological Department (IMD) predicted "heavy rain/thunderstorms and lightning at isolated places over Himachal Pradesh, Uttarakhand, Haryana, Chandigarh and east Uttar Pradesh".
As more rains are predicted in some parts of the country on Wednesday, follow the latest weather updates here. 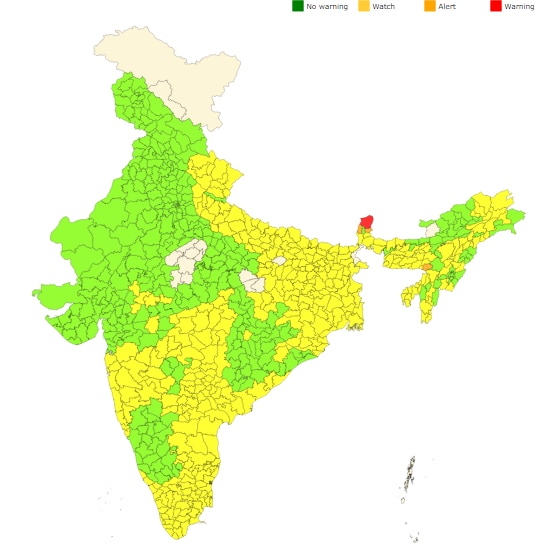 Uttar Pradesh
Most districts of Uttar Pradesh are on yellow alert. The IMD predicted thunderstorms and lightning in several areas on Wednesday.
Over 10 people were killed in rain-related incidents in Uttar Pradesh, officials said on Monday. The situation remains grim in several areas with farmers dealing with heavy crop damage and waterlogging. They also demanded the state government for compensation over crop losses.

We had loaned money to put our crops but all of it has been destroyed due to this unseasonal rain. We've lost all our money, have children at home: Rajeev, a farmer pic.twitter.com/bOD9ZpS86D— ANI UP/Uttarakhand (@ANINewsUP) October 12, 2022 Sikkim
Extremely heavy rainfall is predicted in Sikkim. A red alert has been sounded in Mangan district, while an orange alert has been issued in Gyalshing, Soreng, Gangtok and Pakyong.
Assam
The IMD issued an orange alert, predicting very heavy rainfall in Dima Hasao, Lakhimpur and Dhemaji on Tuesday. Other areas including Sonitpur, Karbi Analog, Sibsagar, Baksa, Cachar, Chirang and Goalpara are also likely to witness heavy rainfall.
Meanwhile, the flood situation prevails in Dhemaji. As per Assam State Disaster Management Authority (ASDMA), 15,084 people have been affected due to the flood situation in the district.

Himachal Pradesh
Himachal, which saw snowfall earlier, might witness light rainfall in Kangra, Hamirpur, Solan, Bilaspur, Chamba, Lahaul-Spiti and Mandi.
Uttarakhand
Dehradun, Pauri Garhwal, Nainital, Bageshwar, Pithoragarh, Champawat are among other districts in Uttarakhand which might see thunderstorms and lightning.
Karnataka
Heavy rains are likely in Raichur, Yadgir, Chikmagalur, Tumkur, Shimoga and Bellary.
Rains have been pounding Karnataka for the past few days. Visuals shared by news agency ANI showed a road washed away in the Koppal district of Karnataka.

#WATCH | Road washed away due to heavy rainfall in the Koppal district of Karnataka (11.10) pic.twitter.com/0j3pOnWjg3

Bengal
The weather department has issued an orange warning of very heavy rain in Kalimpong, Jalpaiguri, Alipurduar and Darjeeling in north Bengal till Wednesday. 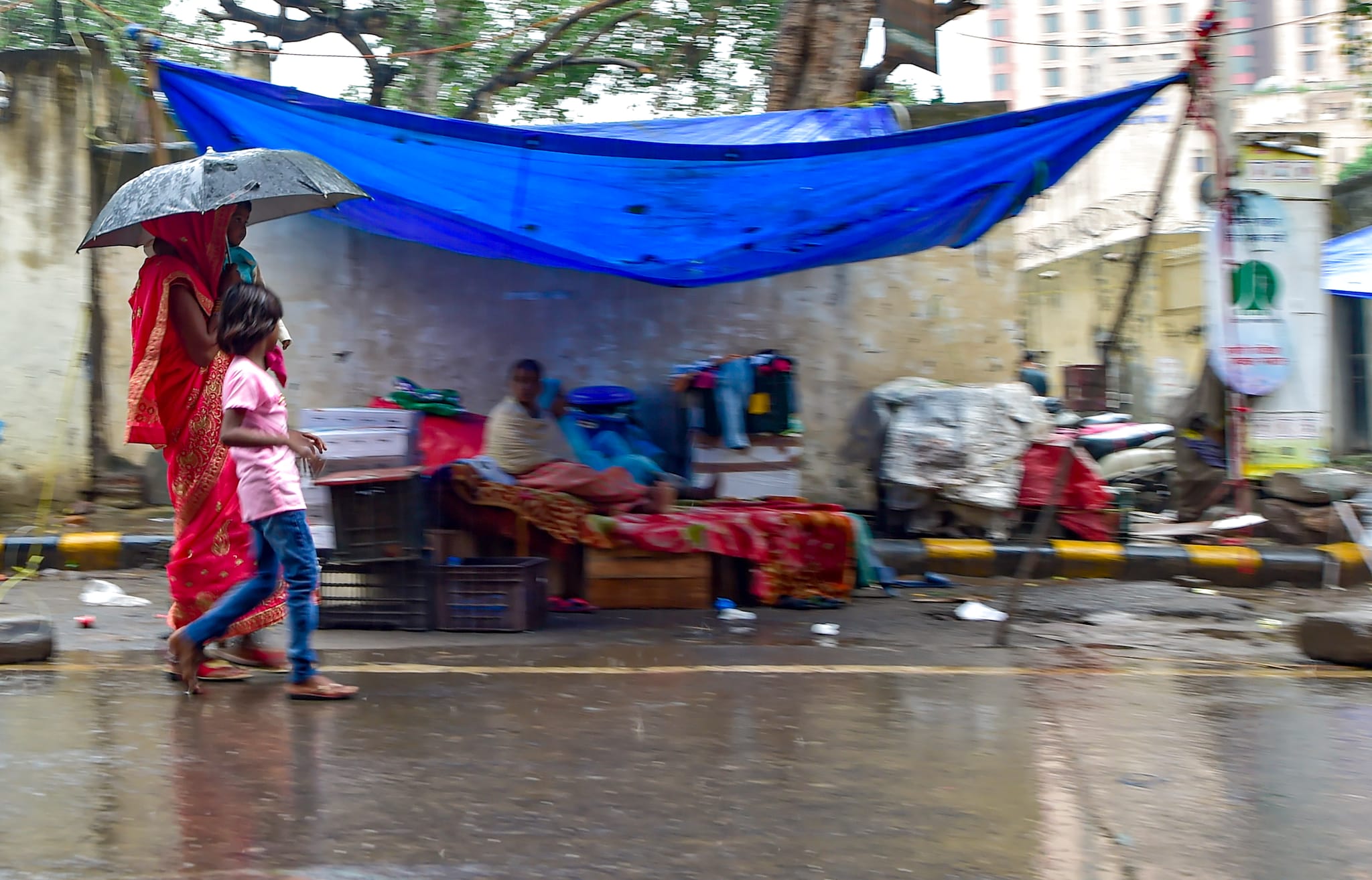 New Delhi: Pedestrians use umbrellas to shield themselves from rain as they walk past a homeless person taking shelter on a footpath. (PTI)
Jammu & Kashmir
Higher reaches in the Pir Panjal mountain range of Poonch district received a fresh spell of snowfall.