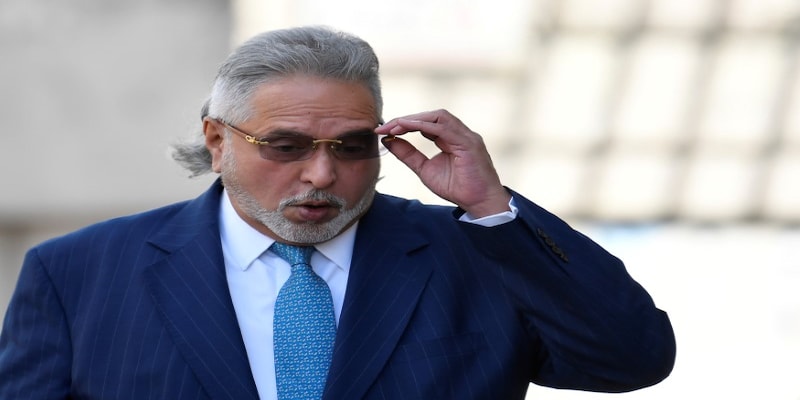 Vijay Mallya is accused of a bank loan default matter of over Rs 9,000 crore involving his defunct Kingfisher Airlines. He is currently residing in the United Kingdom (UK).

Fugitive businessman, Vijay Mallya's lawyer in India, asked the Supreme Court to discharge him from his role on Thursday. The lawyer claimed that he was not receiving any communications from the liquor baron despite repeated attempts.

"I want to be discharged from this matter. I am not receiving any instructions from this man", Live Law quoted Advocate EC Agarwala as telling the bench comprising Justices DY Chandrachud and Hima Kohli.
According to the report, the court allowed the lawyer to follow the case's discharge process. It also asked him to inform the court registry about Mallya's e-mail id and present residential address.
In 2020, the Supreme Court had refused to discharge Agrawala from his capacity, Bar and Bench had reported.
ALSO READ | Interpol Meet: India asks UK to expedite Vijay Mallya and Nirav Modi’s extradition
Mallya is accused of a bank loan default matter of over Rs 9,000 crore involving his defunct Kingfisher Airlines. He is currently residing in the United Kingdom (UK).
In July this year, the Supreme Court had sentenced Mallya to four month in jail for withholding information from the Supreme Court. The court, which was hearing the 2017 contempt case, also imposed a Rs 2,000 fine on Mallya.
In May 2017, the Supreme Court held Mallya guilty of contempt for transferring a $39-million payout by Diageo Plc to his wife and children in violation of court orders, News 18 reported.
Check out our in-depth Market Coverage, Business News & get real-time Stock Market Updates on CNBC-TV18. Also, Watch our channels CNBC-TV18, CNBC Awaaz and CNBC Bajar Live on-the-go!