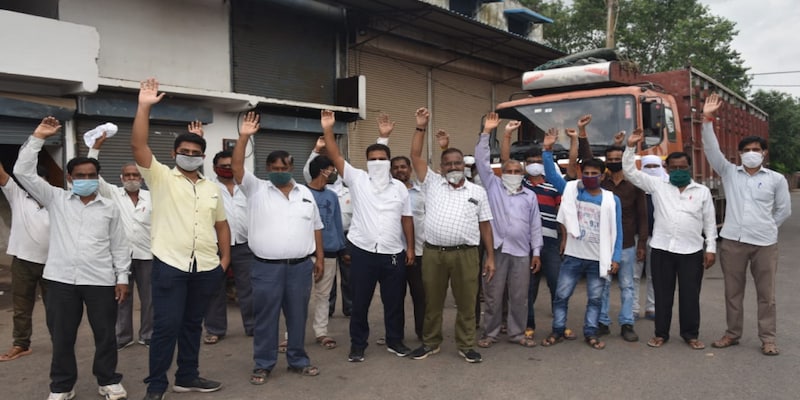 The strike, backed by transporters' associations across the country, has been announced with an agenda to protest corruption by RTOs at illegal border checkposts and demand relief from rising fuel prices

The All India Motor Transporters' Congress has called for a three-day "transport lockdown" in Madhya Pradesh, starting today.

The strike, backed by transporters' associations across the country, has been announced with an agenda to protest corruption by RTOs at illegal border checkposts and demand relief from rising fuel prices, according to AIMTC.
As part of the protest, the road transport fraternity has decided it will not send any trucks to the state of Madhya Pradesh from August 10-12, and the vehicles will instead queue up before its borders.
"It's been two months since we wrote to the Hon'ble PM, Home Minister and all concerned authorities, along with proof regrading corruption and harassment in the state. Illegal RTO border checkposts and their flying sqauds are extorting money from poor truckers against threats of motivated challans," said Naveen Kumar Gupta, Secretary General, AIMTC told CNBC-TV18.
"Nothing has happened so far. Even the Ministry of road Transport & Highways wrote to MP government regarding illegal checkposts in the present GST regime. No action has been initiated against the corrupt," he added.

Along with this primary demand, the strike is also intended to push for action on truckers' asks amid the unprecedented losses faced by the industry in the wake of the COVID-19 pandemic.
These include a waiver of the state taxes and penalty on late deposit of fees and taxes, a reduction in VAT on diesel, which contributes the most to the running cost of commercial vehicles, and COVID Insurance for drivers and co-workers by the government.
"We are utterly disappointed by the abject apathy of the government to contain ongoing harassment, extortion and corruption in the state. The AIMTC State Leadership has decided to observe token chakkajam on 10th, 11th and 12th of August 2020," Kultaran Singh Atwal, President, AIMTC said.
"It would be peaceful in nature and is directed to awake the government to the deteriorating conditions in the state of Madhya Pradesh and receding of its position on the ladder of “Ease of Doing Business” in the country," he added.
The Association has warned that the protest may be extended into an indefinite strike in case the government does not take immediate steps to meet these demands, "even leading to a boycott of the state of Madhya Pradesh."
Check out our in-depth Market Coverage, Business News & get real-time Stock Market Updates on CNBC-TV18. Also, Watch our channels CNBC-TV18, CNBC Awaaz and CNBC Bajar Live on-the-go!