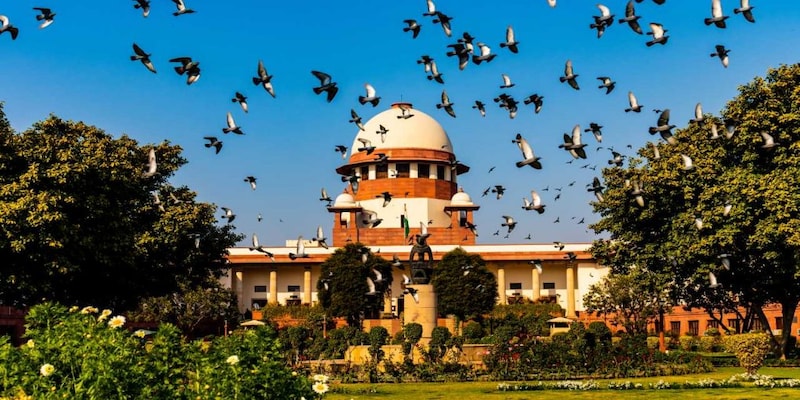 In a unanimous decision taken at a recent full court meeting headed by the CJI, the apex court decided to live-stream proceedings of all constitution bench hearings from September 27, four years after the path-breaking announcement by Justice Misra in 2018.

The Supreme Court live-streamed its constitution bench proceedings on Tuesday. The hearing of pleas challenging reservation for the Economically Weaker Sections (EWS) and the row over control of services between the Centre and the Delhi government were the first regular webcast. Exactly four years ago, on September 27, 2018, the then Chief Justice of India CJI Dipak Misra, heading a bench had delivered the landmark judgement on a live telecast or webcast of important proceedings in matters of constitutional importance, saying sunlight is the best disinfectant. The proceedings can be accessed at webcast.gov.in/scindia/, said an official. A bench headed by Chief Justice Uday Umesh Lalit said the top court will soon have its own platform to live-stream its proceedings instead of having to use YouTube.

"These are the initial stages. We will certainly have our own platforms...We will take care of that (copyright issue)," the CJI said.
In a unanimous decision taken at a recent full court meeting headed by the CJI, the apex court decided to live-stream proceedings of all constitution bench hearings from September 27, four years after the path-breaking announcement by Justice Misra in 2018.
Sanjoy Ghose, a practicing lawyer, said, "Historic day for SC proceedings in India. India has beaten the United States where the SC has still not agreed to LIVE streaming of proceedings. Significant beginning for court proceedings in India, where public gets to see history being made. Books are poor substitutes to visual recordings of history being made."
Satvik Varma said, "Momentous day not just for lawyers but every citizen of India. LIVE streaming doesn't expose the court but makes it more accessible to a courtside view of deliberations within. The public can observe the court, law students will benefit too. LIVE streaming of cases will go up a few notches especially when some of the best advocates argue before constitutional benches. LIVE streaming will bring about judicial discipline especially on the time duration front."
Here are the latest updates from the Supreme Court:
# SC sought responses of the National Investigation Agency (NIA) and the state of Maharashtra to jailed activist Gautam Navlakha’s plea that he be placed under house arrest instead of judicial custody in the Elgar-Parishad case.
# Setback for Uddhav Thackeray camp, Supreme Court says no stay on EC proceedings
The Election Commission of India can go ahead and hear Maharashtra Chief Minister Eknath Shinde's claim over the Shiv Sena party and its symbol of 'bow and arrow', rules Supreme Court. The court dismisses the application by the Uddhav Thackeray faction. "We direct there shall be no stay on proceedings before the election commission," says court.
# Supreme Court reserves order in the matter relating to the constitutional validity of reservations of the EWS in higher education and issues of public employment on the basis of financial conditions.
# Supreme Court Collegium has recommended the elevation of Justice Dipankar Datta, Chief Justice of Bombay High Court, as Judge of the apex court.
# The Constitution Bench headed by Justice DY Chandrachud will hear the Maharashtra political crisis matter between Eknath Shinde and Uddhav Thackeray. The Bench will first hear whether EC can continue hearing proceedings to decide who would control party symbol, party name and identity.
# Constitution Bench headed by Justice DY Chandrachud begins hearing the legal issue concerning scope of legislative and executive powers of the Centre and Delhi government over control of services in the national capital.
The court posts the matter for hearing on November 9.
# People will be able to access the proceedings on their cell phones, laptops, and computers without any hassle.
# On August 26, for the first time since its inception, the Supreme Court live-streamed proceedings of a bench headed by then Chief Justice (since retired) NV Ramana through a webcast portal. It was a ceremonial proceeding as Justice Ramana was to demit office that day.
# Important cases posted for today: Five-judge SC constitution bench to hear a batch of pleas challenging 103rd Constitutional amendment providing 10 percent quota in jobs and admissions to EWS category persons.
Five-judge SC constitution bench to hear plea pertaining to row over control of services in the national capital administration between Centre and the Delhi government.
Plea of BJP leader Hardik Patel in criminal cases.
Plea related to the felling of trees in Mumbai's Aarey forest for the construction of a Metro car shed.
Plea of activist Gautam Navlakha in the Bhima Koregaon-Elgar Parishad case.
Plea relating to 'problems and miseries of migrant labourers' due to lockdowns and other curbs imposed during COVID-19 pandemic.
Plea of former Uttarakhand Chief Minister Trivendra Singh Rawat in a corruption case.
Check out our in-depth Market Coverage, Business News & get real-time Stock Market Updates on CNBC-TV18. Also, Watch our channels CNBC-TV18, CNBC Awaaz and CNBC Bajar Live on-the-go!