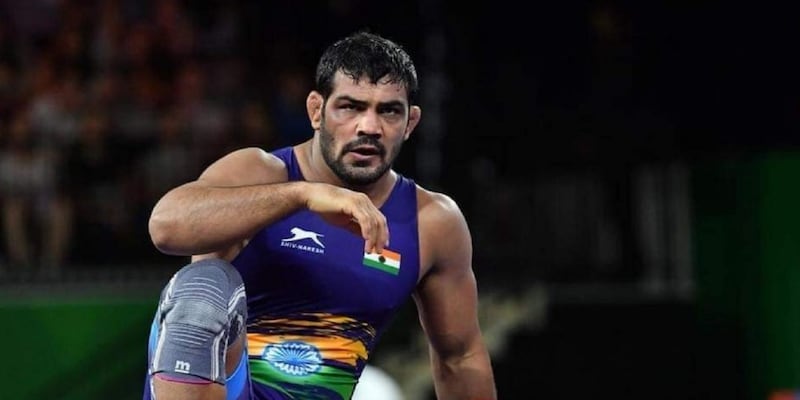 All the 18 accused including Sushil Kumar, arrested in the case, are currently in Judicial custody.

The alleged murder of junior national champion wrestler Sagar Dhankar in May 2021 shocked the sporting fraternity. The involvement of former Olympian Sushil Kumar, who had fled after the incident, only further deepened the mystery. With the Delhi Police finally filing the Forensic Science Lab (FSL) report after a delay of nearly a year just a week back, the case is slowly crawling towards a conclusion.

Wrestler Sushil Kumar and 17 other individuals were accused of beating up Dhankar along with four other junior wrestlers over a property dispute at Delhi’s Chhatrasal Stadium. The injuries were severe and five victims had to be brought to a hospital for treatment, where Dhankar succumbed to injuries.
Delhi Police filed an FIR under relevant sections of the Indian Penal Code (IPC) for murder, kidnapping, lurking, attempt to murder, culpable homicide, criminal conspiracy, robbery and rioting. Videos and photographic evidence showed Kumar and his other associates brutally beating the junior wrestlers.
Sushil Kumar and 17 other accused are currently in judicial custody.  The police stated in its chargesheet that Kumar killed Dhankar over a bruised ego regarding his diminishing clout among the younger wrestlers.
ALSO READ:
Government may make physical verification mandatory for new SIM cards, bank accounts
According to police Parveen Dabas, along with other accused including Sushil Kumar, murdered Sagar Dhankar. Sushil Kumar, Parveen Dabas and his accomplices, armed with hockey sticks and rods, attacked the junior wrestlers on the intervening night of May 4 and May 5 inside Chhatrasal Stadium, Hindustan Times reported. In the attack, Sagar Dhankar, Sonu Mahaal, Amit and others suffered serious injuries, according to Delhi Police special cell.
Here is the timeline of the case:
2021
May 4-5 – The 18 accused beat up the junior wrestlers inside Chhatrasal Stadium. The Police lodges an FIR.
May 22 – Sushil Kumar is finally arrested by the police, after absconding for nearly 20 days.
August 6 – Delhi Police files chargesheet against Kumar and his associates under charges of murder, kidnapping and criminal conspiracy among others.
October 4 – Kumar moves the court for bail.
October 5 – The bail plea is rejected by the court on the basis of prima facie evidence against the Olympian.
ALSO READ: Travel in Mumbai for just Rs 9 during Diwali with BEST’s Super Saver offer`
2022
February 4 – A new bail plea is filed in the Delhi High Court by Kumar.
February 15 – Delhi High Court receives a new plea to transfer the case from Rohini court to protect witnesses.
March 29 – Delhi Police strongly object to granting bail to Kumar.
May 2 – The Delhi HC decides against transferring the case as Delhi Police increase witness protection in and around the court.
October 1 – The Rohini Court reserves its judgment on the case pending the FSL report which is yet to be filed.
October 4 – Delhi Police finally receives the FSL report and it will file a supplementary chargesheet based on the report.
(Edited by : Sudarsanan Mani)
Check out our in-depth Market Coverage, Business News & get real-time Stock Market Updates on CNBC-TV18. Also, Watch our channels CNBC-TV18, CNBC Awaaz and CNBC Bajar Live on-the-go!