President Droupadi Murmu to visit three NE states from November 2 to 5; here is her itinerary

President Droupadi Murmu to visit three NE states from November 2 to 5; here is her itinerary 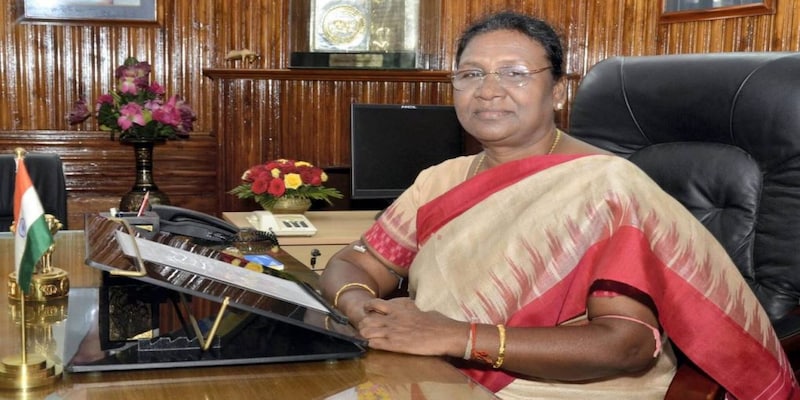 This will be the President’s first visit to the three states of Nagaland, Mizoram and Sikkim after assuming office. Last month, the President visited Assam and Tripura and laid the foundation to several developmental projects and schools

President Droupadi Murmu is scheduled to visit Nagaland, Mizoram and Sikkim during her four-day visit to the North-Eastern states from November 2 to 5.

This will be her first visit to the three states after assuming office. Last month, the President visited Assam and Tripura and laid the foundation for several developmental projects and schools. President Murmu also inaugurated a high-power impact laboratory at IIT Guwahati during her visit last month.
During her four-day visit to the Northeast this month, the President is expected to inaugurate and lay the foundation stone for several state and central government projects.
The President will first visit Nagaland where she will attend the civic reception hosted in her honour by the government at the Capital Cultural Hall in Kohima on November 2, the Rashtrapati Bhavan said in a statement. The civic reception will be attended by leaders and presidents of 22 tribal organisations, who will come dressed in their traditional shawls.
ALSO READ
: Chennai rains: 2 dead, schools shut after record rainfall, yellow alert issued
The President will inaugurate various projects related to education and infrastructure in the state during her visit, including Pradhan Mantri Gram Sadak Yojana (PMGSY) roads, newly constructed government schools, and Kohima Super Market, PTI reported quoting officials.
The following day, President Murmu will visit the Kohima War Cemetery and pay tribute to the fallen soldiers. She will visit the Kigwema village, where she will interact with the village council members and the members of self-help groups (SHGs).
On the same day, the President will move to her next destination, Mizoram, where she will grace the 17th convocation of the Mizoram University at Aizawl. President Murmu will also inaugurate various education-related projects in the state.
On the evening of November 3, the President will be part of a civic reception that will be hosted by the state government in her honour at the Raj Bhavan, Aizawl.
On November 4, President Murmu is scheduled to address the Mizoram Legislative Assembly in Aizawl.
ALSO READ:  Shah Rukh Khan shares Pathaan teaser; 'RIP BO record,' say fans
She will then move to Sikkim where she will attend the civic reception at Gangtok. In Sikkim, President Murmu will virtually inaugurate a number of state and centre-sponsored development projects including Atal Setu at Rangpo on Sevoke-Gangtok road and a two-lane Chisopani traffic tunnel in East Sikkim. The President will also inaugurate the VC Ganju Lama Girls Hostel in Ravongla in South Sikkim.
During her visit to Sikkim, President Murmu will lay the foundation stone for the National Institute of Technology (NIT) at Khamdong in East Sikkim. Among other projects, the President will lay the foundation for the widening and improvement of a road from Namchi to Birdhang connecting West to South districts, a district hospital at Singtam and World Renewal Spiritual Brahmkumari’s Centre at Namchi in South Sikkim.
On November 5, the President will meet women achievers and members of SHGs at Tathagatha Tsal, Ravongla, before returning to the national capital.
(Edited by : Sudarsanan Mani)
Check out our in-depth Market Coverage, Business News & get real-time Stock Market Updates on CNBC-TV18. Also, Watch our channels CNBC-TV18, CNBC Awaaz and CNBC Bajar Live on-the-go!