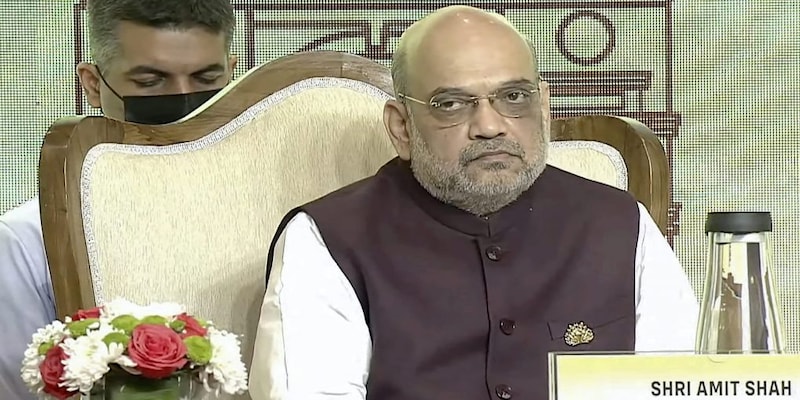 No Money for Terror: Global Trends in Terrorism and Terrorist Financing’, ‘Use of Formal and Informal Channels of Funds for Terrorism’ and ‘Emerging Technologies are among topics that will be discussed at the NMFT conference.

Prime Minister Narendra Modi delivered the inaugural address at the third ‘No Money for Terror’ (NMFT) Ministerial Conference on Counter-Terrorism Financing. The meeting is being held at Hotel Taj Palace, New Delhi. Over 70 countries are likely to participate in the two-day event. Around 450 delegates from across the world, including ministers, Heads of Multilateral organisations and Financial Action Task Force (FATF) Heads of Delegations will attend the meeting.

At the conference, discussions will focus on ‘Global Trends in Terrorism and Terrorist Financing’, ‘Use of Formal and Informal Channels of Funds for Terrorism’, ‘Emerging Technologies and Terrorist Financing’ and ‘International Co-operation to Address Challenges in Combating Terrorist Financing. These discussions will be held in four sessions.
Read highlights of the ‘No Money for Terror’ Ministerial Conference here:
#Union Home Minister Amit Shah met his Bangladeshi counterpart Asaduzzaman Khan and raised the issue of attacks on minorities and temples in that country, official sources said. Shah also had productive exchanges with the Bangladeshi minister on border management and common security-related issues. He raised with Khan the issue of attacks on minorities and temples in Bangladesh, the official sources said.
#Terrorism is undoubtedly the most serious threat to global peace and security, but terror financing is more dangerous than terrorism itself, Union Home Minister Amit Shah said on Friday. To achieve the goal of "No Money for Terror", the global community must understand the "Mode - Medium - Method" of terror financing and adopt the principle of 'One Mind, One Approach' in cracking down on it, he said .
#Union Home Minister Amit Shah said terrorism is the most serious threat to global peace and security but financing of terror is "more dangerous". Addressing a session at the third 'No money for terror ministerial conference on counter-terrorism financing', he said terrorists are constantly finding new ways to carry out violence, radicalise youth and raise financial resources. The darknet is being used by terrorists to spread radical content and conceal their identities, he said. "Additionally, there is an increase in the use of virtual assets like cryptocurrency. We need to understand the patterns of these darknet activities and find their solutions," Shah said.
# Amit Shah: "After Aug 2021, there have been vast changes in the situation in South Asian region. Change in power, and rise in influence of ISIS and Al Qaeda have emerged as a major challenge to regional security. The new equations have made the issue of terror financing even more serious."
# Home Minister Amit Shah, while speaking at 'No Money for Terror’ Conference at Delhi, said, "Terrorists are spreading violence, radicalising youth and finding new ways to financial sources. To conceal their identity and spread radical material, terrorists are using dark net. Use of virtual assets like cryptocurrency also rising.

We'll have to analyse & understand the pattern of such activities taking place on the dark net & find solutions to them. Unfortunately, there are some countries that want to weaken or destroy our collective resolution of combating terrorism: HM at 'No Money for Terror’ Conference pic.twitter.com/tpVmKmTyQC

# "There has been a significant reduction in terrorist activities in India during the leadership of PM Modi in the past 8.5years. There has also been a large decrease in the overall economic impact of terrorism on India during this period," NIA DG said while speaking at 'No Money for Terror’ Conference.
# NIA DG Dinkar Gupta is speaking at 'No Money for Terror’ Conference in Delhi. "PM Modi's zero-tolerance policy to terrorism and whole of government approach along with the strong and resolute leadership provided under him has brought significant change in the security scenario of the country," he said.
# PM Modi: "India is helping built global momentum against terror funding. The intention is to bring the world together and taking the war against terrorism to the next level."
# "It is important that we jointly address the problem of radicalisation and extremism. Anyone who supports radicalisation should have no place in any country," PM Narendra Modi at 'No Money for Terror’ Conference in Delhi.
# "New technologies are being used for terror financing and recruitments. Challenges from the dark nets, private currencies and more emerging. There's a need for a uniform understanding for new finance technologies. It is also important to involve private sector in these efforts. A unified system of check and balances and regulations can emerged," he said.
# PM Modi: "Organised crimes should not be seen in isolation. These gangs often have deep links with terrorist outfits. The money made in gun running, drugs and smuggling is pumped into terrorism. These groups help with logistics...action against organised crime is extremely important in fight against terror. At times, even activities like money laundering and financial crimes have been known to help terror fundings. Fighting it needs, global collaboration.
# PM Modi spoke about state-sponsored terrorism.

#WATCH | At 'No Money for Terror’ Conference, PM says, "...Well known that terrorist orgs get money through several sources-one is state support. Certain countries support terrorism as part of their foreign policy. They offer political, ideological & financial support to them..." pic.twitter.com/JwsK8qzVUR

# PM Modi calls for use of technology to combat terrorism. "We must be careful. The answer is not demonising technology, instead it is the use of technology to tackle and trace terrorism," he said.
# PM Modi: "Uprooting terrorism needs a larger, proactive, systemic response. If we want our citizens to be safe, we cannot wait until terror comes to our homes. We must pursue terrorists, break their support networks and hit their finances."
# "All terrorist attacks deserve equal outrage and action," said PM Modi.

# Fighting terrorism and fighting terrorist are different, said PM Modi at global meet. He said, "International organisations must not think the absence of war means peace. Proxy wars are also dangerous and violent. There's must be a cost imposed on countries that support terrorisms." Pakistan and China have been accused of supporting terrorism in the past.
# "There's no place for an ambiguous approach while dealing with a global threat. It is an attack on humanity, freedom and civilization...only a uniform, unified and zero-tolerance approach can defeat terrorism," PM Modi said.
# PM Modi is delivering his inaugural address at NMFT global meet. "Significant that this conference is happening in India. Our country faced horrors of terror long before world took serious note of it. Over the decades terrorism in different forms tried to hurt India but we've fought terrorism bravely," said the PM at ‘No Money for Terror’ Conference in Delhi.
# China will skip the global meeting on 'No Money for Terror' conference, sources told News 18. China was invited to attend this conference. According to a report in NDTV, Pakistan and Afghanistan were not invited to the meet.
# PM Modi to address global meet in Delhi on terror funding at 9:45 today

He will address the conference shortly. pic.twitter.com/JeqdqEL2r9— ANI (@ANI) November 18, 2022