Zero-tolerance policy, use of technology — How PM Modi hopes to combat terrorism

Zero-tolerance policy, use of technology — How PM Modi hopes to combat terrorism 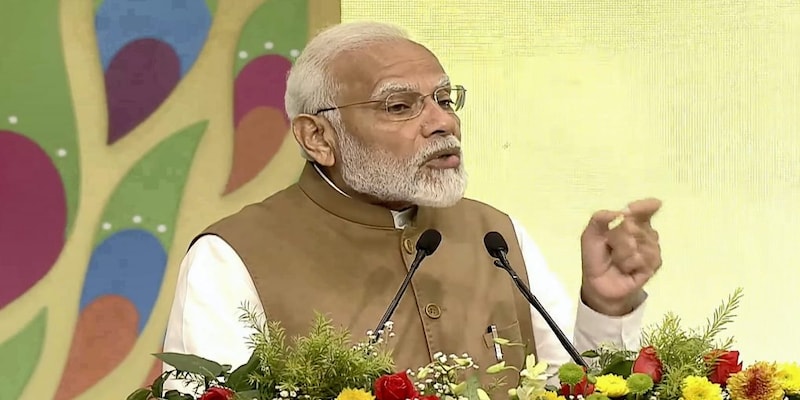 No Money for Terror meet: Prime Minister Narendra Modi said, "The intention (of organising this meet) is to bring the world together and take the war against terrorism to the next level

Prime Minister Narendra Modi called for a 'zero-tolerance policy' to combat terrorism and said "a cost must be imposed on countries" that are supporting terror activities. He was speaking at the third ‘No Money for Terror’ (NMFT) Ministerial Conference on Counter-Terrorism Financing being held in Delhi on Friday.

While addressing the delegates at the meet, PM Modi said India is helping build a global momentum against terror funding. "The intention (of organising this meet) is to bring the world together and take the war against terrorism to the next level," he added.
Follow live updates on No Money for Terror meet here
He spoke about ways the world can fight terrorists and terrorism. Here are the key takeaways from his speech at the global meet.
> On zero-tolerance approach: The Prime Minister said there's no place for an ambiguous approach while dealing with a global threat. "It is an attack on humanity, freedom and civilization...only a uniform, unified and zero-tolerance approach can defeat terrorism," he said.
> On state-sponsored terrorism: While talking about state-sponsored terrorism, PM Modi said, "International organisations must not think the absence of war means peace. Proxy wars are also dangerous and violent. There must be a cost imposed on countries that support terrorism." He added, "Fighting terrorism and fighting terrorists are different." 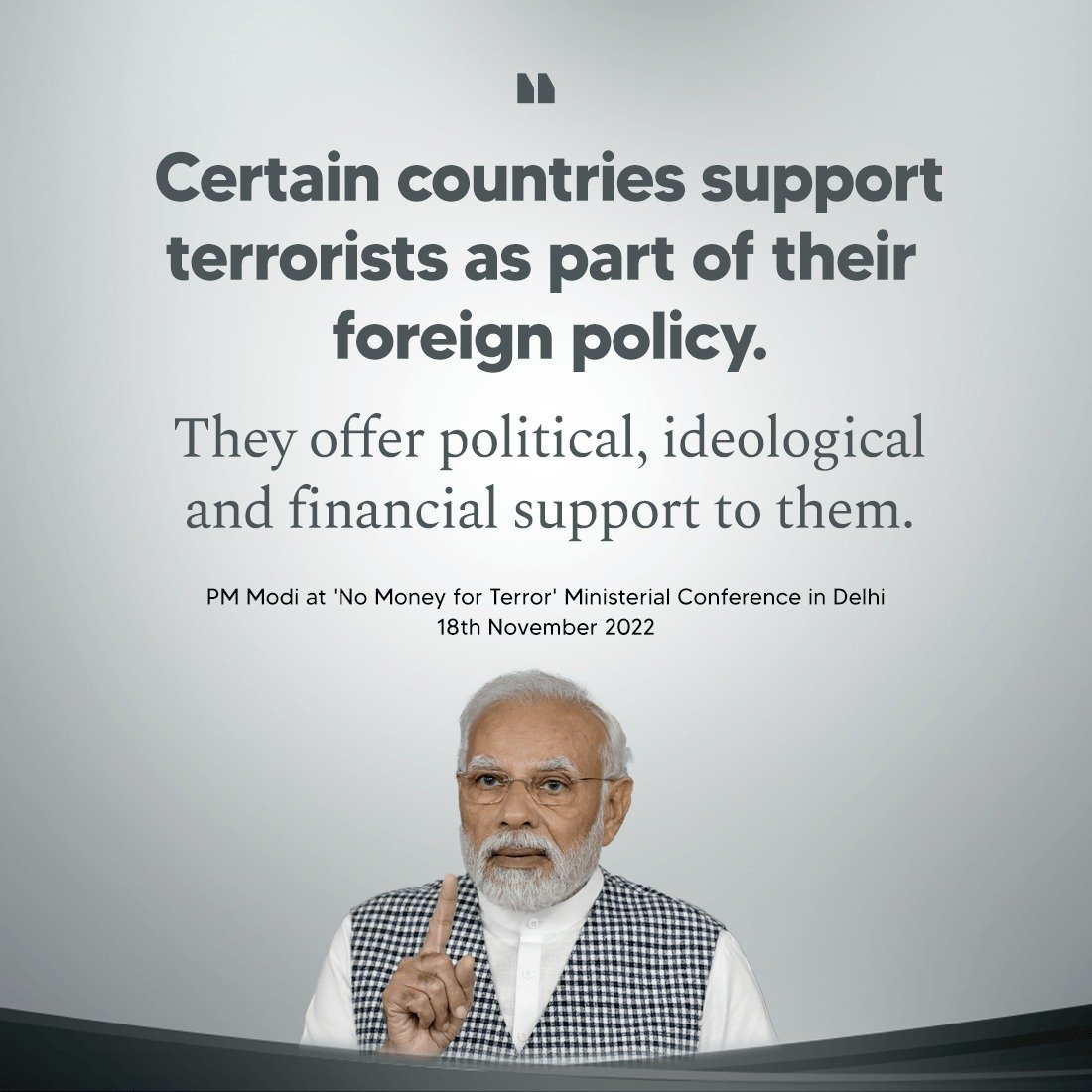 > Technology Vs technology: PM Modi called for use of technology to combat terrorism. He said new technologies are being used for terror financing and recruitment. Suggesting some solutions to combat the same, he said one must not "demonising technology, instead it is the use of technology to tackle and trace terrorism".
"There's a need for a uniform understanding of new finance technologies. It is also important to involve the private sector in these efforts. A unified system of checks and balances and regulations can emerge," he said. > On organised crimes: PM Modi emphasised that organised crimes should not be seen in isolation. "The money made in gun running, drugs and smuggling is pumped into terrorism. These groups help with logistics...action against organised crime is extremely important in the fight against terror.
> On financial crimes: "At times, even activities like money laundering and financial crimes have been known to help terror findings. Fighting it needs global collaboration," he said. 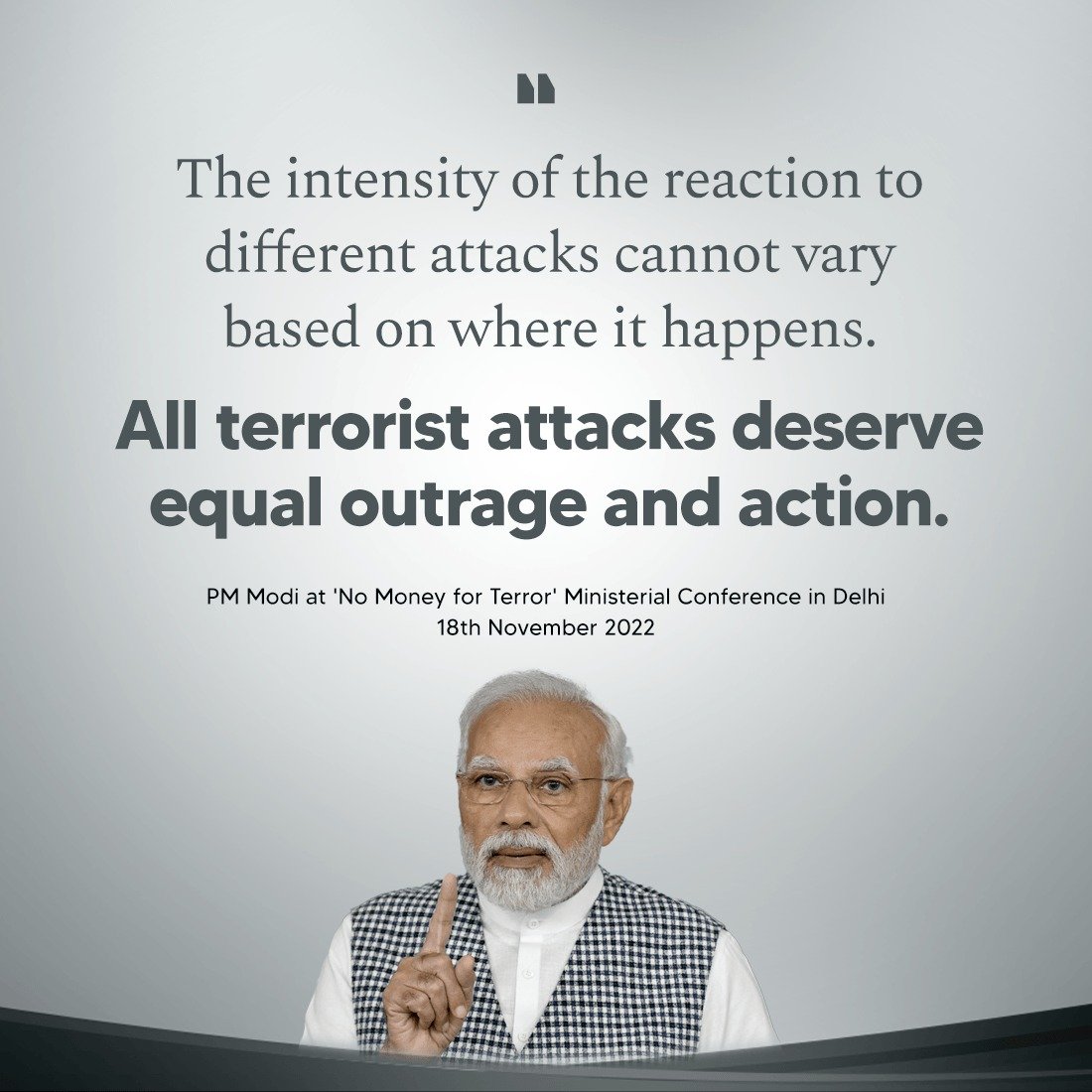 > On extremism: He highlighted the importance of jointly addressing the problem of radicalisation and extremism. "Anyone who supports radicalisation should have no place in any country," PM Narendra Modi said at the 'No Money for Terror’ Conference in Delhi.
Check out our in-depth Market Coverage, Business News & get real-time Stock Market Updates on CNBC-TV18. Also, Watch our channels CNBC-TV18, CNBC Awaaz and CNBC Bajar Live on-the-go!