As Indians across the country observe 'National Milk Day,' here is a look at the per capita daily milk availability in various states and union territories.

India observes November 26 as National Milk Day since 2014  to commemorate the birthday of Dr Verghese Kurien. Kurien, father of India's white revolution is also known as the 'Milk Man of India.' He was the man behind Operation Flood—known as the world’s largest agricultural program. In addition to establishing numerous institutions that are run by various farmers and workers, Kurien played a key role in the establishment and success of the popular dairy brand Amul. 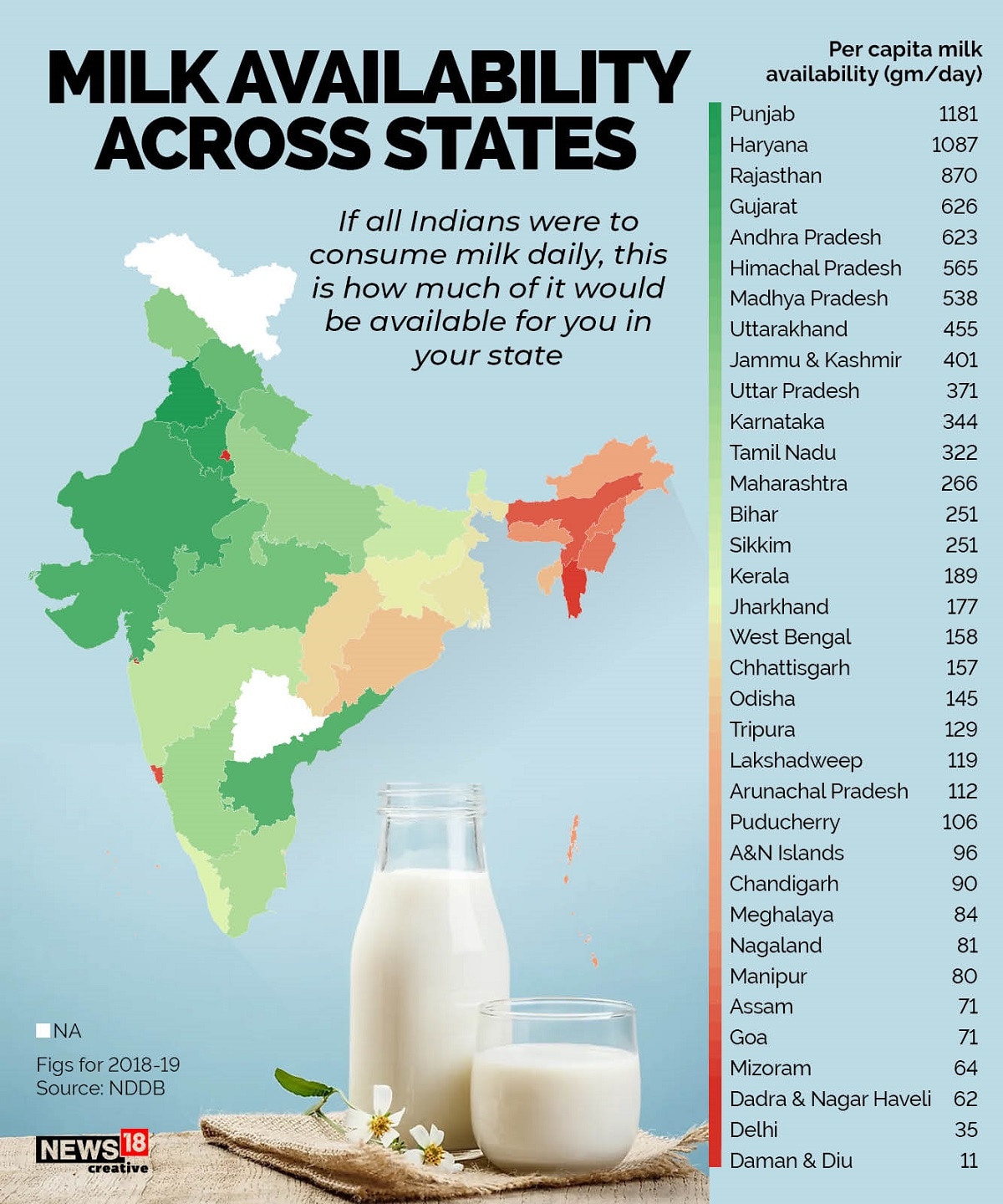