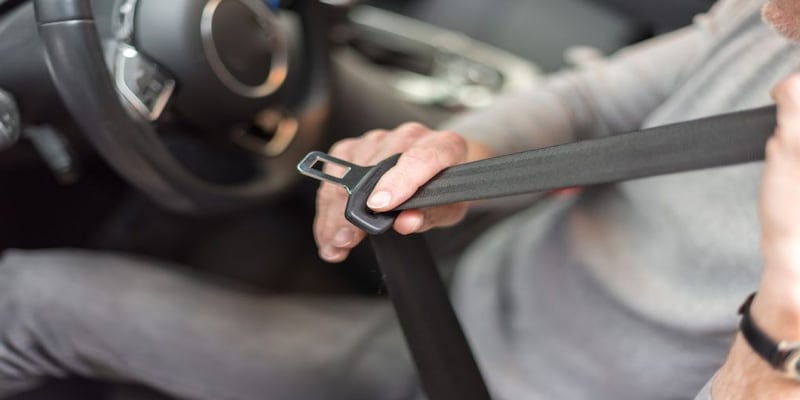 The traffic police have been directed to take action against the drivers not wearing seat belts, the official said, adding that they will issue warnings to the passengers of four-wheelers that do not have rear seat belts.

Wearing seat belts will be compulsory for four-wheeler drivers and co-passengers in Mumbai from November 1. Mumbai Traffic Police began a seat belt awareness drive for 10 days, starting today, following which action will be taken.

From November 11, strict action will be taken against defaulters who will be found seated in cars without a seatbelt - even in back seats, said the Mumbai Traffic Police.
A traffic police official said sensitising errant four-wheeler drivers and co-passengers will be the focus of police. The Mumbai Police had in October issued a notification saying it will be mandatory for the driver and co-passengers to wear seat belts from November 1.
"While taking action against motorists and co-passengers, our focus will be to sensitise the drivers, and co-passengers found not wearing seat belts," he said.
The traffic police have been directed to take action against the drivers not wearing seat belts, the official said, adding that they will issue warnings to the passengers of four-wheelers that do not have rear seat belts.
Police will ask the owners of such cars to install the rear seat belts.
As per the Motor Vehicles (Amendment) Act, whosoever drives a motor vehicle without wearing a safety belt or carrying passengers not wearing seat belts shall be punished.
In September, former chairman of Tata Sons Cyrus Mistry was killed in a road accident in the adjoining Palghar district last month and a probe into the crash revealed the businessman, who was on the rear seat of the Mercedes car, was not wearing a safety belt.
The car was speeding and Mistry died due to the impact of the crash after his vehicle hit the divider of a bridge on the Surya river in the neighbouring district.
With inputs from PTI
Check out our in-depth Market Coverage, Business News & get real-time Stock Market Updates on CNBC-TV18. Also, Watch our channels CNBC-TV18, CNBC Awaaz and CNBC Bajar Live on-the-go!