Thirteen people died and 15 others were rescued after a Maharashtra Roadways bus fell off the Khalghat Sanjay Setu in the Dhar district of Madhya Pradesh on Monday. The bus was travelling from Indore to Pune.
"Till now, 13 bodies have been recovered. A rescue operation is underway. I have spoken with Maharashtra CM and Deputy CM. We are making every possible arrangement. Directions have been given for a probe," Madhya Pradesh Chief Minister Shivraj Singh Chouhan told ANI.

The state government decided to provide a relief amount of Rs 4 lakh each to the families of the deceased who lost their lives in the bus accident. news agency ANI reported. The Prime Minister's office also announced ex gratia of Rs 2 lakh each to the next of kin of those who died in the accident. The injured would be given Rs 50,000. 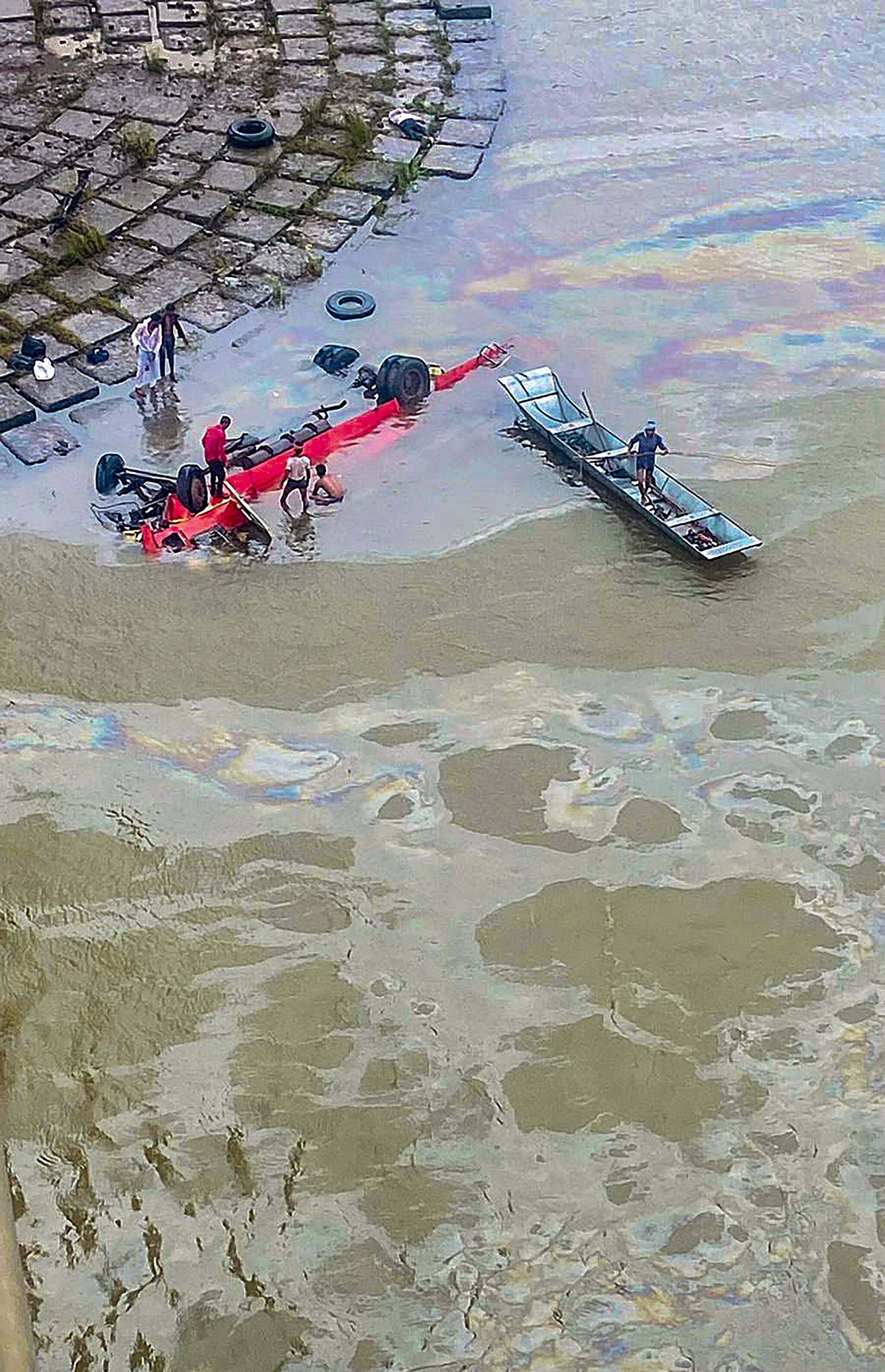 An ex-gratia of Rs. 2 lakh each from PMNRF would be given to the next of kin of those who lost their lives due to the bus tragedy in Dhar, Madhya Pradesh. The injured would be given Rs. 50,000: PM @narendramodi

Prime Minister Narendra Modi extended his condolences over the death of 12 people in the road accident. "Rescue work is underway and local authorities are providing all possible assistance to those affected," said PM Modi.

The bus tragedy in Dhar, Madhya Pradesh is saddening. My thoughts are with those who have lost their loved ones. Rescue work is underway and local authorities are providing all possible assistance to those affected: PM @narendramodi

Meanwhile, Shivraj Singh Chouhan said he's in constant touch with Dhar district administration and arrangements have been made to provide proper treatment to the injured.

Maharashtra Chief Minister Eknath Shinde has also instructed the Maharashtra State Road Transport Corporation (MSRTC) to provide ex gratia of Rs 10 lakh each to the kin of the deceased in the MSRTC bus accident in Narmada river.
"Deeply saddened due to loss of (lives) of many passengers in the bus accident in Dhar, Madhya Pradesh. My heartfelt condolences to the bereaved families who lost their loved ones in this accident. I wish the injured people a speedy recovery," President Ram Nath Kovind tweeted in Hindi.
Aaditya Thackeray also expressed grief and said, "Deeply saddened by the tragic ST bus accident in Dhar District of Madhya Pradesh. My heartfelt condolences are with the grieving families and wish a speedy recovery for the injured passengers."
(Edited by : Priyanka Rathi)
Check out our in-depth Market Coverage, Business News & get real-time Stock Market Updates on CNBC-TV18. Also, Watch our channels CNBC-TV18, CNBC Awaaz and CNBC Bajar Live on-the-go!